Gyllenhaal is creepy good in 'Nightcrawler' 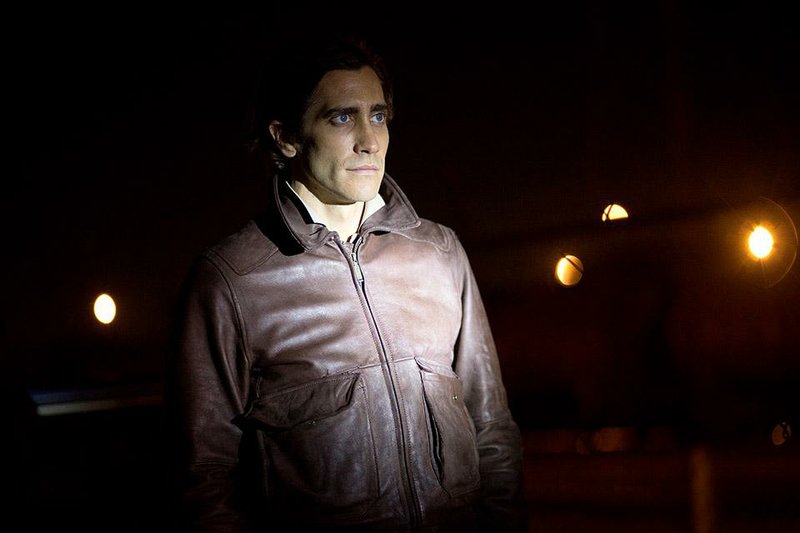 Louis Bloom (Jake Gyllenhaal) discovers he can make a lot more money filming atrocities for TV news programs than he can ripping off construction sites in Nightcrawler, a thriller written and directed by Dan Gilroy.

At this point, don't we get the local TV news coverage we pretty much deserve? With its endless parade of celebrity gossip; barely concealed infomercial preening; tabloid-like lack of empathy for its demoralized, murdered or brutalized subjects; and subservience to the exploitative bottom-feeding culture that delights in bloody exhibition and shock-value spectacle, what passes for a local news broadcast in many American cities is like reading a lurid pulp novel with absolutely none of its moral register. 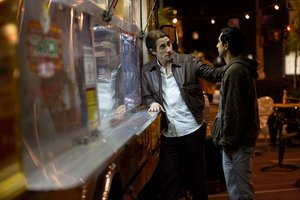 None of this is new in our culture, of course, but what has changed is the way in which this fodder can be captured and brought to our notice. From camera phones to cheap high definition camcorders, local broadcast affiliates' desire for new degradation to promote to the hyper-titillated public remains well-nigh insatiable, which, in turn, creates the market for a rag-tag army of people willing to gather this material at any cost.

Rating: R, for violence including graphic images, and for language

This includes individuals such as wildly persistent sociopath Louis Bloom (Jake Gyllenhaal), whom, with his deep-set, raccooned eyes and stringy, creepy hair, looks less like a journalist (which I know isn't necessarily saying much) than the kind of embalmer who might be tempted to take a selfie or two next to an open chest cavity for kicks. When we first meet him, he's busy cutting a fence near a train station in order to steal scrap metal he can sell, stopping only to savagely murder a security guard who spies him in the act.

He's an empty shell, a Travis Bickle-like enigma in search of an identity he can graft onto himself in order to be able to present some sort of human-like facade to the outside world. An otherwise blank jigsaw puzzle, with just a spatter of blood to use as a clue. To this purpose, he eventually settles on recording violent crimes, horrific car accidents and deadly house fires, along with their aftermath, selling his footage to a local news affiliate, whose news director, Nina (Rene Russo), is in desperate need of his services -- no questions asked -- to help bolster the flagging ratings of her early morning news broadcasts.

Louis takes to his new pursuit with customary zeal, a crooked heart and the necessary shamelessness the position demands. Poking his camera where it decidedly doesn't belong, and disturbing existing crime scenes to make them more visually appealing, Louis quickly learns the ropes and becomes more and more indispensable for Nina, a dangerous position for such a man to be in.

His coup de grace comes one night as he hears of a massive home invasion at a swank mansion on the outskirts of Los Angeles, and arrives there first on the scene, in time to get footage of the perpetrators fleeing out the front door and into their getaway van. Rather than turn this crucial footage immediately in to the police, Louis correctly surmises it will be worth far more if he can use his singular knowledge of the criminals' identities to ensure his being able to film their arrest, so he sits on it, and releases only his quick aftermath tour of the house and the bodies left inside.

As his success continues, Louis is also able to smartly expand his business, sometimes at the cost of deliberately sabotaging his rivals -- going so far as to cut the brakes on one of their vans, leading to the carnage of a car accident which he is then able to capture on film and sell (win, win!) -- and hiring a completely inexperienced additional shooter (Riz Ahmed) to assist him. He's an inhuman monster, but the very qualities that make him completely unfit for human interaction also turn out to be extremely lucrative in the roughneck, non-ethical world of mass media.

Through it all, Louis spouts an endless stream of business boilerplate ("Good things happen to those who work their asses off!") and nonsensical axioms ("A friend is a gift you give yourself"), designed to distract from his unwieldy lack of human communication skills. The film is a stealthy satire, but also as relentlessly bleak and harrowing as the world it so coolly depicts. It can be funny in a twisty sort of way, but never without its dark convictions. Dan Gilroy, the talented writer/director, and brother of fellow screenwriter/director Tony Gilroy (Michael Clayton), dips his characters in a kind of moral acid-wash in order to reveal the crawling, slithering goings-on under the flimsy film of their skin.

Gyllenhaal, never one to shy away from the darkness of a character's soul, is absolutely in his element. The mark of a fine actor is he can play roles in which he's the charismatic flame (Source Code, End of Watch), or turn around and be the far more creepy moth (Donnie Darko, Enemy) with equal persuasion. He plays Louis, a man without any kind of moral center, with such fervent fanaticism that we grudgingly have to admire his drive even as we recoil from his methodology. That he is praised, and eventually exalted, for his twisted efforts, is entirely the point. You could say he has found a way to play to his strengths and bury his weaknesses -- along with some bodies along the way -- en route to his eventual career triumphs. As he likes to put it to his miserable, bedraggled subjects, "If you're seeing me, you're having the worst day of your life."