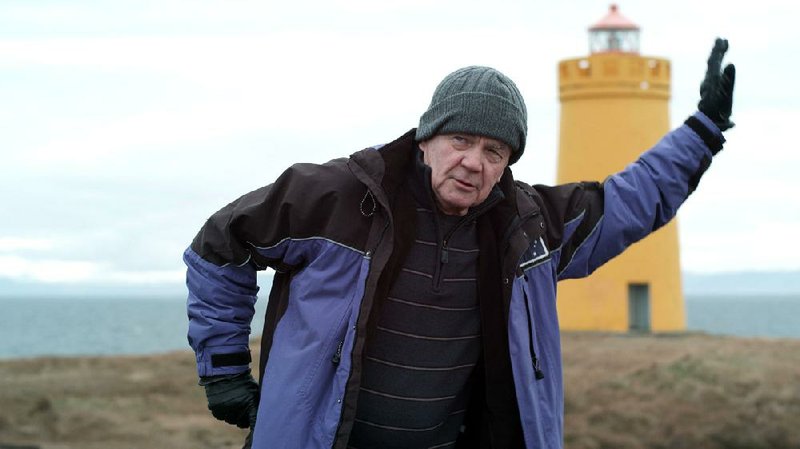 A couple of weeks ago, during the podcast we've started doing for our public radio station, we touched on the subject of plot-light movies such as Richard Linklater's Boyhood and Guardians of the Galaxy. As obviously different -- and excellent in their own ways -- as these films are, neither is as much about what happens as the way in which it happens.

You might say the same about Land Ho!, a pleasantly negligible buddy movie from writer-directors Martha Stephens and Aaron Katz that's about two 60-something Americans touring Iceland. That's really more pretext than plot, but the result is a mildly amusing picaresque that's sustained by the mutual affection of this odd couple, former brothers-in-law looking to prove to themselves and each other that they're "not dead yet."

Rating: R, for some language, sexual references and drug use

And they're not, though things have been better. Having been left by his second wife and forced to resign as a surgeon, Mitch (Earl Lynn Nelson) clutches fast to his image of himself as a marijuana-smoking rake, even as he secretly fears he's becoming ridiculous. He's all bravado and bluster and inappropriately lewd, with a cracking, broad Kentucky accent. He's also terribly lonely, which causes him to coerce soft-spoken widower Colin (Paul Eenhoorn), an expatriate Australian, to join him on a luxury trip to Iceland.

There these two not-quite-geezers undertake a series of not-quite-novel adventures. They harmlessly flirt with vacationing graduate students -- Mitch's cousin Ellen (Karrie Crouse) and her friend Janet (Elizabeth McKee) -- whom they take to Reykjavik's finest fish restaurants and an expensive disco (where the two buddies are 30 years older than everyone else). After the young women depart, the guys rent a Hummer and take in the country's scenic wonders.

What holds our attention is the interplay between Mitch and Colin, who feel like people we might know. Mitch is obviously over-compensating, but there's also something dark running beneath Colin's gentle demeanor. Nelson has the showier part, but in the end it's Eenhoorn who rescues the film from mundanity. While I'm speculating, it feels as if the actors are playing slightly broader versions of themselves: Nelson is a surgeon who occasionally acts (he appeared in Stephens' earlier features Passenger Pigeon and Pilgrim Song). Eenhoorn is an Australian who now calls Seattle home.

There's no huge emotional payoff here (the film's shambling nature reminds me of the Dutch documentary Ne me quitte pas, about two aging working-class alcoholics), just an hour and a half of pleasant company. Land Ho! may be plotless, but it's not pointless.