Getting ball to McKissic an emphasis for ASU 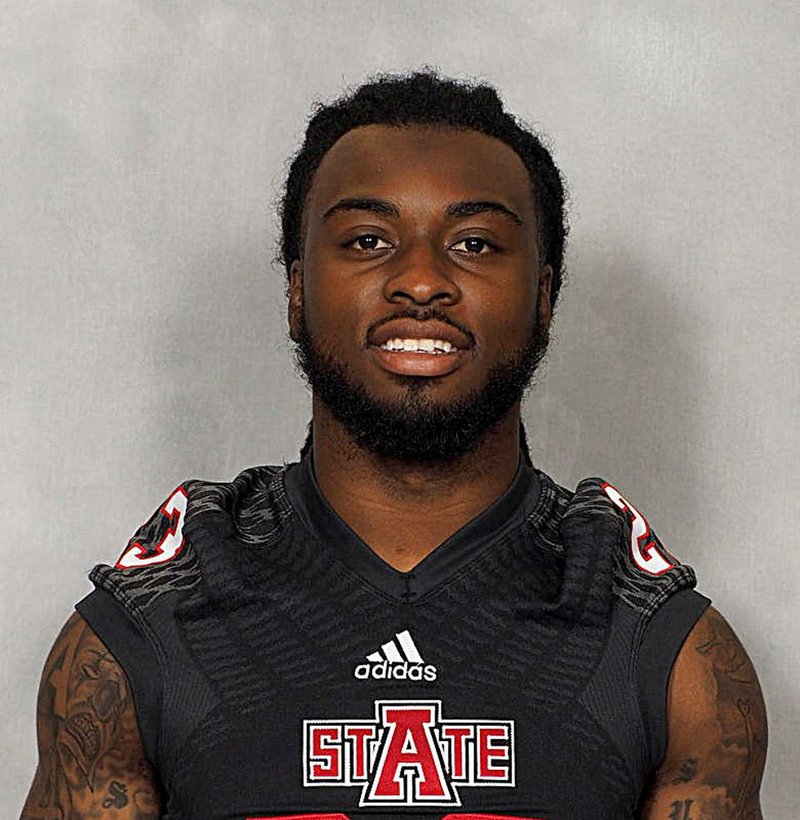 JONESBORO -- J.D. McKissic answered a question before it could be asked earlier this week.

It was as if Arkansas State's junior wide receiver knew it was coming.

"One-hundred percent," McKissic said when asked about the health of the shoulder he injured during Saturday's loss at Tennessee.

Questions about McKissic's status as ASU's punt and kick returner and his role in the offense were answered just as quickly and with similar authority.

"Nope," McKissic replied in regard to whether he's grown frustrated while being limited to nine catches through two games. "Not frustrating at all. Just playing the offense."

McKissic is coming off one of his roughest games in a career that already includes three All-Sun Belt Conference honors -- he was a first-team wide receiver and all-purpose last year -- but ASU's coaches and his teammates know McKissic will need to be more involved Saturday for Red Wolves to have success against Miami (1-1) in Miami Gardens, Fla.

"We're always wanting to get J.D. the ball. He's probably the best player in the Sun Belt," quarterback Fredi Knighten said. "As many times as we can get him the ball, we will. But defenses know he's a good player, too. It's going to be hard sometimes."

McKissic let a punt bobble off his hands in the third quarter and Tennessee turned it into a decisive touchdown in a 34-19 victory over ASU (1-1) last week. To top it off, his left shoulder was bruised on the play when he went to recover the loose ball. McKissic didn't return a punt or kick the rest of the game -- Coach Blake Anderson said it was because of the injury and not the fumble -- and on offense he faced double coverage on almost every play while being held to five catches for 38 yards.

It's been a slow start for McKissic after catching 82 passes last year and 103 as a freshman in 2012. He has caught only 9 passes for 121 yards through 2 games and has yet to score a touchdown, but he said he isn't frustrated.

Anderson and Knighten haven't sensed any frustration from the junior either, but both insist the Red Wolves will go into Saturday's game with an emphasis on getting the ball to McKissic, who has gained 2,833 all-purpose yards since 2012 in the country for active players.

"He's going to be defended at times," Anderson said. "If I come in and I defended us, I would want to know where [number] 23 is at. So we've got to utilize the people that are single covered."

McKissic said he's seen man-to-man coverage with help from a safety on almost every play this year. That has helped junior Tres Houston, who leads ASU with 12 catches for 135 yards, but McKissic is still waiting to get going.

One way ASU could get a McKissic more involved is in the run game. McKissic's only carry this year came on the first play against Tennessee and it went for 2 yards , but Anderson said it's always a part of the plan.

"We don't want to be just running uphill but, yeah, we know we need to get him touches," Anderson said. "We go with that plan every week."

In the meantime, McKissic will keep being patient and trying to find other ways to beat defenses that routinely make plans to stop him. As for the fumbled punts -- he fumbled one against Montana State, too -- McKissic contends that both came while he was trying too hard to make a play.

"Short memory," he said of the fumbles. "I'm handling it real well."

ASU hopes so, and it hopes to involve him more even though the offense isn't geared toward one player.

"We want people to defend everybody. That's kind of the nature of what we do," Anderson said. "We really want our touches to be uniform across the board, but we know he's a talented guy.

"We've got to find creative ways to get it to him."

Print Headline: Getting ball to McKissic an emphasis for ASU