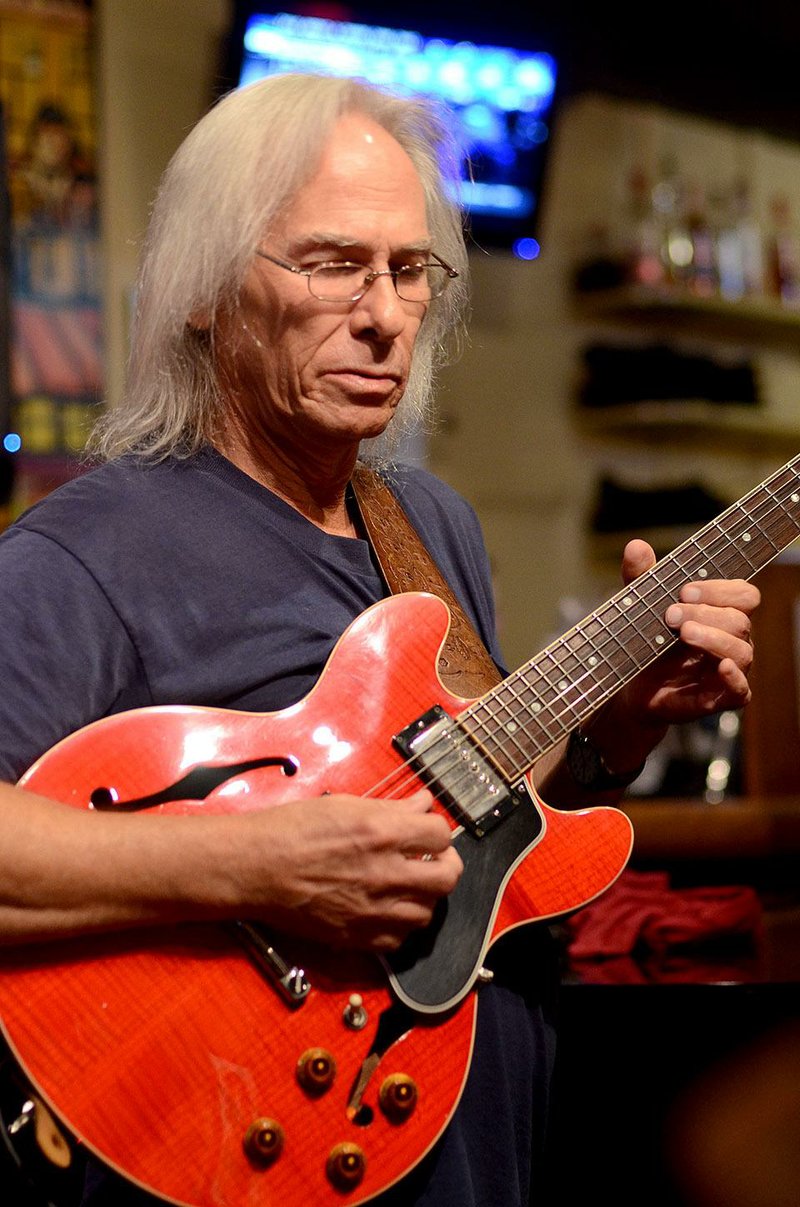 French-born singer-guitarist-composer Claude Bourbon returns to perform this weekend at 7:30 p.m. Saturday for the Little Rock Folk Club. Bourbon calls his musical approach "medieval and Spanish blues," as performed on his Gibson J-45 acoustic guitar. He combines Eastern influences with Spanish and Latin elements and Western folk music. Admission is $15, half-price for those with student identification and free for accompanied children 12 and under.

Mac Powell will perform at 9 p.m. Saturday at Juanita's. Though known as the lead singer of Christian rock group Third Day, Powell also has a country side, and he tours that part of his musical life when he is not on the road with Third Day. Tickets are $15.

Mulehead will headline Friday night at the White Water Tavern. Founder Kevin Kerby has been more active of late, both as a solo performer and as a bandleader. He had risen to prominence in central Arkansas music circles as a member of Ho Hum before departing to start Mulehead. He has also led a band he named Battery. Swampbird will open the show at 10 p.m. The New Orleans band released its debut album, On Being Alone, in May 2013. Cover charge is $7.

Saturday night, the club will feature The American Werewolf Academy. Cover charge is $5 for the 9:30 p.m. show.

The Dirty River Boys will perform at Stickyz Rock 'n' Roll Chicken Shack at 9 p.m. today. The El Paso, Texas-based band is touring in support of its self-titled album, due out Oct. 14 and featuring the single "Thought I'd Let You Know," which the self-described outlaw-folk foursome describes as "a Southern love story set on the Interstate 10 highway running through Texas." Cover charge is $10.

Local party group the Tragikly White Band will own the stage Friday night, needing no opening act for a 9:30 p.m. show. Cover charge is $10.

Goatwhore will headline Friday night's show. Opening acts, starting at 9 p.m., will be Napalm Christ, Ash of Cedars and Ozark Shaman. Tickets are $10 in advance, $13 day of the show.

Saturday night, One Love productions will present Jamaica Me Crazy -- Reggae Sting. Opening acts are One Love Reggae Band featuring Butterfly, Michael Walker and Tricia Reed. Tickets for the 8 p.m. show are $10 in advance, $12 at the door.

Maxine's in Hot Springs will present a couple of rock bands -- Opportunist and Marriage -- at 9 p.m. today. Admission is $5.

The club will present Mya's Madams, a local drag show, at 9 p.m. Friday. Admission is $7.

The Copper Penny Pub on Bathhouse Row in Hot Springs will present Brian Martin at 8 p.m. Friday. Martin, a Hot Springs native, performs his own mix of blues, rock and folk music.

The Acansa Arts Festival will feature a day of free activities Saturday in MacArthur Park, at East Ninth and Commerce streets, Little Rock, beginning at noon with two hours of children's events, including a concert by Brian Kinder and, from 2-6 p.m., music by the Clark Family Trio, the Greasy Greens (at 3:30 p.m.) and SOULution. Food trucks will be on the scene. Call (501) 663-2287 or visit acansaartsfestival.org.

The Kenny Rogers concert at 7 p.m. today at the Finish Line Theater at Oaklawn in Hot Springs is sold out, according to Oaklawn's website.

And the St. Paul and the Broken Bones show at 9 p.m. Saturday at South on Main (also part of the Acansa Arts Festival) is also sold out, with one caveat, according to promoter Ryan Harris: "No tickets [are] available at this time. Check at doors [1304 Main St., Little Rock] beginning at 8 p.m. on day of show for potential releases."