Pulaski County deputies are searching Friday for a real estate agent who disappeared after going to show a house.

Beverly Carter, 50, of Scott, an agent for Crye Leike Realtors, was last heard from when she called her husband, Carl Carter, about 5:30 p.m. Thursday to say she was going to show someone the home at 14202 Old River Drive in Scott, according to a Pulaski County sheriff’s report.

Carl Carter told deputies that he became worried about 9 p.m. when he hadn’t heard from his wife, so he went to the address to check on her, the report states. There, he found her brown Cadillac sport utility vehicle parked in the driveway with her purse inside it and saw the door to the home standing open, deputies said. Carl Carter searched for his wife inside the house but didn’t find her. Nothing seemed to be missing from her purse, but deputies couldn't find the home's door lock, according to the report.

On Friday morning, police tape roped off the driveway to the home Carter was showing and a crime scene vehicle sat at the very front of the driveway. Carter's SUV, meanwhile, was parked farther down outside the home with police evidence markers set on the ground near it.

A number of real estate agents were circling the area, looking for any information that might help in the search and passing out fliers with Carter's name, photo and descriptors.

One of those real estate agents, Staci Medlock, said she has worked with Carter about six years at the Crye-Leike office in North Little Rock, where she said Carter is one of the top sellers. Realtors from the immediate and surrounding areas met first thing Friday to coordinate their efforts, Medlock said.

"Some offices have even shut their office for the day" to help out, she said.

Medlock said it's scary to think about what may have happened since details are still so scarce.

"She pulled up and now she's gone," Medlock said, standing just outside the crime scene tape while officials worked inside the home.

The sheriff's office has asked Scott-area farmers and landowners to assist investigators by checking their properties. 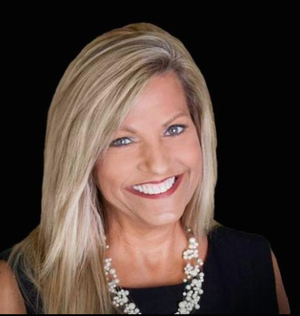 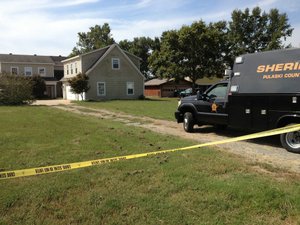 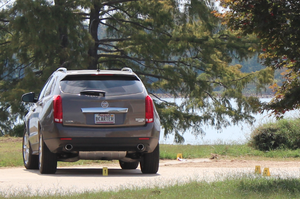