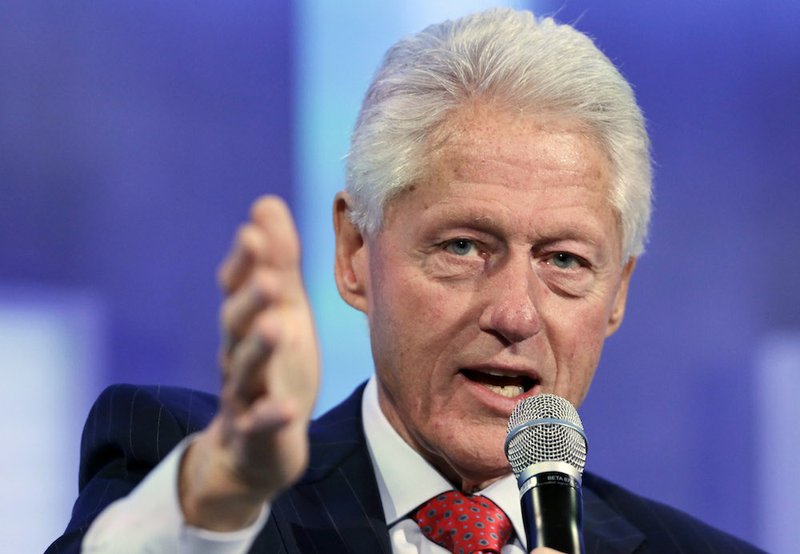 LITTLE ROCK — Former President Bill Clinton will headline a series of rallies for Arkansas Democrats next week, lending a hand in the party's efforts to fend off a Republican takeover of his home state's top offices in the November election, party officials announced Monday.

The party said the former Arkansas governor will attend four rallies next week, appearing at events in Conway and Jonesboro on Oct. 6 and in Rogers and Fayetteville on Oct. 7 to promote the party's "Arkansas Victory 2014" coordinated campaign. The rallies are free and open to the public, but tickets will be required.

"There is no one better than Bill Clinton at making the case to Arkansans about what's at stake for the middle class in this election," Democratic Party Chairman Vince Insalaco said in a statement. "President Clinton has always been able to connect with Arkansans on a personal level and that connection makes him the best person to lay out why Arkansans need to get involved and not let out-of-state billionaires buy this election."

The rallies occur two weeks before the Oct. 20 start of early voting for the election, which features heated races for U.S. Senate and governor.

Clinton remains a popular figure in Arkansas, where his presidential library is located. He's been a regular presence on the campaign trail in Arkansas and helped kick off Democratic U.S. Sen. Mark Pryor's re-election bid last year. Pryor's race against Republican U.S. Rep. Tom Cotton is key to the GOP's efforts to win control of the U.S. Senate.

Clinton also has raised money for Democratic gubernatorial nominee Mike Ross, who got his start in politics driving Clinton around the state during the 1982 campaign, and for Democratic congressional hopefuls in central and southern Arkansas.