Staley's stepped up her game as coach 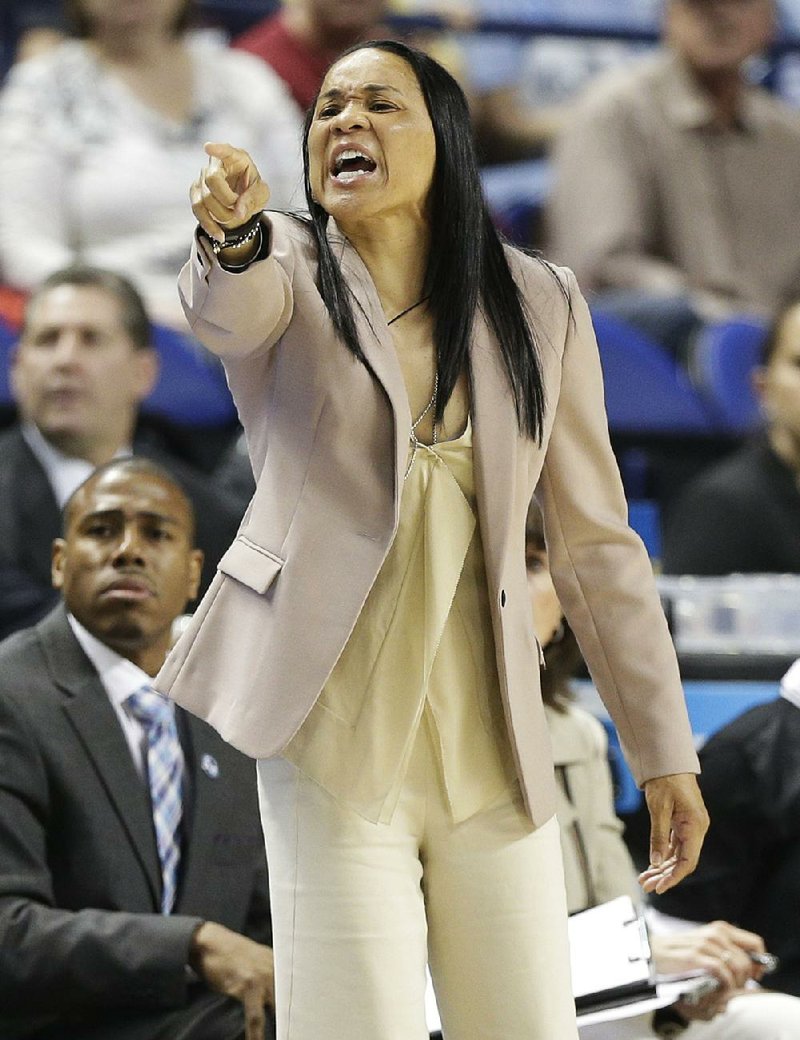 Dawn Staley could be a frustrating chess opponent for Stanford Coach Tara VanDerveer. The two would often play when VanDerveer was Staley's coach on the 1996 U.S. Olympic women's basketball team, and after VanDerveer had clearly won and declared checkmate, Staley would stubbornly refuse to accept it.

That competitive fire pushed Staley to take her first head coaching job at Temple in 2000, even though VanDerveer and Debbie Ryan, Staley's college coach at Virginia, advised her against it. Staley was still in the middle of a professional playing career, and her two mentors told her coaching would consume her. It was that sliver of doubt that convinced Staley to do it. She would go on to lead the Owls to six NCAA tournament appearances in eight years while playing in the WNBA for all but the last two.

Staley's latest feat is taking a South Carolina program that was a Southeastern Conference bottom-dweller for years and guiding it to its first Final Four, where it will play Notre Dame on Sunday. In her transition from being an accomplished player to one of the best young coaches in women's college basketball, she had to painfully swallow some losses and adjust to how she handled them.

"We're all sore losers," Staley said. "We want to get it right. The game of basketball has been an incredible source of good to us, and when you do the right things, usually it repays you."

A three-time Olympic gold medalist and five-time WNBA all-star, Staley was used to a lot of winning in her career. She was the star point guard for a Virginia team that made it to the Final Four three times in her four-year career, and she was a two-time national player of the year in that span.

Staley's illustrious playing career was an asset at Temple. Her recruiting pitch centered on what she had accomplished as a player, hoping that prospects would want to be under the tutelage of someone who was living out their dream. She often told recruits to come to her games rather than going to theirs.

What Staley liked and disliked about coaches as a player molded her. She is hesitant to pull one of her players from a game after one mistake because she always wanted the chance to shake off her errors. But she also has certain standards because she can sense what someone is capable of doing from her own experience.

Success didn't come as quickly at South Carolina, where she took over in 2008, as it did at Temple. The Gamecocks won just two conference games in her first season. In her second season, Staley thought she had made progress by luring top recruit Kelsey Bone to Columbia, S.C. But Bone transferred after one year to Texas A&M, where she helped the Aggies reach the Elite Eight as the team's second-leading scorer.

"I self-reflected on the things I needed to do for the betterment of our team," Staley said. "I'm pretty intense when I'm coaching. I like for basketball to be played a certain way, and when it's not, I have a tendency to try to right the ship, and for me, I do that in a different way."

Staley found her fiery nature, an asset as a player, was preventing her from communicating with her team in the most effective way. She tried to rein it in as her teams grew more talented. The Gamecocks, who had reached the NCAA tournament twice in 17 seasons before Staley arrived, have won at least one game there in each of the past four years.

"I heard stories about her in the past," junior guard Tiffany Mitchell said with a laugh. "I don't think I'd want to be here if she was like she was probably six years ago when she first got here."

In practice, Staley will regularly take the ball and show her team what she's looking for on a certain set. But she stops short of running through the plays, preferring to stand on the sideline and direct, barking critique until it meets her standards.

"She tries to kind of shoot with us and stretch with us, but that's pretty much it," Wilson said. "I don't think she could hang with us."

Print Headline: Staley's stepped up her game as coach