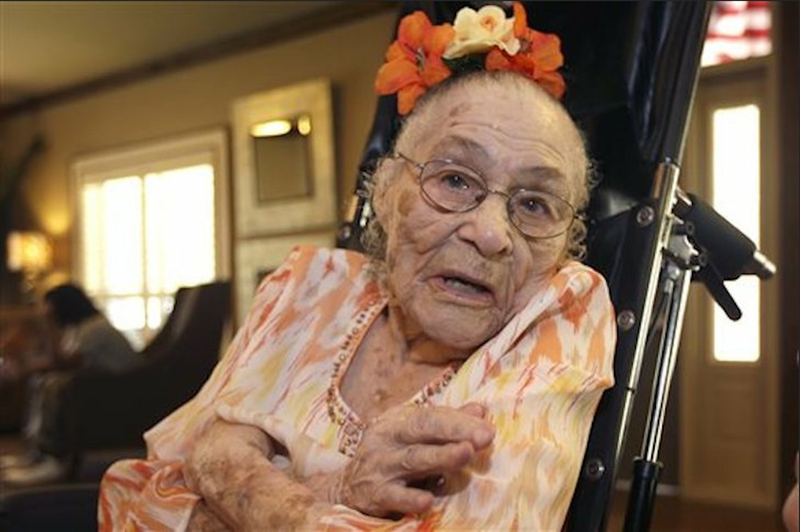 Gertrude Weaver is seen a day before her 116th birthday in this July 3, 2014 file photo. Weaver died on April 6, 2015, just five days after becoming the oldest person in the world.

Weaver became the world's oldest person on Wednesday after the death of Misao Okawa, a Tokyo, Japan resident who was 117.

Her designation as the world's oldest person was confirmed by Los Angeles-based Gerontology Research Group.

Weaver was born July 4, 1898, according to Social Security documents, but U.S. Census records from 1900 show a birthdate of April 1898, the Arkansas Democrat-Gazette previously reported.

She was born near Lewisville to Charles and Ophelia Gaines and was the youngest of six living children.

Weaver married husband Gennie Weaver on July 17, 1915 and the couple, who had four children, moved to Camden in the early 1930s.