The doors to horror

Any hack can make a cash-cow scary movie; it takes a fiendish director to make a memorable one by PIERS MARCHANT Special to the Democrat-Gazette | April 10, 2015 at 2:16 a.m. 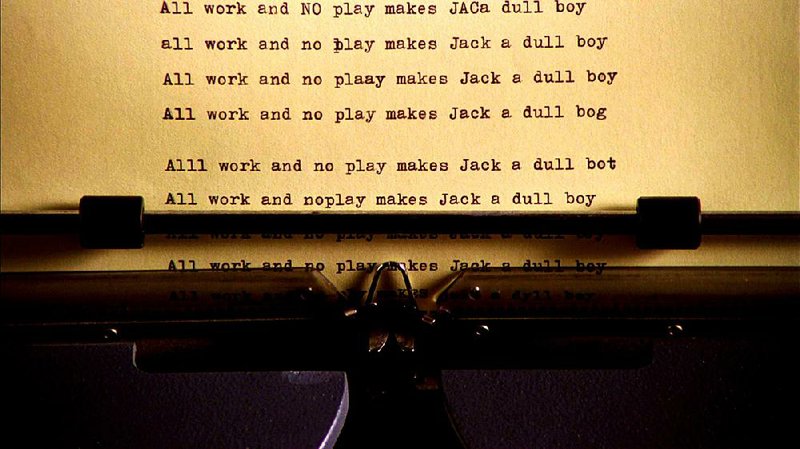 We are clearly nowhere near Halloween; days are getting longer and breezier, not shorter and more chilling, and your nighttime scares naturally are more about running out of skim milk or finding an unfortunate puddle from your puppy on your living room floor than ghouls, blade-wielding psychopaths, or crypto-demons from the seventh plane of hell; and yet, for film studios, the horror film is never terribly far away.

There is a reason for this, of course, and it involves simple economics: Horror movies, even incredibly shoddy, barely coherent ones, tend to reap solid returns. Of the top-100 grossing films of 2014, according to boxofficemojo.com, the highest-ranking horror film, Annabelle, checks in at a modest No. 41, but of the remaining 59 films, seven are in the horror/dark thriller category, including Paranormal Activity: The Marked Ones, the fifth sequel of the found-footage franchise that may be the poster child of such low-budget/high-return studio dreams.

The original film in that series, Paranormal Activity, released in 2007, has grossed more than $193 million worldwide, which is cracking good for most releases (last year's highest grossing film, American Sniper, clocks in at about $344 million domestic, as a baseline), but absolutely, unfathomably stupendous for a film whose budget was all of $15,000! Or what you could reasonably expect to pay for Bradley Cooper's hairdresser for a few days on Sniper. And that doesn't even factor in the rest of the Paranormal franchise installments, whose collective earnings amount to about $526 million, on a collective budget on all three older sequels (the latest one is still being tabulated) of about $13 million.

With numbers like these, you begin to see why the studios are so quick to green-light a scary film, especially as the genre itself is fairly bulletproof. You don't need huge budgets, expensive star talent, or even much in the way of studio support to put out a successful scary flick, just a filmmaker with some kind of vision and a working camera or two. There, too, the filmmakers behind some very successful such films (Activity and The Blair Witch Project are but two) have used their budgetary limitations to enhance the unsettling quality of their work. Part of the reason Blair Witch worked as well as it did was precisely because none of the actors were recognizable and the shaky, hand-held quality of the camera work helped sell the idea that the film was a documentary, a true point of confusion in the early screenings of the film that led to its explosively effective word-of-mouth popularity (and this all before the age of twitter: Had Blair Witch been released last year it would have broken the Internet).

The problem, of course: Just because a film can make money doesn't mean it's any good. Many more horror films happily dispense with that whole director/vision concept and instead churn out thoroughly derivative chum to toss in the water, leaving moviegoers with a mass of floating fish heads in place of anything truly inspired. The aforementioned Annabelle was seen as a dog by most of the working critical press (a 29 percent score at rottentomatoes.com and 37 on metacritic.com), even though it made some bank. And the same could be said of a great number of horror releases over the years; the fact that they can reliably bring a substantial payout seems to indicate to many studios that the quality is pretty much secondary to the genre itself.

Alas, the great shame of it is no other genre speaks to our culture the way a transcendent horror film can. Few other films can shake the foundations of the zeitgeist and remain an indelible index point in a given decade, and few are honored with endless leeching and re-enacting throughout the pop-culture abyss (just think for one moment how many ways The Shining has touched pop-entertainment ever since its 1980 release, for example, or Psycho, or The Silence of the Lambs). It is a studio's stated belief that moviegoers don't actually want to be deeply scared so much as jolted out of the seat a couple of times en route to a mostly pleasurable evening of picking other people's popcorn out of their hair and screaming themselves hoarse.

The numbers might well prove that out, but it's a shame so few studios are willing to make a film that dares to be truly indelible. Throughout the decades, certain compelling qualities stand out in such films, and are more than worth noting as laws/guidelines toward making something compelling and thoroughly terrifying.

Print Headline: The doors to horror