Jokes in files given to UA by Bumpers 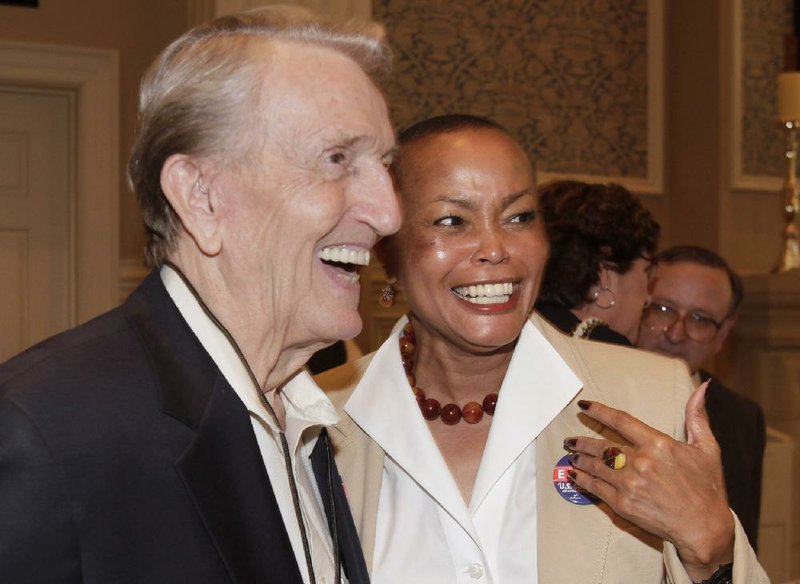 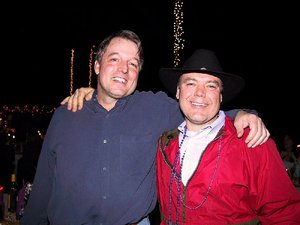 "My hometown was so small we didn't have a town drunk. We just took turns."

That joke, along with many others, are in the three folders labeled "Joke Files" in the Dale Bumpers Papers at the University of Arkansas Library in Fayetteville. Bumpers donated his Senate papers to the university 15 years ago. They have been available to the public for the past year.

Bumpers is known for his oratory skills -- as well as his sense of humor. He often began his public remarks with a joke or two.

A talking dog went to a movie and became engrossed in the film, according to a 1995 entry in the Joke Files. The dog panted when the heroine came on and growled at the villain.

"I don't understand it either. He hated the book."

The files don't indicate whether Bumpers ever told the jokes.

The jokes -- or joke fragments in some cases -- are typed out on index cards or in lists on letter-sized paper. Some are dated. Others aren't.

Brent Bumpers, the former senator's son, said his father didn't type, so the jokes appear to have been dictated. In some cases, notes are scribbled in ink alongside the typewritten words.

"Many qualities made him the great orator and political savant that he was, but I think his sense of humor -- great use of humor and delivery of it -- is often overlooked as a critical skill in public speaking and politics in general," Brent Bumpers said via email. "He's often been called the greatest orator of the Senate but I think he would just as likely have been voted funniest man in the Senate."

Patrick A. Stewart, an associate professor of political science at the university, said "humor is incredibly important" in politics.

"Starting with a joke allows the audience the opportunity to connect not only with the speaker, but also with each other, through laughter," Stewart said via email. "It also lowers intellectual defenses against arguments. If you laugh at someone's joke, you tend to like and trust him or her (and vice-versa -- you are more likely to laugh at the joke of someone you like), which in turn leads to less critical thinking."

Stewart is the author of the book Debatable Humor: Laughing Matters on the 2008 Presidential Primary Campaign.

Arkansas has been blessed with humorous and charismatic politicians, said Stewart.

"In Arkansas, politics until recently has been pretty much all retail, with Arkansas politicians being incredible story-tellers and often quite humorous and charming in person," he said.

"One only has to look at the Clintons and Mike Huckabee to see top-notch humor and incredible charisma in action."

But things are changing, with the images of politicians being "constructed" through television and the Internet instead of being honed on the campaign trail, said Stewart.

"A candidate recording an advertisement has multiple takes to develop an appealing persona," said Stewart. "While humor matters in both instances, the face-to-face political interactions between candidates and their supporters, which sadly seems to be a part of the past, is a more reliable indicator of the personality and intelligence of the candidate."

If a politician isn't funny in person, it's an indication he didn't connect with his audience, said Stewart.

"This may mean the politician doesn't share the values of the audience," he said. "It may also mean that the politician does not have either the intelligence or personality to deliver quality humor. With intelligence, you have to be quick enough to either have a good quip ready to fill in the appropriate gap, or make one up on the spot."

Politicians have to be able to make fun of themselves, said Stewart.

Bumpers could do that: "When I was a small kid, our bathroom caught fire," according to a joke in the file. "But we were lucky. It didn't reach the house."

References to a joke involving an evangelist can be found in several places in the folders. Bumpers liked the tale enough that he shared it during a speech on the Senate floor during President Bill Clinton's impeachment trial.

"This evangelist was holding this great revival meeting, and at the close of one of his meetings he said, is there anybody in this audience who has ever known anybody who even comes close to the perfection of our Lord and Savior, Jesus Christ?

"He repeated the challenge, and finally a itty-bitty guy in the back of the audience kind of held up his hand, and he said, 'You -- are you saying you've known such a person? Stand up.'

Senators laughed at the punchline. On Feb. 12, 1999, they let Clinton remain in office.

Most of the jokes in Bumpers' files are considerably shorter. Here's a sampling:

"The town I grew up in was so small we only had one hooker -- and she was a virgin."

"You've heard of powdered milk? We had powdered water."

"We fought the war on poverty long before the president thought of it. We lost. Actually, we were prisoners of war."

"In the U.S., man may only have one wife. It's called monotony."

"American in Madrid restaurant: 'Bring me some of them cojones.'"

"For a brief period of time he was a male stripper, but gave it up the night the audience kept yelling 'Take it off! Take it off!' -- and he already had."

"Equal Employment Opportunity form said 'How many people do you have broken down by sex?' Guy wrote back, 'None. Alcohol's our problem.'"

Some of the jokes in the file are Arkansas-specific, like this one about professional baseball player George Kell and sports announcer John Francis "Jack" Buck:

"As for small towns, Jack Buck told me a story about George Kell coming from Swifton. Swifton, he said, is a town where hitchhikers would go either way."

A joke in the file from August 1993 relates a conversation between a man who is "hard of hearing," his wife and a doctor.

Doctor: "Your husband is not going to live without regular sex and home-cooked meals."

Entries from the 1990s take a couple of shots at former Vice President Dan Quayle, who was George H.W. Bush's running mate when Bush was seeking re-election in 1992.

According to another joke in the file: When told that Bush had lost to Clinton, Quayle said, "How'd I do?"

Some of Bumpers' jokes listed above may have been more appropriate for the era in which they were written, said Stewart.

He said humor relies on "benign violations" -- in other words, jokes need to have some edge, but not so much that they would offend the audience and potential supporters.

"What was acceptable humor in the past (especially in mostly male audiences), is now unacceptable," said Stewart.

Brent Bumpers recently removed his fathers diaries from the UA library after learning that they contained remarks critical of the Clintons. The Joke Files, however, remain open to public inspection.

Print Headline: Jokes in files given to UA by Bumpers