Forward on hold for Hogs 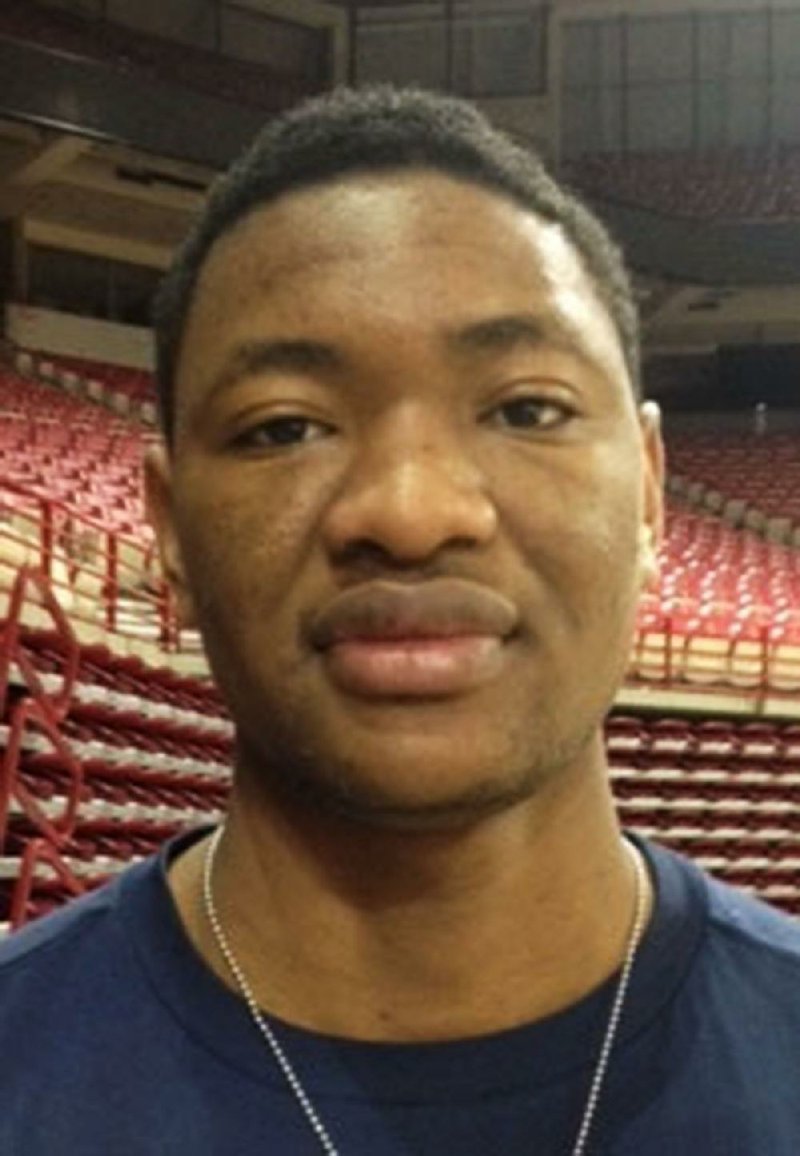 The spring signing period begins today, but Arkansas Coach Mike Anderson will likely have to wait a few days before receiving the signature of highly regarded power forward Ted Kapita of Huntington Prep in West Virginia.

He moved to the United States in 2011 from Kinshasa, Congo, and played his junior season at Florida Air Academy in Melbourne before attending Huntington his senior year.

"I'm just happy to go there and play, help the team," Kapita said of his plans to sign with Arkansas. "The most important thing is to win."

Anderson has at least two scholarships available following forward Bobby Portis' announcement Tuesday that he plans to enter the upcoming NBA Draft and the transfer of guard Nick Babb to Iowa State.

Small forward Nick King, who is transferring from Memphis, is a possible candidate to receive one of the scholarships. Jon Rothstein of CBS Sports said King will visit Ole Miss on Saturday and Alabama and Arkansas later this month.

Kapita, who is rated the No. 8 power forward and the No. 40 overall prospect in the nation by ESPN, liked the makeup of the team during his official visit to Fayetteville Oct. 24-26.

"I liked what kind of players they have -- high character, good kids -- and also my visit was real," Kapita said. "I'm saying I can see that."

Kapita was limited to about 10 games this season because of a pinched nerve in his left hip, but he said he is in the process getting back to normal.

"My body feels good," Kapita said. "My chiropractor wants me to rest a lot, at the same time weight room everyday."

Arkansas Coach Jimmy Dykes and his women's basketball staff signed five prospects in November and are awaiting word on whether two junior college All-Americans will sign with the Razorbacks.

Arkansas would like to add Angelica de Paulo, a 6-1 power forward from New Mexico Junior College who was a first-team junior college All-American after averaging 16.5 points, 6.2 rebounds, 1.5 assists, 1.4 steals and 1.2 blocks per game.

Cooley took an official visit to Fayetteville over the weekend. She is expected to choose from between Arkansas, Minnesota and California.

Arkansas State is expected to add junior college point guard Donte Thomas to a team that suffered through its worst season in almost a decade.

P.J. Hardwick, who will be a junior next year, started 20 games at point guard, scoring 4.8 points per game and accumulating a team-high 130 assists.

New UALR men's Coach Chris Beard does not expect to sign any players today, neither does UALR women's Coach Joe Foley. Central Arkansas coaches Russ Pennell and Sandra Rushing do not expect any signings today, either.