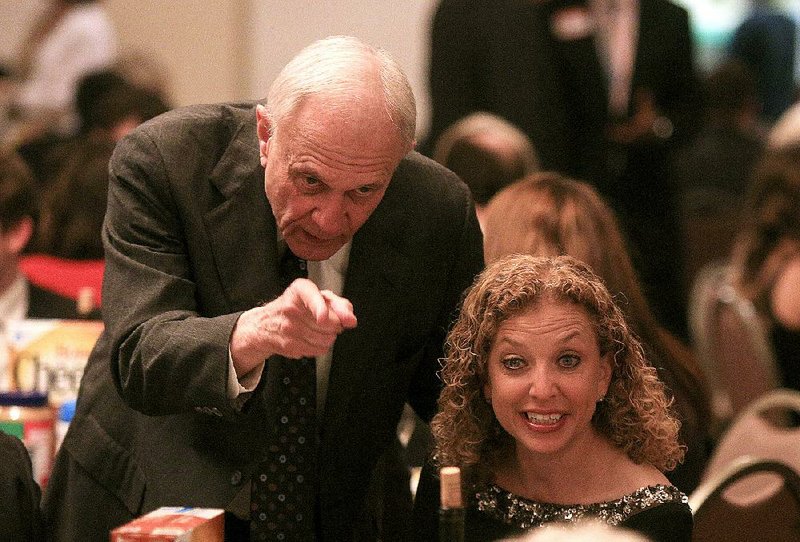 The political fortunes of Democrats in Arkansas will rebound, the chairman of the Democratic National Committee said Thursday.

Arkansas was long a bright spot for Democrats in "a deepening red South," and Democrats had control of the Arkansas Legislature until the 2012 general election, said DNC Chairman Debbie Wasserman Schultz, who is a Florida congressman.

"And now we have to do the hard work of turning it blue once again, and turn it blue we will," Wasserman Schultz told more than 300 Democrats who paid tribute to David Pryor -- a former U.S. senator and Arkansas governor -- and his wife, Barbara, for their lifetime achievements during an event organized by the state Democratic Party and the Young Democrats of Arkansas.

Along with voters in Alaska, Nebraska and South Dakota, Arkansas voters approved a ballot measure to increase the minimum wage in November, Wasserman Schultz noted.

"Even though our candidates don't win, voters agree with us on the issues, which means to me that we need to do a better job of making the case to voters that Democrats are on their side," she said. "We know that Democrats are the party of inclusion, empowerment and expanded opportunity.

"But now we need to convince the people outside this room, your friends, your neighbors, your co-workers, that Democrats are fighting to ensure that all Americans -- not just the wealthy, not just well-connected -- but all Americans have their fair shot and chance to get ahead."

"Tom Cotton's campaign stood for the lows I couldn't believe, and it appears that he's got no reason to start demonstrating any change of heart now that he is in the Senate," she said. "His letter to Iran was an egregious breach of decorum against not only the president of the United States, but an afront to our nation."

Cotton's letter last month to Iranian leaders was signed by 46 other Republican senators.

The open letter to leaders of the Islamic Republic noted that without congressional approval, any nuclear-arms deal agreed to by President Barack Obama and Iran can be revoked when the president leaves office in 2017.

Earlier in the evening, David Pryor thanked Democrats in attendance for their tribute to him and his wife.

"We hope that you'll remember something. We are not dead yet," Pryor said. "The Democratic Party in this state and in this country is going to be alive and forceful, and we are going to make a difference for generations to come."