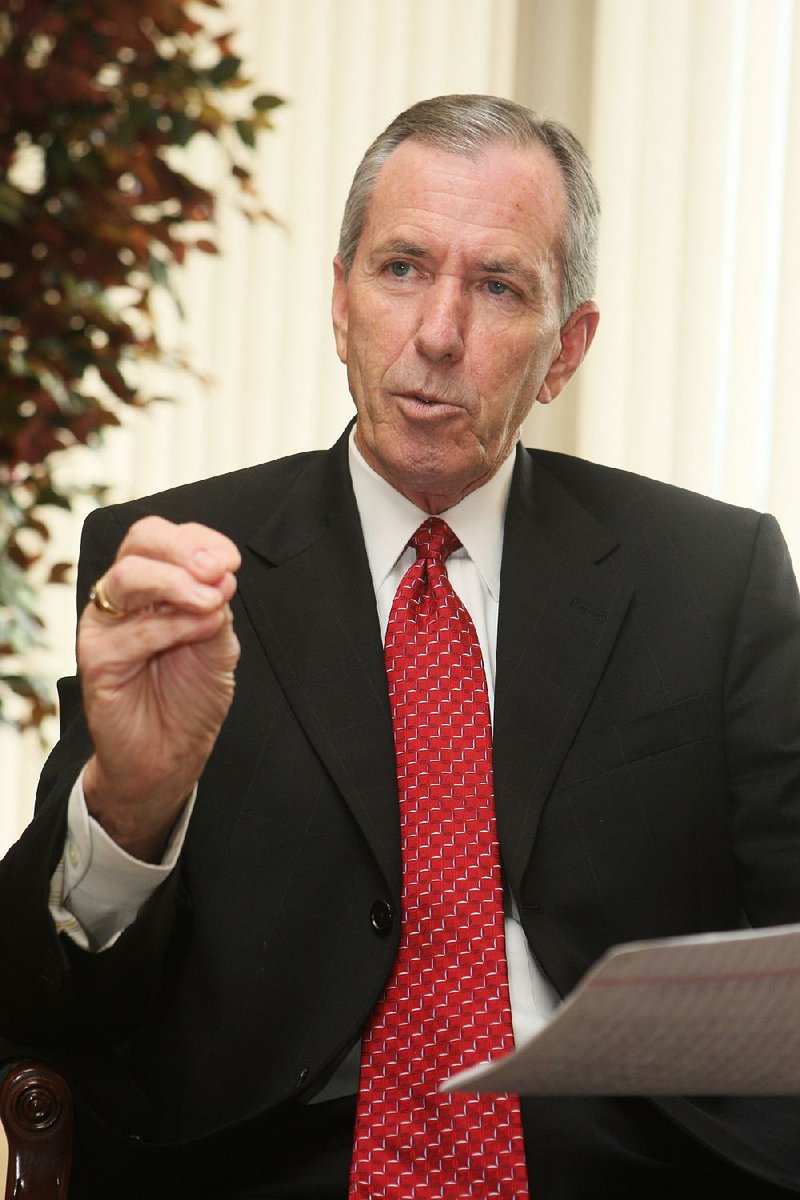 To Carl Brothers of Stuttgart-based Riceland Foods Inc., Cuba is perfectly situated to take advantage of U.S.-grown rice rather than having it shipped thousands of miles from Asian nations such as Vietnam.

"It's a market we should be dominating," said Brothers, the company's senior vice president and chief operating officer.

Since Arkansas produces slightly more than half of the nation's rice, selling to Cuba would translate into the state's farmers being able to devote consistent acreage to the grain, he said. And the added market access would help stabilize prices by better aligning overall demand with available stocks.

"This year, we produced enough rice [to] have easily handled the Cuban business," Brothers said, adding that Arkansas produces the kind of long-grain rice preferred by Cuban consumers.

No U.S. rice is being sold to Cuba because of the terms of the U.S. trade embargo now in effect.

On Wednesday, U.S. Sen. John Boozman, R-Ark., and Sen. Heidi Heitkamp, D-N.D., introduced legislation to allow private banks and companies to extend credit for agricultural exports to Cuba. The current trade embargo requires cash payment for such transactions, which has limited the ability of U.S. producers to sell goods to the island nation.

Boozman spokesman Patrick Creamer wrote in an email Friday that Senate Bill 1049 has been assigned to the Senate Banking, Housing, and Urban Affairs Committee because it deals with credit issues. The bill has already picked up two co-sponsors, and Creamer said Boozman has been approached by several senators interested in the legislation.

Most of Riceland's current business, including exports, is covered by letters of credit confirmed by U.S. banks, Brothers said.

"Some way, somebody is going to have to pay the piper," he said, noting that Cuba uses credit arrangements to purchase rice from Vietnam and other Asian countries and the cash-strapped nation has figured out ways to cover those notes to the satisfaction of sellers.

Subject to a trade embargo since 1960, Cuba must be given the means to pay for agricultural products, Brothers said. That could come from other U.S. industries and even tourists being allowed to spend dollars there.

Rich Hillman of Carlisle, vice president of the Arkansas Farm Bureau, called Boozman's bill a first step toward normalizing trade with Cuba, which the bureau supports.

"Cuba is going to have to be able to generate the income to pay for our goods and services," Hillman said. Possibilities include tourism, tobacco, sugar and citrus products, as well as medical care and drugs, he said.

Given that the U.S. already exports some poultry products to Cuba, which is about 90 miles from the southern tip of Florida, expanding that trade could lead to expanded markets for beef and pork, Hillman added. "But any increase would be good for poultry."

Brothers said Riceland typically mills from 30 to 40 percent of all rice produced annually in Arkansas, which in turn means the company handles up to about 25 percent of the nation's rice.

While not having access to Cuba won't make or break Riceland, it would still be a significant new market, Brothers said. The island currently purchases about 500,000 tons each year, compared to the 3.6 million tons of milled rice now exported annually by the U.S.

Getting easier access to the Cuban market "would be a tremendous boon to the farm community in allowing them to grow these crops and have a market for it to go into [that would] keep the prices supported at the same time," Brothers said. Growers are concerned about the amount of U.S. rice stocks from 2014 that will be carried over into this year. Cuba would help ease that and keep prices firmer.

Brothers said access to U.S. rice would shorten delivery times and lower distribution costs for Cuba, compared with the rice being shipped from Asia. U.S. rice could also be delivered to more ports around the island, rather than having to first go to one of a handful of deep-water ports capable of handling large ocean-going vessels.

"We would offer them a lot more flexibility than Vietnam," he said.

Latin America is the largest export market for U.S. long-grain rice, according to the U.S. Department of Agriculture, accounting for about two-thirds of all rice exports.

Before embargo rules were tightened, Cuba last received a U.S. rice shipment in 2007, when it paid $24 million for the grain, according to figures compiled by the U.S.-Cuba Trade and Economic Council. The council, based in New York, collects and distributes information about commercial, economic and political relations between the two countries. It said that as late as 2004, rice was Cuba's number one agricultural import from the U.S., worth $64 million.

Given that the U.S. already exports some poultry products to Cuba, expanding that trade could lead to expanded markets for beef and pork, Hillman added. "But any increase would be good for poultry."

Brothers thinks that broader trade and tourism between the U.S. and Cuba will grow as the embargo is eased, given what he described as the island's "mystique" that attracts the interest of both businesses and average Americans alike.

U.S. trade with Cuba "is going to have to be a two-way street," he said. "We've got to give them the opportunity to have money, too."

Hillman said there are still obstacles to broader trade. Purchasing is still controlled by Cuba's centralized government, the Obama administration's proposal to normalize relations with Cuba is facing opposition in Congress and strong sentiment against the Raul Castro-led Cuban government remains among those who fled the country in 1959 after rebels led by Castro's brother, Fidel, took control of the island.

He called Boozman's bill "the first step in a long journey," that will help stimulate overall trade with Cuba. "If we normalize that relationship with Cuba, I think that their economy will grow very fast."