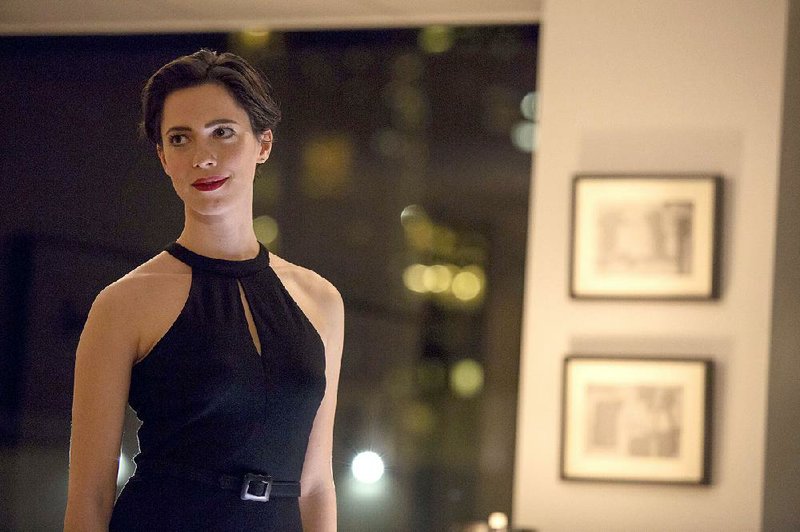 Robyn (Rebecca Hall) is half of a little-too-perfect married couple in Joel Edgerton’s thriller The Gift.

In his feature directorial debut The Gift, Australian actor Joel Edgerton skillfully plays a fellow who isn't overtly menacing but who just doesn't seem quite right. In the process, he effortlessly toys with viewer expectations, delivering chills and a relentless sense of menace. 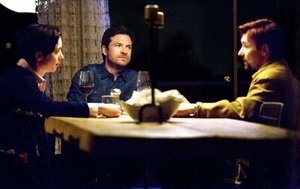 Simon (Jason Bateman) and Robyn (Rebecca Hall) have just moved into a new house that is as bright and inviting as the California sun shining through its windows. Simon is a sales rep for a firm that specializes in computer security, and Robyn helps design living spaces from the comfort of her own home. Their seemingly ideal living situation hits a bump when Simon stumbles into an old high school classmate named Gordo (Edgerton). It's obvious the two weren't close, but Gordo seems adamant about getting back into Simon's life.

By simply overhearing Simon repeating the name of the street where his home is, Gordo finds the house and leaves gifts for the new residents. He also shows up unannounced when Robyn is home alone with the family dog, shortly before Simon returns from work.

Gordo doesn't seem to get some basic social hints but falls over himself to lavish Simon and Robyn with presents. While his goatee and his persistence are unnerving, he has an amiable manner that makes his intrusive behavior seem oddly endearing.

In the hands of a lesser performer, Gordo might have offered an excuse for lots of yelling and overt malice, but Edgerton thankfully doesn't make it easy for himself or the viewers. From the beginning, we also get subtle hints that Simon and Robyn have problems of their own.

Casting Bateman is an effective choice because his handsome but regular guy features lead a viewer to think Simon is on the level when he isn't. (This helps make up for the fact that Bateman is almost getting typecast as computer security drones who aren't that great at keeping their own data safe. His character in Identity Thief had similar episodes of poor judgment. Thankfully, the material's a lot sharper here.)

Hall conveys a sense of fragile sanity even though Gordo's behavior is a genuine cause for concern. Perhaps her sense of looming terror is something her husband should be sharing instead of mansplaining away.

Edgerton, who also wrote the script, gradually reveals information about the couple. He does have a few jump scares but he seems to have more fun making viewers uneasy because the characters fixate on odd details that later turn out to be relevant.

The two leads often speak in a banal manner that contrasts with the eerie, low-key images on the screen. In the process, he makes Gordo's awkward pronouncements seem like a brief flowering of sincerity in a world of suburban phoniness.

While The Gift is Edgerton's first time directing a feature, it may not be a fluke. He co-wrote his brother Nash's underappreciated thriller The Square, which had a similar macabre humor lurking beneath the surface. While Gordo's welcome wagon presents come with strings attached, The Gift suggests anything Edgerton has to offer may be worth receiving.