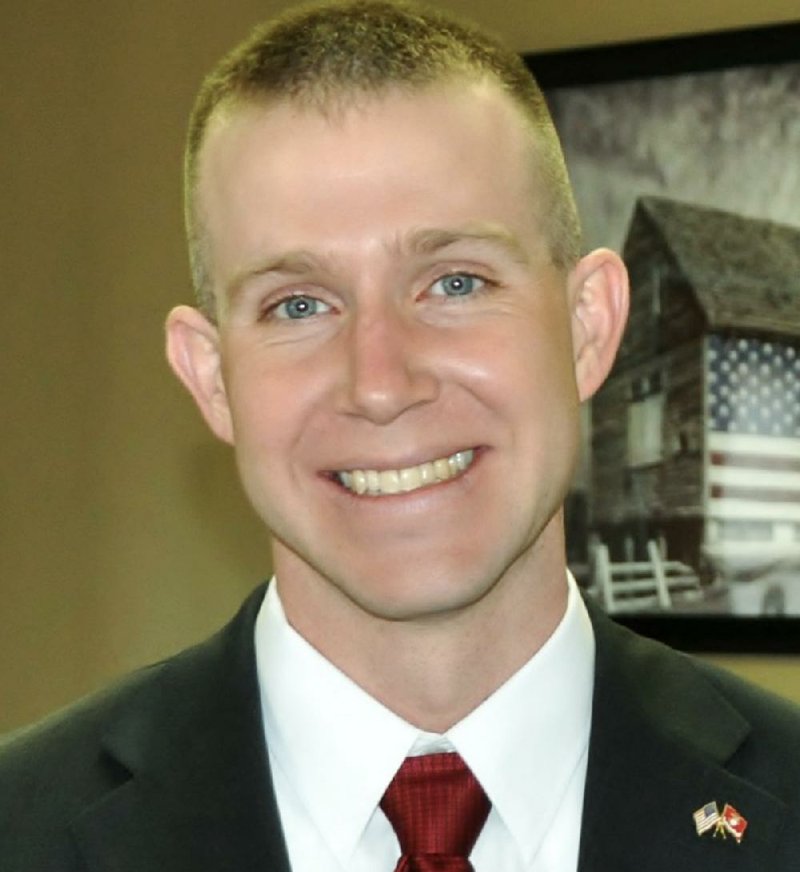 Since taking over as the state's agriculture secretary in March, Wes Ward has devoted much of his time to looking for ways to expand foreign markets for Arkansas-produced crops.

In June, Ward traveled to the Dominican Republic as part of a U.S. Department of Agriculture trade mission and is weighing the potential of a similar trip to Ghana in November.

Plans also call for him to travel in late September to Cuba with Gov. Asa Hutchinson when the governor leads a state delegation there to took for ways to develop trade ties as relations between that country and the U.S. improve.

And, at the end of this month, Ward and the state Agriculture Department will host more than two dozen agricultural attaches assigned to foreign embassies in Washington, D.C., as they tour farm and food processing operations in Arkansas and Louisiana.

Ward called the trade outreach effort part of a deliberate effort by the department to develop opportunities for Arkansas producers locally, regionally and internationally. Agriculture, he said, must explore opportunities the same as any other industry and develop the face-to-face contacts that allow a fast response if a foreign market opens or an issue pops up with an existing export item that needs fast resolution.

"We're looking to create opportunities just to have those in place if the opportunity arises where we can meet a demand in the market, that we're able to do that," Ward said.

The agricultural attache tour is just one way to build the relationships that can translate into trade opportunities, Ward said.

Organized by the USDA's Foreign Agricultural Service, it will start on Aug. 30 in Rogers and end in New Orleans on Sept. 5, said Sally Klusaritz, a spokesman in the service's Washington office.

The trip will mark the second time that the service has brought its annual orientation tour to Arkansas. Tour participants will learn about production, marketing and trade for commodities such as rice, poultry, soybeans, specialty crops, sugar and forestry products. Stops will include visits to cooperatives, a research station, ports and cold storage facilities.

Ward said trips such as the tour allow officials from other countries to see for themselves what agricultural production is like in Arkansas, rather than learning second-hand from other sources. That, he said, will put Arkansas producers in a better position to respond when trade opportunities open up.

Other outreach efforts under consideration by Ward include a federal trade delegation trip to Ghana in November and a conference set for November in Mexico on agricultural trade issues between the U.S., Canada and Mexico. The event, called the Tri-National Agricultural Accord, is coordinated by the National Association of State Agriculture Departments.

Ward said trips, such as to the Dominican Republic or Ghana with the USDA, provide state leaders with a better understanding of how trade missions work.

"It was good to see how USDA does that and really different ways we could approach that, either through collaboration with USDA or potentially on our own someday," he said.

Arkansas producers rely heavily on foreign markets for their products.

Brantley said it's important for state officials such as Ward and Hutchinson to take a proactive role -- and while politics are important, "Personal relationships do make a difference when it comes to trade deals." He said the governor is particularly interested in using foreign trade to grow the state's economy.

Given growing competition from other countries also interested in exporting agricultural products, Arkansas and the U.S. can't afford to ignore potential customers, he said.

"Promotion and trade are the two most important things that USA Rice works on," Brantley said. "It is good to have, outside of USA Rice, to have our own governor, our new governor and then the new secretary of agriculture out and actively supporting us and helping find new markets."

Brantley said about half of the U.S. rice crop is bound for export markets.

"We have to export half of our rice. So somebody better be out there on a daily basis around the world making sure we're participating and saying thank you to our existing customers," he said.

Terry Harris, senior vice president of marketing and risk management for Riceland Foods in Stuttgart, said trade trips by state officials such as Hutchinson and Ward are important to generating trade deals. Harris has made several trips to Cuba trying to jump start U.S. rice sales to that country.

"It's important that we convey the message ... that our political leaders want to create change," Harris said. But, he added trade has to be bilateral and missions such as trips to Cuba, "are hurt by the unwillingness of Congress to lift the embargo."

He said other countries moved quickly to negotiate trade deals with Cuba once the U.S. reopened its embassy there. Italy sent a trade delegation there within 10 days, a move Harris said reflects international competition for a new market. But, with a centralized economy controlled by the government and low wages, "even if the embargo is lifted, Cuba won't become a wealthy country overnight."

In a keynote address at Friday's Arkansas Rice Expo in Stuttgart, Hutchinson stressed the importance of agriculture to the state.

"We've got to continue to open those markets and keep those markets open," Hutchinson said, adding that while he's not fond of international travel, trade trips are necessary so Arkansas can compete in the global marketplace, which includes Europe and Asia.

He agreed that the current embargo won't be lifted, but said trade missions offer opportunities to give Arkansas farmers a new market for their products.

Ward said the trade missions are needed to develop the contacts and relationships needed to help establish trade.

"Rice and poultry are two of the big ones in Cuba that our Arkansas industries can benefit from as well," Ward said. He agreed that the potential influx of people, including tourists, to Cuba, will create a demand for high-quality products, something Arkansas and U.S. producers can fulfill.

"With the governor going on this trip, I think it says that Arkansas is serious about being able to meet their needs and be an outlet for them to help them get products that they need," Ward said.