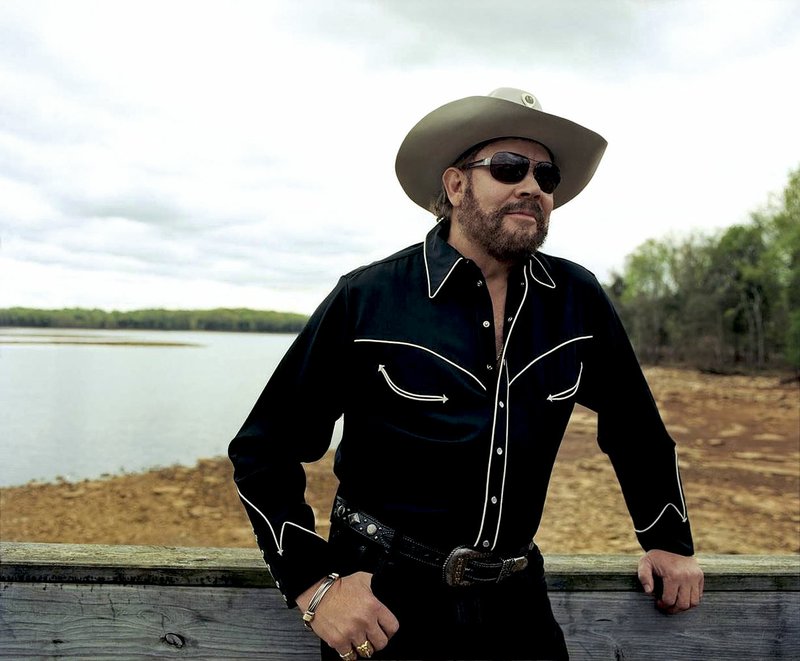 As long as it doesn't get in the way of his busy hunting and fishing schedule, Hank Williams Jr. loves to tour. And he might answer a few questions about his exploits, too. Williams' publicist told the paper his client only does interviews via email, so we sent a few questions his way.

Williams brings his current tour to the Walmart Arkansas Music Pavilion for a Saturday night show with guests .38 Special and Whiskey Myers.

Q: There are a lot of different styles of country music -- pop country, outlaw country, even punk country (like your son's original music). Where do you fall on the spectrum, and why?

A: You know when I started out, mother put me out on stage at 8 years old, and everyone thought that I should go out and sing all of daddy's songs, and I did that for a while. But in the '70s, I had to create my own sound and identity, and after the Idaho/Montana fall I did just that. Some called me "rocking country" while others called me "outlaw country," and I will say both of those fit what I was doing at that time and what I am doing now. I make music that moves me and I think is good. It all starts with a song, and I have recorded some great songs through the years, and I continue to write and record songs that I feel are great.

Q: Do you pay attention to the country music world that exists today?

A: Not really, I don't listen to much radio unless I am in the truck. But I will say I like Eric Church.

Q: How has your perspective on songwriting and performing changed during your career?

A: Well, I will say that I hear songwriting has changed a ton over the years. My daughter Holly was over at the office one day, and she had to leave to go to a "writing appointment," and I had never heard of that. I was shocked that people make appointments to write a song. When I was writing the hits, those melodies and lyrics would just come to you, and you wrote them on whatever paper you had around. Now, writers sit in a room and write songs. I am glad that works for them, that just never worked for me.

Q: In other interviews, you've been hinting at new music. What's the status of that project?

A: I must say I have just recorded some of the best music I have ever made. I just signed with Scott Borchetta at Nash ICON Records, which is part of the Big Machine label that also has Taylor Swift, Reba, Florida Georgia Line and others on the roster. Scott is a master at making records happen, and I am glad that I am now working with him on this new project. I think the album is going to come out in November, and everyone I think will be surprised in a good way on what this album sounds like.

Q: You don't play many gigs each year, but this is the second time you've been in our corner of the state in the last three years (Arkansas Music Pavilion, April 28, 2012, was the other recent gig). What's the appeal of returning here for a show?

A: I do about 25 shows a year, and I pick the places to play based on when the shows want me. I don't tour during hunting season unless it is a special show. But, to your question, I have a place in Montana and in the heat of the summer, I try to find places to play where I can go back and forth to my house there and spend the summer in a cooler place.

Q: With as many records as you have recorded, choosing a handful for a set has got to be difficult. What can we expect from you, set wise, while you're in Arkansas?

A: I will play some fiddle, some electric guitar, some acoustic guitar, the piano, and who else knows what I will do. I will perform some of the new songs and lots of the hits, so come on out and watch for yourself.

Q: What's one thing everyone needs to know about Hank Williams Jr.?