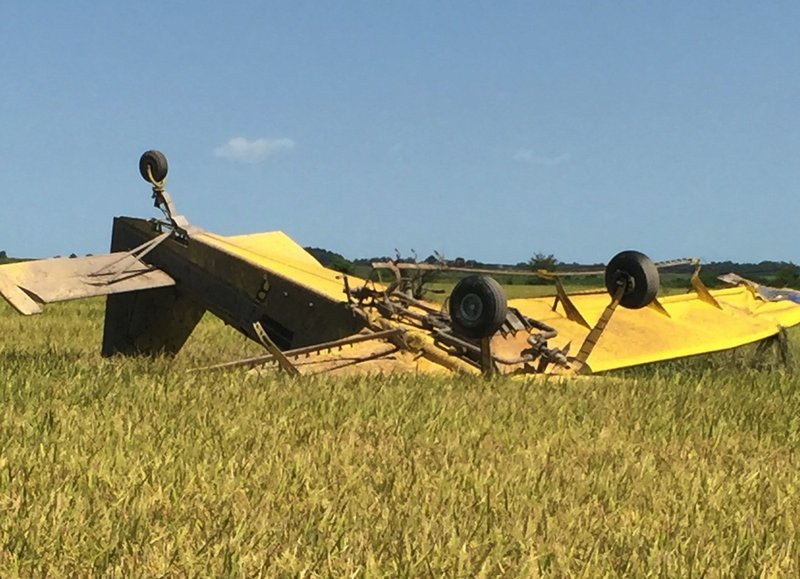 A single-engine crop duster flown by 44-year-old Robert Bobby Guthrie sits in a field after a crash Wednesday, Aug. 26, 2015. Guthrie suffered minor injuries in the crash.

According to a statement, the pilot's injuries did not appear to be life-threatening. No passengers were on board the aircraft, authorities said.

The Jefferson County sheriff's office said the Federal Aviation Administration has been notified of the crash.