A man suspected of robbing a Little Rock lingerie store has been arrested in Texas, authorities said.

The Little Rock Police Department said that the man had held up a Cupid's Lingerie store early Monday was identified as 27-year-old Brandon Seawright of Bryant and that he had been arrested Wednesday night in Nederland, which is east of Houston.

A police spokesman said Seawright was arrested without incident at his brother's house and will face a charge of aggravated robbery.

Police said Monday that the robber was brandishing a "large blue steel revolver" that was likely actually a toy gun when he robbed the store at 3920 W. 65th St. shortly before 6:15 a.m.

The robber made off with the clerk's real handgun during the holdup. 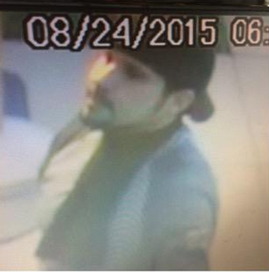