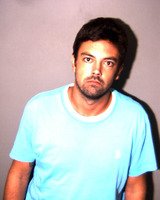 A seventh-grade math teacher in the White Hall School District in Jefferson County was arrested on drug charges Thursday after undercover investigators bought suspected marijuana from him, authorities said.

The Jefferson County sheriff's office says police officers were conducting an "undercover sting" when they bought an "undisclosed amount of suspected marijuana" from him.

According to a news release, Bolick had two safes with him when he was arrested Thursday in a traffic stop outside White Hall. Investigators later searched the safes and found about a pound of suspected marijuana, the release said.

Bolick remained in the Jefferson County jail Friday with preliminary bail set at $1,085, according to an online jail roster.