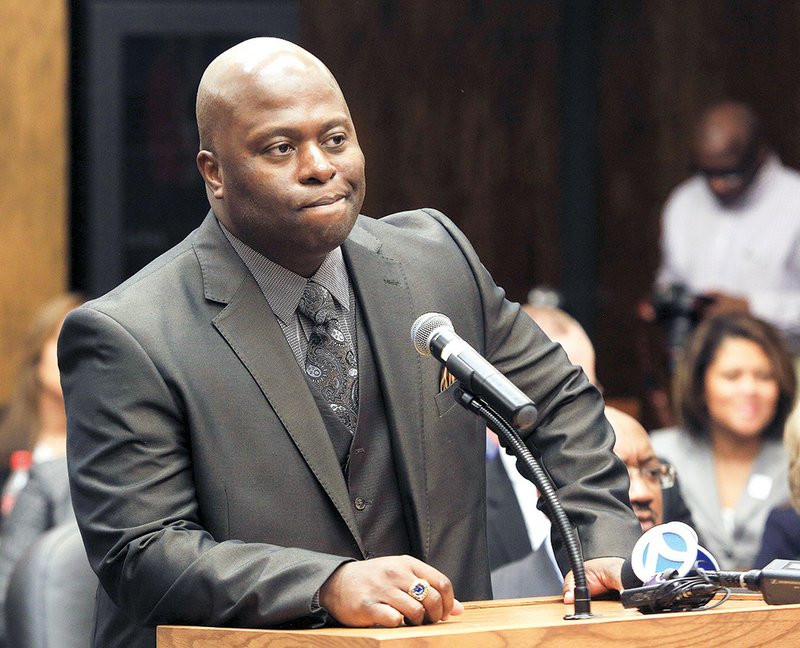 FILE — Little Rock School District Superintendent Dexter Suggs answers a question during the Jan. 28 hearing in which the Arkansas Board of Education voted to take over the district.

The doctorate of the former head of the Little Rock School District has been revoked by an Indiana university.

Dexter Suggs, who resigned as superintendent of the state's largest school district in April, had his doctorate from Indiana Wesleyan University nullified earlier this month, said Don Sprowl, executive vice president of academic affairs at the university.

The doctorate of education in organizational leadership was originally granted in December 2009. Suggs still holds a master's degree and an education specialist degree from the university.

Suggs resigned April 21 after allegations arose that he plagiarized parts of his doctoral thesis while at the university.

In a statement, the Arkansas Department of Education said: “The commissioner, who has assumed the authority of the board of directors for the Little Rock School District, prepared for a contingency such as this. The separation agreement outlines the consequences to Mr. Suggs in the event his degree was revoked. With that issue now closed, the commissioner is eager to assist LRSD in its ongoing process of improvement."