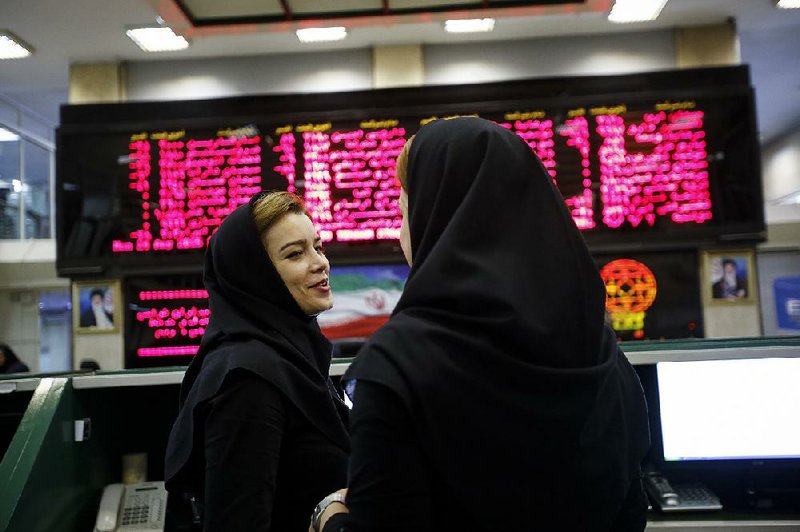 Iran expects its economic growth to accelerate next year as the removal of sanctions under a nuclear agreement offsets a global slump in oil prices, a top aide to President Hassan Rouhani said.

Growth is predicted to reach as much as 5 percent in 2016, up from an expected 3 percent this year, Vice President Mohammad Bagher Nobakht said in an interview in his office.

"Given oil revenue only represents 30 percent of the budget, the decrease in oil prices" has had limited impact on government spending, including on key infrastructure projects, Nobakht said in Tehran. The removal of sanctions will also allow the government to repatriate assets frozen overseas and shore up its foreign-currency reserves, he said.

Although a July 14 agreement struck between Iran, the U.S. and five other world powers to curb the Islamic Republic's nuclear program in return for lifting sanctions has yet to be enacted, it's led to a flurry of diplomatic activity to restore political and economic ties.

Iran's improving economic outlook has already seen tax revenue increase by about 30 percent since the start of the Iranian year on March 21, compared with the same period the previous year, said Nobakht.

Its foreign currency revenue totals more than $100 billion and the lifting of sanctions would release some $30 billion, he said.

"We don't have much debt, and we have considerable foreign currency reserves. This creates more confidence for those who want to invest in Iran," Nobakht said. "For the government, it's not about bringing $40 or $50 billion into the country, these figures are not important."

"What is important is the total assets that are seen as the Central Bank of Iran's reserves in the world and which foreign investors can rely on when wanting to come and invest," he added.

More than $5 trillion has been erased from the value of stocks worldwide since China's shock currency devaluation on Aug. 11. China's woes could shape the decision-making of other central banks by weakening the global economic outlook and transmitting another bout of deflationary pressures around the globe.

"Our economy is not yet interlinked with the word economy so the fluctuations that happen in markets abroad don't impact Iran with the same intensity or as directly," Nobakht said.

Iran, the world's fifth-largest crude producer, has set aside almost nothing for oil investments this year because of the drop in prices.

Money put into the industry dropped from about $40 billion for 2011 and 2012 combined to $6 billion last year, Iran's Oil Minister Bijan Namdar Zanganeh said last week, according to the ministry's news website Shana.

"Because of the drop in the price of oil, almost nothing has been set aside for investment in the oil industry this year," Zanganeh said, according to Shana.

A global oil surplus estimated by Iran now at 3 million barrels a day has been maintained nine months after Saudi Arabia pressed the Organization of Petroleum Exporting Countries to hold production in the hopes that rivals would cut first. Iran backed calls for an emergency OPEC meeting even as it repeated plans to increase its own production as soon as international sanctions end.