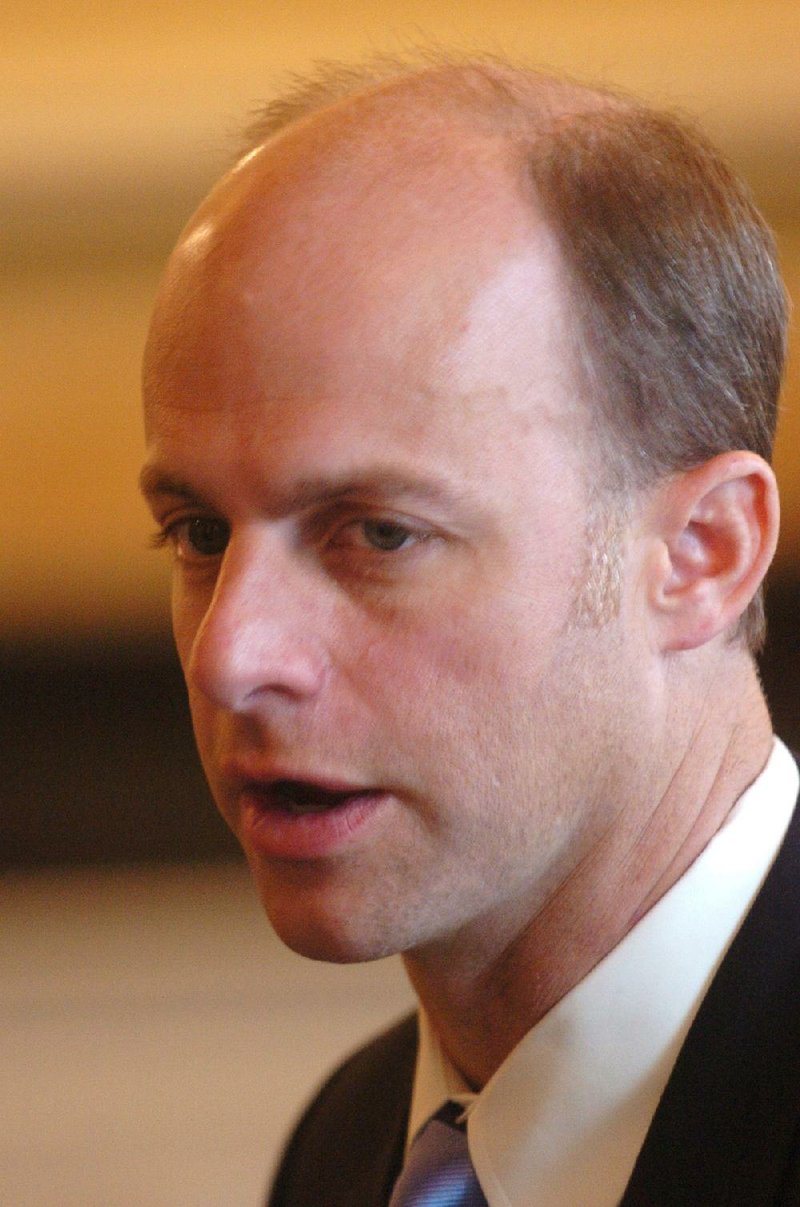 The IRS gives employees credit for paying their payroll deductions even if the business they work for hasn't sent that money to the government, according to a Little Rock attorney who specializes in tax law.

"The IRS and [the Social Security Administration] both give credit to the employee," said Richard Corry, who has spent a decade handling federal tax law cases.

The Internal Revenue Service filed a lien in Sebastian County against Foster, Files & Harris LLC on Nov. 10 for more than $110,000 in unpaid payroll and unemployment taxes. The company is owned by Sen. Jake Files, R-Fort Smith, who is chairman of the Senate Revenue and Taxation Committee. The amount owed includes federal tax, Social Security and Medicare deductions for employees of the business.

When the federal government files a lien, it is essentially making a claim on all current and future property as security for a tax debt, according to informational resources supplied by the IRS.

Once IRS officials have examined payroll tax records and find a shortfall, they first send a notice to the business and demand payment. If the owed amount isn't paid within 10 days of the notification, a lien can be placed on the business and a notice is then posted with a county recorder or secretary of state's office.

Corry said the existence of a lien can significantly harm a business.

"It is hell on a credit score," Corry said. "Soon after the filing, their mailbox will be full of national tax resolution companies' literature being sent to them. ... The filing could trigger problems with bond requirements and insurance policies. ... Those could prohibit them from being awarded any federal contracts."

In comments for a previous story about the IRS lien, Files said that because of the ups and downs in the construction industry, he fell behind on quarterly payments to the IRS and that he hopes to have it paid off before February.

A spokesman for the IRS, Richard Sanford, said his agency is not allowed to comment on matters related to any taxpayer.

Corry said he's seen only two cases of tax delinquency result in prosecution. U.S. district attorneys are particular about which cases they go after, he said.

"Say you have 10 employees running a small business, say with a $300,000 payroll a year, and you know you have a cash-flow crunch. If you stop paying the light bill, you'll know about it in 45 days when they turn [the power] off. You can treat [a lien] as a short-term, high-interest loan from the IRS," Corry said. "In most cases, you can go along for a year before anything serious happens."

According to a June 2014 article in the Journal of Accountancy, Vani Murthy, a certified public accountant, wrote that the federal government looks at unpaid payroll taxes as its money and "will not relent" in collecting it.

"Even worse, failing to pay trust fund taxes can lead to criminal charges ... punishable by up to a $10,000 fine or five years in prison or both," Murthy wrote, referring to withholding for Social Security and Medicare.

"However, the IRS reserves criminal charges for the most egregious cases, usually where the responsible person owned the business and diverted the money for his or her own personal use, rather than situations where an owner or other responsible person in a business that was facing hard times used the money to pay other creditors in a misguided attempt to keep the business afloat."