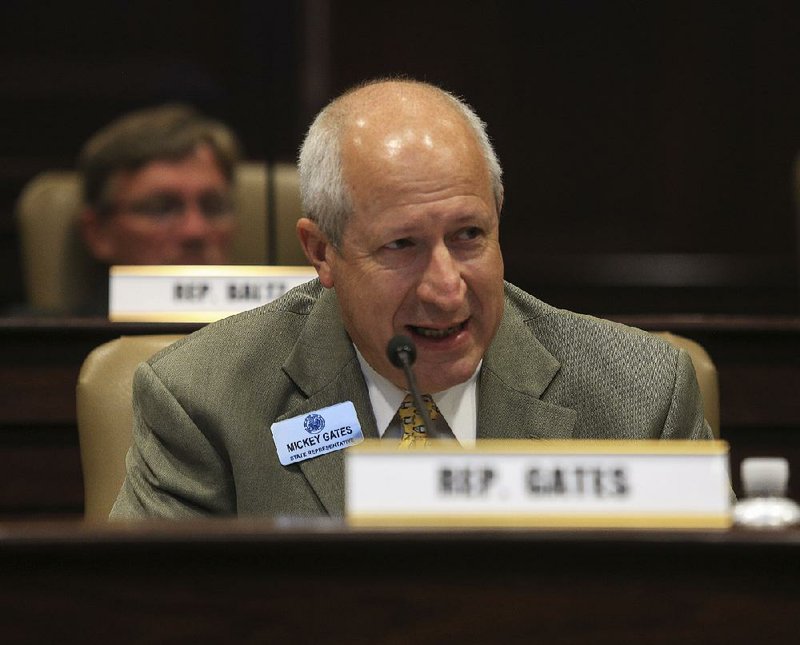 Rep. Mickey Gates, R-Hot Springs, is shown at a meeting of the Joint Performance Review Committee.

Five state lawmakers or companies connected to them have state tax liens filed against them ranging in amounts of more than $29,000 against state Rep. Bob Johnson to more than $2,000 against Gillam Farms, whose vice president is House Speaker Jeremy Gillam. 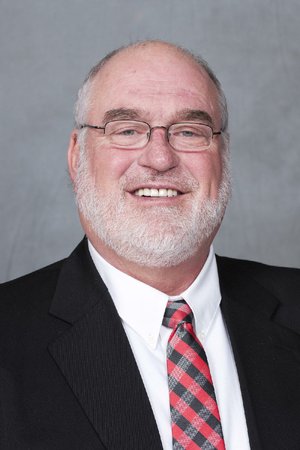 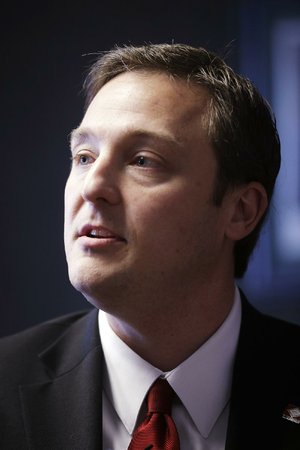 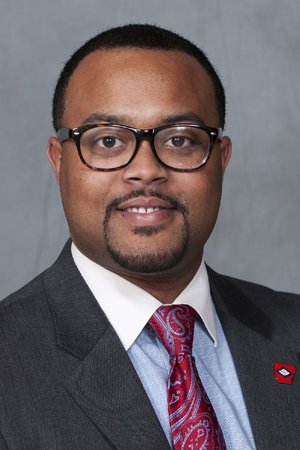 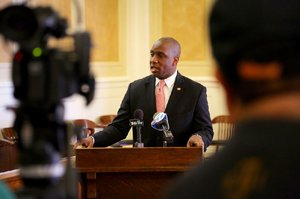 Photo by Stephen B. Thornton
Rep. Eddie Armstrong, D-North Little Rock, speaks during a press conference in this file photo.

Others with state liens filed against them are Reps. Mickey Gates, R-Hot Springs, and Eddie Armstrong, D-North Little Rock, and a business whose president is Rep. Charles Blake, D-Little Rock.

A lien is a legal claim or hold on a piece of property as security for the payment of a debt. It has the same force as a judgment issued by the circuit court, where the liens are filed.

The Arkansas Democrat-Gazette asked the state Department of Finance and Administration for information about state tax liens against lawmakers and companies connected to them after reporting about tax liens filed against a company owned by Sen. Jake Files, R-Fort Smith. Files is chairman of the Senate Revenue and Taxation Committee.

The liens against the five lawmakers or their businesses are all active and haven't been released, said Jake Bleed, a spokesman for the Department of Finance and Administration.

A lien can be released if the person pays the amount owed or if the person shows that the department made a mistake and he doesn't owe anything, Bleed said. After payment is made on a lien, there is a waiting period before a lien is released, he said.

The Finance and Administration Department filed a lien against Johnson, a Democrat from Jacksonville, and his wife on April 9, 2014, for $14,881.29 in individual income taxes for the tax years ending Dec. 31, 2009, and Dec. 31, 2010, according to Pulaski County records.

Johnson, a certified public accountant who is serving his first term in the state House of Representatives, said he recently completed paying off the tax liens.

"We have been fighting, negotiating and compromising for quite some time. I thought it was best to just go ahead and pay it, so I did," said Johnson, a former Pulaski County justice of the peace, who switched parties in 2013 to run for the state House in 2014.

He was reluctant to provide details about his tax dispute.

"I don't want to air my personal tax issues," Johnson said in an interview. "There were federal [tax] issues that flowed down to the state, and we discussed it and we came to terms and I paid them.

"I fight this fight for clients all the time," said Johnson.

Gates, president of The Stonebridge Collection, which places logos on pocketknives, said he ultimately paid the state much less than $166,724.13, after his business expenses were factored in.

He said his company got behind on paying its taxes after "we had some corporate theft and didn't find it for several years, and it nearly bankrupted us."

"We have built it back from the brink," Gates said of his business, adding that he worked about 20 hours a day for six days a week and about a dozen hours on Sundays for four and a half years.

He said he's hoping to pay off the 2014 state tax lien during the first quarter of next year. He is serving his first year in the House and is a former Garland County justice of the peace.

On Sept. 30, the finance department filed a lien for $14,591 in withholding wage taxes against Cenark Transportation LLC of Little Rock, for which Blake is president, according to Pulaski County records. The state Department of Workforce Services also filed a lien on Aug. 14 for $356.30 in delinquent contributions against Cenark Transportation Co.

When contacted about the finance department tax lien against the company, Blake said he wasn't aware of the lien.

"I have to look into it. I have no idea what you are talking about," he told a reporter for the Arkansas Democrat-Gazette.

Later, Blake said he contacted the finance department and learned that "somebody forgot to file a [payroll withholding] reconciliation form. When you have a business, you try to delegate," Blake said.

He said Cenark Transportation is a family-run business, owned by his brother Derrick Blake of North Little Rock and for which he serves as president.

"I'll probably have it resolved the first of next week," said Charles Blake, who is serving his first term in the House.

Blake said the tax lien filed against the company by the Department of Workforce Services resulted from "an oversight," and he hopes to resolve it soon.

The records show that the department also has filed and later released several other tax liens against Armstrong.

Armstrong, who has served in the state House since 2013, said Friday that he's paid off the latest two liens.

He said he has worked over several years to pay off state taxes that he owed from his former consulting and lobbying business.

"He had overlooked that there was some penalty and interest from [the late payment of taxes in] some previous years, and that is what he has been working with DF&A [on] since back in the fall," he said.

"The reason we had to clear it up was because the summer we had and ... because all of his records showed a zero balance and that we didn't owe anything, and then he found that they had something that said we did owe some past-due amounts," said Gillam. He said the farm lost about 65 percent of its blackberry crop because of the lack of available employees this summer.

Gillam said his brother hopes to resolve these liens soon.

The department also acknowledged in a Nov. 9 filing that it filed a tax lien on Aug. 28 in error against Gillam Farms for $13,182.98 in delinquent withholding taxes for the tax year ending Dec. 31, 2014. It released the lien. Gillam, who has served in the House since 2011, said these liens resulted from confusion about what company the state was taxing, and it turned out that Gillam Farms didn't owe any back-taxes.

Information about these liens was obtained after an Arkansas Freedom of Information Act request was filed with the Department of Finance and Administration about each member of the House and Senate. The Democrat-Gazette then checked the liens against counties' records.

It was reported in October that two state agencies had tax liens for more than $3,800 against a company owned by Files. Files has said he paid what he owed the two agencies.

The finance department's lien filed on Sept. 2 against Foster, Files & Harris LLC for $1,368.91 over withholding wage taxes and the Department of Workforce Services' lien filed on Oct. 13 against the firm for $2,440.80 over delinquent contributions were released on Nov. 12 and Nov. 6, respectively, according to the Sebastian County clerk's office.

The Internal Revenue Service filed a lien against Foster, Files & Harris on Nov. 10 for more than $110,000 in unpaid payroll and unemployment taxes.

Files said previously that 2014 was "a challenging year" for his business, which is in the construction industry. He also said his business was affected by his absence while he attended the Legislature's regular session earlier this year.

At that time, he said he expected to resolve the lien in the next 30-45 days.

Files has said he used a $30,000 loan from lobbyist Bruce Hawkins to pay off a hot check of more than $6,800, for "working capital" for his construction businesses and to purchase material for other construction jobs. The loan was made April 20 and paid off on Oct. 14, he said.