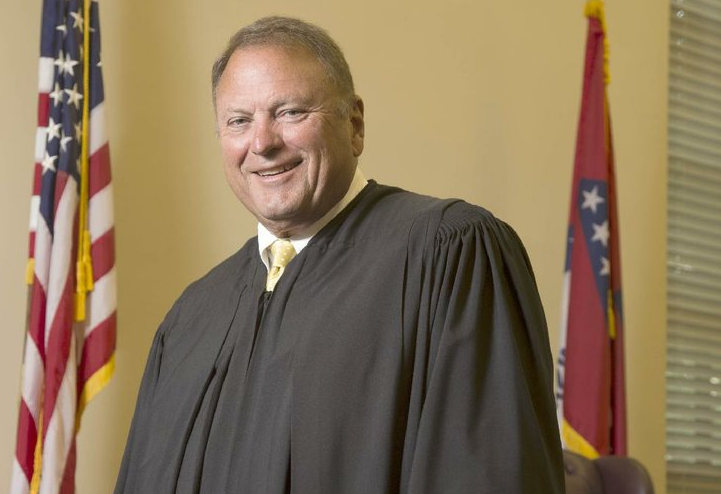 A law that eliminates the retirement benefits of Arkansas judges who are elected at age 70 does not violate the state constitution, a Pulaski County circuit judge ruled Monday.

Judge Chris Piazza upheld the legality of Arkansas Code 24-8-215, dismissing a lawsuit that challenged the 50-year-old statute. The law requires judges who are elected to office at age 70 or older to lose the state retirement benefits they accrued while on the bench.

Judges who turn 70 while in office can finish their term without losing their benefits. Retired judges who are appointed to office have their benefits suspended while they serve.

Circuit judges are vested in their retirement in eight years and are eligible for full retirement benefits after 25 years of service, with the potential to receive up to 80 percent of their salaries.

Legislators might have had good reasons to push judges out at age 70 a half-century ago when the age restriction was established, and while those reasons might not seem good enough today, they don't bring the law into conflict with the Arkansas Constitution, Piazza said.

Four current and former circuit judges sued the Arkansas Judicial Retirement System in July, arguing the age provision is illegal because it amounts to the Arkansas Legislature creating a statutory requirement to the qualifications to run for circuit judge.

The law prevents experienced judges who still want to serve the public from holding office, they argued.

Lawmakers can't add anything more to the qualifications approved by voters in Amendment 80 of the state constitution, plaintiffs attorney Jim Schultze told the judge.

His clients will appeal the decision, he said.

Jorgensen argued the law does not keep any qualified judicial candidate from holding office, as the plaintiffs claim.

It could require a candidate to make a hard choice: either hold office or lose the benefits, Jorgensen said.

Judges who choose to serve past 70 will be reimbursed for their contributions to the system, he told the judge.

"[The law] may encourage you to make a choice, but that's not unconstitutional," Jorgensen said.

Piazza is one of four Pulaski County circuit judges who will lose their benefits if they seek another six-year term when their seats come up for re-election in 2020. The others are Mary McGowan, Joyce Warren and Richard Moore.