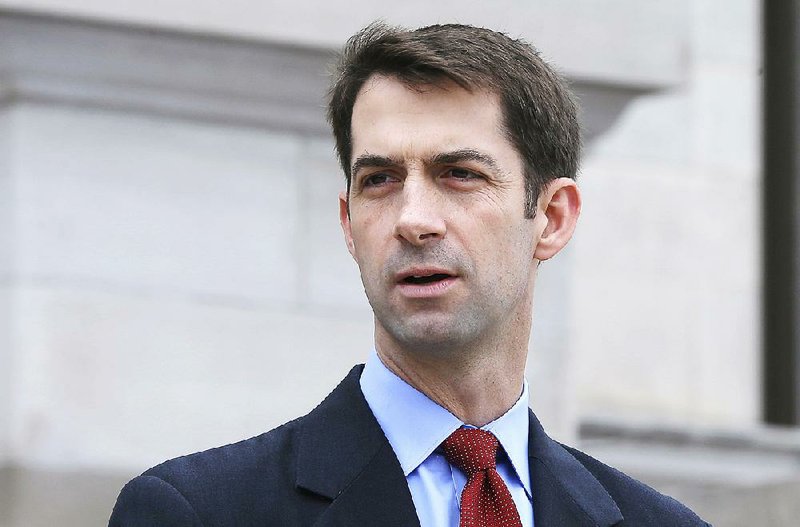 Sunday's 60 Minutes episode aired weeks after terrorists in Paris are said to have used encryption technology to shield themselves from having their plans monitored through surveillance, according to Washington Post reporting.

In the CBS News report, Cook spoke on Apple's policy to not share user data, which was in place before the Park attacks last month and remains in effect after the act of terrorism killed 130. He rejected the idea of a "back door" that would allow intelligence agencies to gather data.

"The reality is if you put a back door in, that back door is for everybody, for good guys and bad guys," Cook told 60 Minutes contributor Charlie Rose.

Cook said the idea that a choice must be made between privacy and security is "overly simplistic."

Cotton challenged the technology company's efforts to protect the privacy of those using Apple products, saying the encryption could result in unintended consequences such as protecting criminals.

"If we apply a different legal standard to companies like Apple, Google and Facebook, we can expect them to become the preferred messaging service of child pornographers, drug traffickers and terrorists alike — which neither these companies nor law enforcement want," Cotton said.