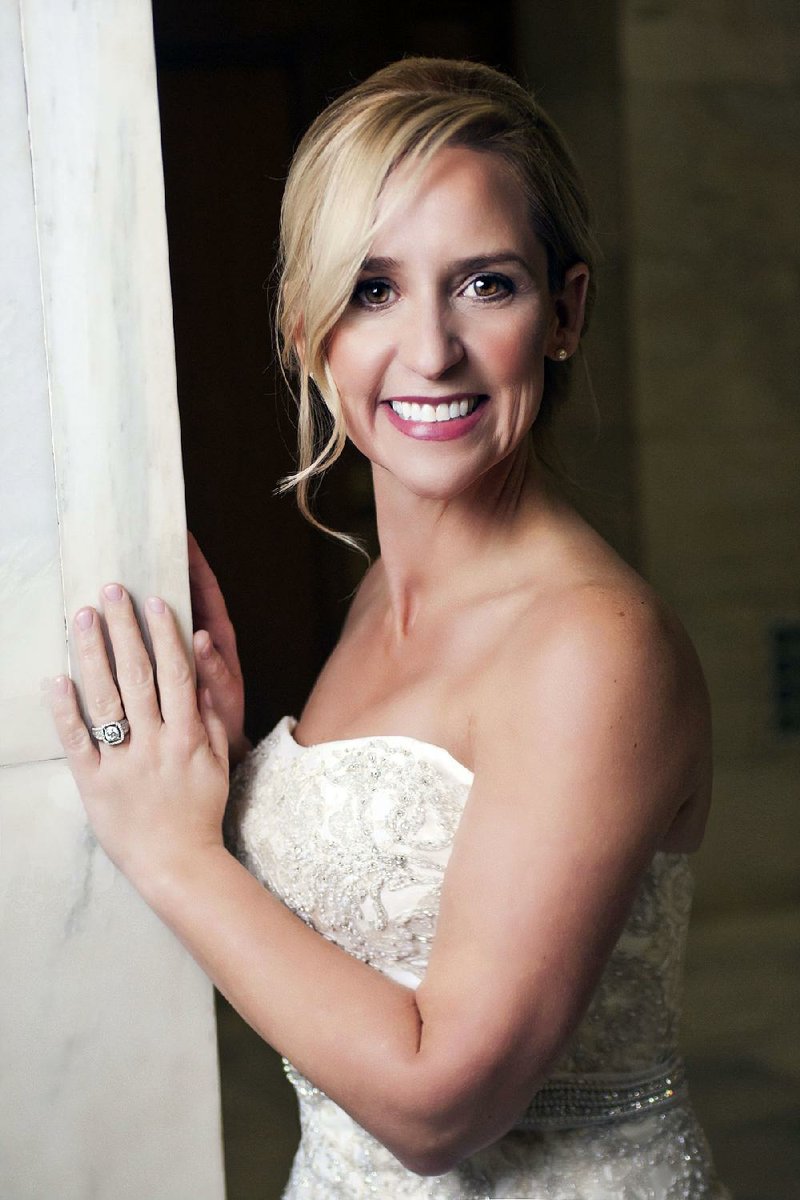 Parents of the bride are Nancy and Keith Rutledge of Batesville. She is the granddaughter of the late Dishie and Ralph Leonard, the late Leslie Rutledge and the late Ona Dunphy, all also of Batesville.

The Lafayette Building was decorated for the Christmas season with red flower arrangements and evergreens. Music was by vocalists David McCoy and Susanna Sampson and pianist Scott Whitfield.

The bride, given in marriage by her father, wore a strapless trumpet-style gown of ivory mikado-silk embellished with champagne beaded lace. She carried a bouquet of red roses.

Serving as the bride's honor attendants were Susan Altrui of Little Rock and Misty Pretty of Batesville. Bridesmaids were Shanda Ferguson of Maumelle and Jennifer Hatten and Dora Vertenten, both Alexandria, Va. They wore black gowns in the style of their choice and carried bouquets of red roses.

The groom's honor attendants were his brothers, Nat Johnson III of Germantown, Tenn., and Reggie Johnson of Maumelle. Groomsmen were Kyle Moery of Carlisle, and Dennis Pirani and Phil Marconi, both of Marion. Guests were seated by Alan Morris of McCrory and Brett Johnson of Maumelle, nephew of the bridegroom.

A reception, also at the Lafayette, followed the ceremony. Guest tables were decorated with arrangements of red wedding flowers, evergreens and votive candles. Assisting were Megan, Samantha and Natalie Johnson, nieces of the groom.

The groom is a graduate of UA's College of Agriculture and has an agricultural business interest in Marion.