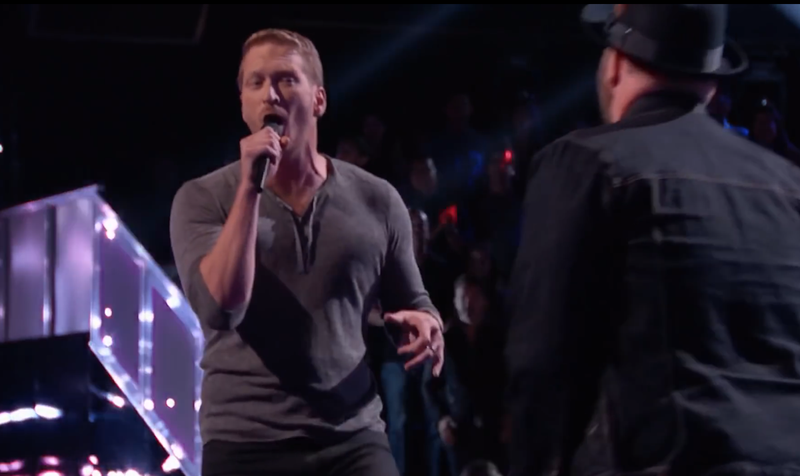 Marion native Barrett Baber (left) and Dustin Christensen of Orem, Utah, (right) sing Marc Cohn's "Walking in Memphis" on stage during a battle round on NBC's "The Voice." The episode will air at 7 p.m. Monday.

The shows will be at 8 p.m. Jan. 14 and 9 p.m. Jan. 15, both at the Revolution Music Room on President Clinton Avenue, according to Baber's website.

His show Jan. 15, The Acoustic Encore, will include fellow Voice contestant Dustin Christensen and feature "behind the scenes stories, solo acoustic performances of songs from [The Voice] and the debut of new unreleased original songs," Baber's website states.

Tickets are not available for purchase online for the Jan. 15 show.

Christensen is also set to be the opening act for Baber's Jan. 14 show. Tickets are $15 for that show, which will feature Baber's full band.

Baber was among four finalists on The Voice who competed for a recording contact and $100,000. After the votes were tallied, Jordan Smith was named the season 9 winner Dec. 15.

In October, Baber told ArkansasOnline that he and Christensen, an Orem, Utah, native, had become best friends over the course of the singing competition.

"Heading into finals, that's when we really became closer," Baber said at the time. "Right away, we both just put to bed any ideas that this is a battle or that we are working against one another."

More information about tickets for the shows is available by visiting Baber's website or arkansaslivemusic.com. 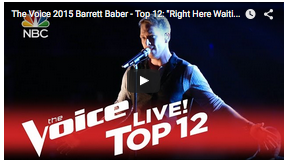 VIDEOS: All of Barrett Baber's performances on "The Voice"