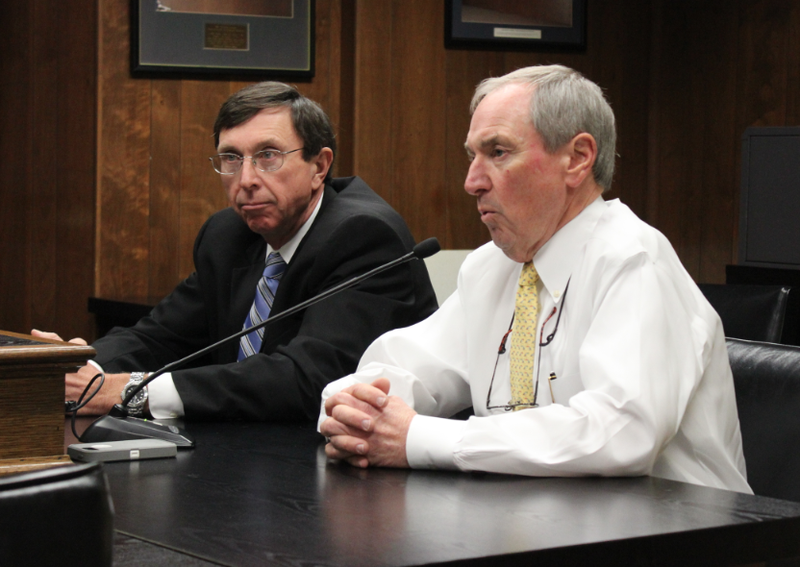 Members of the Arkansas Legislative Black Caucus on Monday raised concerns about the state Board of Education's vote last week to take over the Little Rock School District, a move that dissolved the locally elected school board and shifted the superintendent to interim status.

The panel questioned Education Commissioner Tony Wood, who now oversees the Little Rock district, and Board of Education Chairman Sam Ledbetter, whose vote in favor of a state takeover broke a 4-4 tie.

The state board met last Wednesday, considering different options for intervention in the Little Rock district after six of its schools were classified as being under academic distress: Baseline Elementary, Cloverdale Middle, Henderson Middle, Hall High, J.A. Fair High and McClellan High.

State Rep. Fred Love, D-Little Rock, questioned Wood and Ledbetter about why the Little Rock board couldn't have been left in place as the state intervened. And he criticized the move because the state hasn't yet developed a detailed plan on the steps it will take in Arkansas' largest school district.

Ledbetter noted that a state takeover is the "main tool that exists to address that" and that problems in Little Rock have been ongoing for years.

"At some point, you have to say, 'How are we going to make changes and make improvements,'" he said.

Love said he wasn't satisfied with that explanation.

In response to a question from state Sen. Joyce Elliott, D-Little Rock, Wood said Little Rock's 42 schools not under academic distress should "not anticipate any significant change" with the state takeover.

But he cautioned that he is concerned about the Little Rock district's financial situation when the desegregation settlement ends payments it has been receiving from the state.

"We are going to look closely at that area also," Wood said, "which in turn could have some impact on other schools."

Rep. John Walker, D-Little Rock, contended the state took over the district because the local board had passed a facilities plan that called for a new school in southwest Little Rock.

Ledbetter disagreed, but Walker pressed on, saying the state board wanted instead for the new school to go into an affluent part of west Little Rock despite pressing needs in the poorer southwest area.

"Sam, you knew that," Walker said. "And that's what makes your participation in this as a member of the so-called moderate community somewhat despicable."