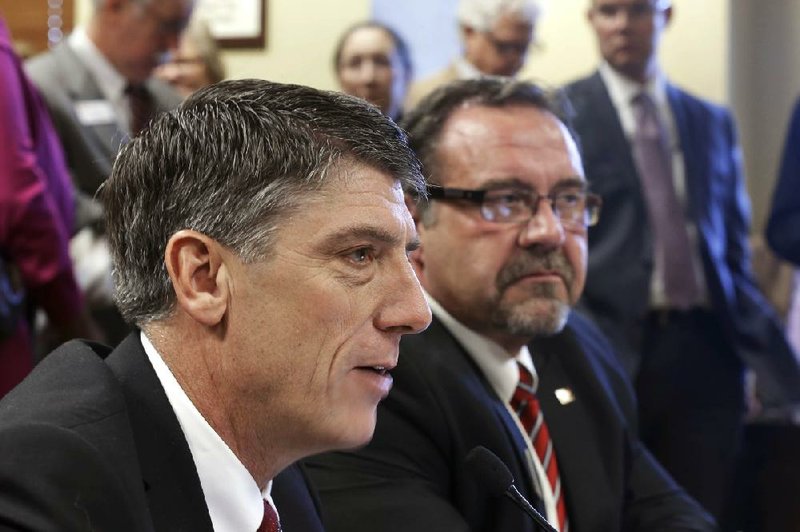 A House committee advanced legislation Tuesday aimed at finding an alternative to the private option and ending the existing program by the end of 2016. 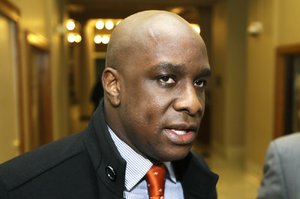 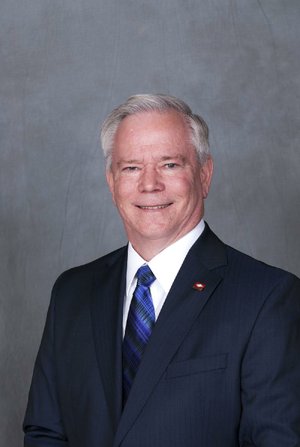 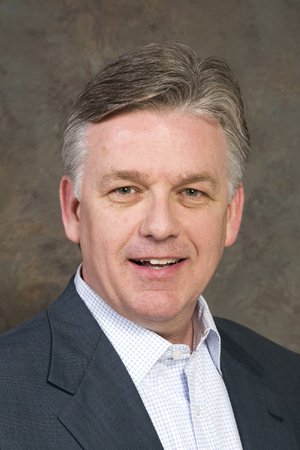 By a voice vote, the House Public Health, Welfare and Labor Committee approved Senate Bill 96 after about 45 minutes of debate.

The bill, sponsored by Sen. Jim Hendren, R-Sulphur Springs, is Gov. Asa Hutchinson's plan to create a task force to study changes to the state's overall Medicaid program that could replace the private option.

Linck presented the bill alongside Rep. Joe Farrer, R-Austin, who has been staunchly against continuing the private-option program.

"This is a Medicaid reform bill," Farrer said Tuesday. "This is what we in the Legislature and the state of Arkansas have been pushing for for years. We want to reform the Medicaid system so it works for us. I'm in total support of this."

Speaker of the House Jeremy Gillam, R-Judsonia, said he expects to take the legislation to the House floor Thursday followed by Senate Bill 101, which contains the $8 billion appropriation for the state Department of Human Services' Medical Services Division and includes $1.9 billion for the private-option program. DHS spokesman Amy Webb said last week that the program is estimated to cost about $1.62 billion in fiscal 2016.

Authorized under the federal 2010 Patient Protection and Affordable Care Act and approved by the Legislature in 2013, the expansion of the state's Medicaid program extended eligibility to adults with incomes of up to 138 percent of the poverty level: $16,105 for an individual, for instance, or $32,913 for a family of four.

More than 223,000 newly eligible adults had been approved for insurance coverage as of Nov. 30. That included more than 188,000 who were enrolled in private, Medicaid-funded plans on Arkansas' federally operated health insurance exchange. It also includes more than 25,000 who were assigned to the traditional Medicaid program because they were considered to have exceptional health needs, and more than 10,000 who had not yet completed enrollment.

The state will have to pick up 5 percent of the private-option's cost starting in 2017, and its share of the cost will gradually increase to 10 percent in 2020, when Hutchinson said it will cost the state more than $200 million a year.

Gillam and Linck said they plan to begin working today to determine if there is enough support to pass the legislation. Both were hopeful that they could avoid traps that last year's fiscal legislative session fell into, when the appropriation bill to reauthorize the private option failed four times before passing in the House.

"Maybe first thing Thursday morning we'll have a good idea of where everybody's at," Gillam said. "I would love to be able to deal with this in one afternoon, have the votes and be able to move on and pivot to other topics that are still out there and need our attention."

Linck said the task force legislation needs 51 votes to pass, but the appropriation bill will need the support of three-fourths of lawmakers, or 75 House members.

SB96 did not breeze easily through the House Public Health Committee on Tuesday. Several legislators sought to negotiate a compromise that would end the private-option program sooner than the proposed Dec. 31, 2016.

Reps. Richard Womack, R-Arkadelphia, and John Payton, R-Wilburn, asked if the sponsors would be willing to end the program either in 2015 or in July 2016 to align with the fiscal year.

Linck and Farrer explained the complications of an earlier end-date.

"If we end the program before the [federal waiver] ends, we have an appeal process we have to go through. Now, do we want to gamble on how long the appeals process lasts?" Farrer said.

SB96 states that "under no circumstances may Medicaid eligibility be extended past Dec. 31, 2016, for the current Medicaid expansion population" under the private option "without express legislative approval through a proper enactment of law by the General Assembly."

Under SB96, the task force's 16 voting members would include five appointed by Gillam and five appointed by Senate Pro Tempore Sen. Jonathan Dismang, R-Searcy. Also on the task force would be House Republican leader Ken Bragg of Sheridan, House Democratic leader Eddie Armstrong of North Little Rock and Senate Democratic leader Keith Ingram of West Memphis, as well as Dismang, Gillam and Hendren or their designees. State Surgeon General Greg Bledsoe would be a nonvoting member.

The task force would be required to file a written report with the governor and legislative leaders by year's end.

Other members of the House Public Health, Welfare and Labor Committee continued to raise questions about whether the sponsors or DHS could include an enrollment cap in SB96. Rep. Robin Lundstrum, R-Springdale, noted again that other states had capped enrollment in previous years.

Farrer said those caps were put in place on traditional Medicaid programs in those states, but the waiver obtained by Arkansas to create the private-option Medicaid expansion did not allow for caps. DHS Director John Selig testified that he believed placing a ceiling on how many people could enroll in the program would effectively violate and end the waiver.

During the committee's voice vote, several members audibly opposed the bill. No one requested a roll call vote.

House leaders Tuesday were hopeful but still concerned about having votes to pass the private-option appropriation bill.

Armstrong said he is working to rally support for both bills in his 34-member caucus because only "about 15 to 18" members had committed to vote for the plan as of Tuesday.

Armstrong said some members have problems with voting to effectively end the private option.

"Our main concern ... is that we protect those 200,00o that are on the rolls. That no one is capped or removed from it," Armstrong said. "Our issues aren't with the structure of the policy; our issues are more in alignment and remain with the fact that we're almost damned if we do and damned if we don't on this vote."

Bragg said there were still many undecideds. He noted that many Republicans were listed as "undecided" on earlier legislation that cut taxes on the middle class, but that ultimately, when it came time for the vote, they followed party leadership.

"The bottom line is the private option is ending," he said. "It's going away, and we're going to look for a better system."

Meanwhile, Rep. Donnie Copeland, R-North Little Rock, said he plans to revive HB1181, which failed in committee last week. The bill would have ended the private option this year by capping enrollment in July and ending temporary coverage for everyone already on the program on Dec. 31.

Copeland said there is frustration with the leadership's plan, adding that about 30 members had told him they planned to vote against it.

"It has a lot of people nervous," he said.