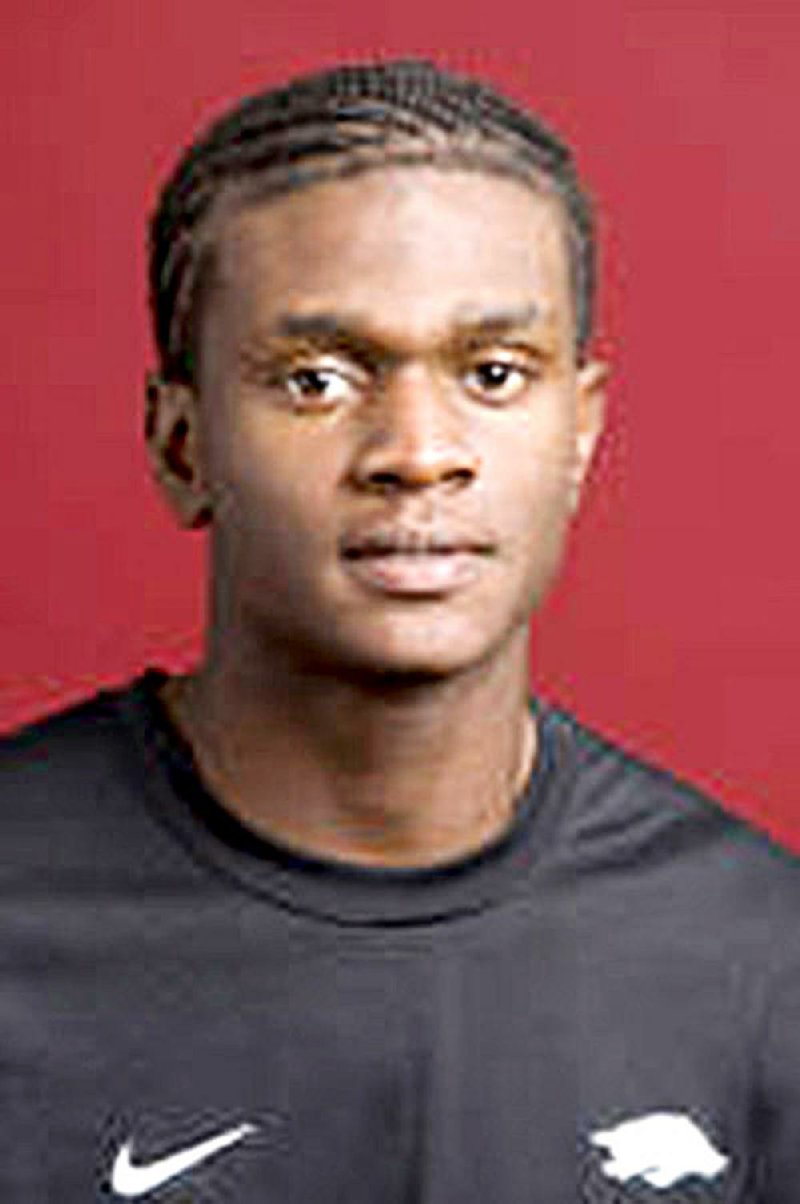 FAYETTEVILLE -- Top officials with the University of Arkansas this week reversed a decision they say was issued in error that would have allowed a 24-year-old man found responsible for sexual misconduct to receive his degree, pending completion of community service and counseling requirements.

Instead, former Arkansas Razorback track and field athlete Raymond Higgs -- an Olympic long jumper who represented the Bahamas in the 2012 games -- has been expelled, said UA spokesman Laura Jacobs.

The university took on the case after a UA student described to authorities being raped by Higgs on Oct. 20 in her dorm room in the Northwest Quad residence hall. Washington County prosecutors, after a lengthy review, declined to file charges against Higgs, who described it to authorities as a consensual sexual encounter. Prosecutor Matt Durrett told the Democrat-Gazette on Feb. 6, "There just wasn't enough evidence to prove forcible compulsion beyond a reasonable doubt."

But universities have their own system of review for sexual-assault cases. A UA panel in December found "a preponderance of evidence existed" to find Higgs responsible for sexual harassment and sexual misconduct, violations described in UA's conduct code.

A request for comment from the woman reporting the rape was relayed through Laura Dunn, an attorney and advocate who assisted her in the case. The UA student, 19 at the time she reported the rape, did not respond Friday, but The Huffington Post included a statement from her in a report Thursday on the case.

The Washington Post reviewed survey data from nearly 100 universities, concluding in December that expulsions in sexual-misconduct cases are rare compared to students being suspended and allowed to finish their studies. University policies requiring mandatory expulsions in sexual-assault cases are considered rare, the Post reported, and federal guidelines do not specify what punishments are appropriate.

The expulsion represents an abrupt change from terms laid out in a Jan. 29 letter signed by Gearhart and Vice Provost for Student Affairs Danny Pugh.

In describing the change, Jacobs said a media inquiry into the Jan. 29 letter -- which would have set aside a Dec. 12 ruling by UA's Title IX Administrative Hearing Panel to expel Higgs immediately -- led to the discovery that a decision had been issued in error.

"In reviewing the recent inquiry, university officials learned that a decision letter on a student appeal, which the chancellor had not seen or approved, was mechanically signed and transmitted in error while the chancellor was out of the office," according to a statement released by the university. "Upon learning of this fact, the chancellor immediately issued a letter reflecting the decision that he and the vice provost for student affairs had previously approved."

The statement also said that Gearhart "has taken corrective measures to prevent this type of error from reoccurring in the future, including not allowing decision letters to be signed mechanically."

The Title IX Administrative Hearing Panel provides an opportunity for a complainant and the accused to speak to a mixed-gender group of three university administrators.

In cases involving serious sanctions, known as Level 2 sanctions, an appeal filed by a student is reviewed by the UA chancellor and vice provost for student affairs.

The review is a "paper process," said Rachel Eikenberry, director of the UA office of student standards and conduct. "The appellate body does not have any meetings with students, witnesses or anyone."

In his appeal, Higgs wrote a Dec. 17 letter apologizing for his actions and asking for a lesser sanction, noting that he had completed degree requirements.

"I would first like to acknowledge that at this point I do respect your decision, and I do not intend to return to the University of Arkansas," Higgs wrote before adding, "I need my degree to be able to continue my career as a track professional here in the United States, and at home in my country to be able to get [a] reasonable job."

The Jan. 29 letter that the UA says it mistakenly sent out also references Higgs' degree progress.

"In light of the fact that you had successfully completed your graduation requirements at the University of Arkansas prior to the date of the hearing panel's decision, we do not believe that imposition of the sanction of immediate expulsion is appropriate in this case," the Jan. 29 letter states.

It goes on to say Higgs' expulsion would be effective May 10, and that he would need to obtain counseling and complete no fewer than 100 hours of community service by May 1 to receive his degree.

In 2012, Higgs was convicted of harassment in Fayetteville District Court, a case that began with his arrest after a man told police that it appeared Higgs had motioned to a possible gun in his waistband while on campus.

That arrest came several hours after a dispute involving Higgs and women telling authorities that Higgs had made threatening gestures and harmed a friend. A woman with a broken phone, described in a police report as Higgs' girlfriend, declined to pursue charges and "stated that she didn't want to file anything because of his track career."

In 2009, Higgs was issued a criminal trespass warning related to an incident at the Northwest Quad dining hall in which a worker said Higgs grabbed a knife before the worker took it from him, according to a police report. Such warnings generally expire after a year.

Information for this article was contributed by Bob Holt of the Arkansas Democrat-Gazette.