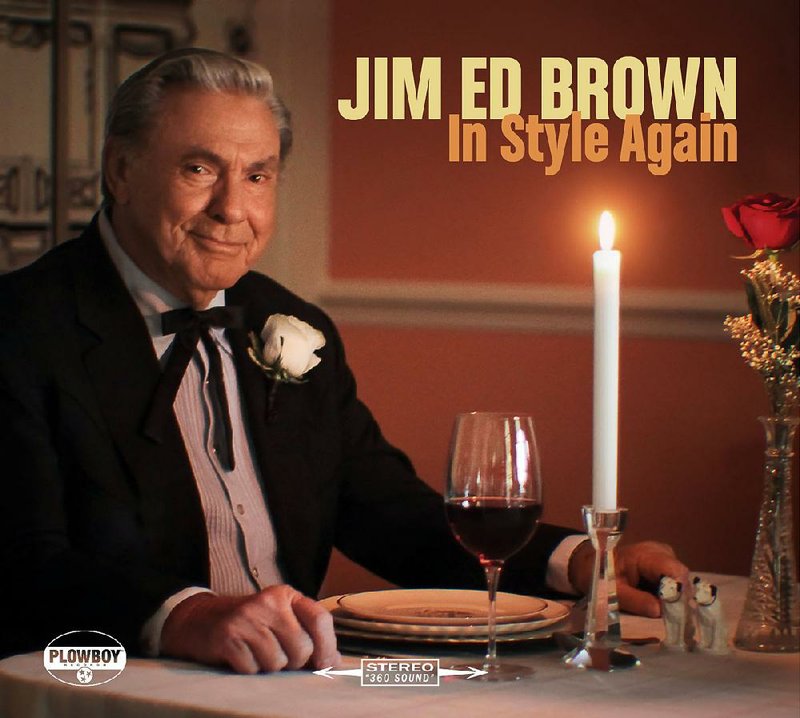 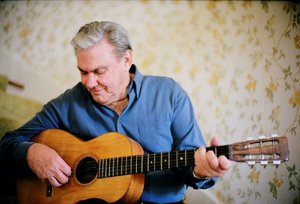 The Sparkman native, who grew up around Pine Bluff and lives outside of Nashville, Tenn., has had a long and storied career. He has recorded between 40 and 50 albums that span his career -- in The Browns, with sisters Maxine and Bonnie in the 1950s and 1960s; in a duo with Helen Cornelius in the late 1970s; and as a solo artist.

Brown, 80, who has a new album, In Style Again, had no plan to slow down his career. But in October, he was diagnosed with lung cancer and had to cancel his performances.

"I couldn't breathe; at the time it was thought it was my bronchial tubes, but that's when they found the fast-growing, small-cell cancer," he said, adding that the cancer was found in a lung and around his vocal cords and esophagus.

"They aggressively got after it," Brown says. "The doctors said they had to get ahead of it."

By the first of this year, he'd finished chemotherapy and had two weeks of radiation to go.

Brown is appreciative of his doctors and those who have supported him.

"I'd like to thank all my friends and fans for standing behind me during this little bump in my life and sending their prayers and love," Brown says, noting that he has a stack of get-well cards about 2 feet high from all over the country and the world, including Norway, Sweden and Germany.

Brown has returned to performing -- the first show was the Florida State Fair in Tampa on Feb. 9. He says he usually performs 40 to 50 shows a year and hopes to resume that pace.

In Style Again is his first album in about 30 years. He would liked to have recorded it in RCA's famed Studio B where he and his sisters recorded hits such as "The Three Bells" from their heyday in the 1950s and 1960s. But it was in use.

The new album's first single, "When the Sun Says Hello to the Mountain" features sister Bonnie Brown Ring of Dardanelle. His sister Maxine Brown couldn't make it to Nashville for the recording so Ring also sang her sister's harmonies.

"I hadn't sung in a studio in a long time but I was very pleased with how it came out," Ring says.

Helen Cornelius, who recorded a string of hit duets with Brown, rejoins him for a duet of "Don't Let Me Cross Over." Other guests on the new album include Vince Gill and The Whites. Bobby Bare produced the album's title tune.

Early in his career, Brown performed as a duet with his sister Maxine. They had a Top 10 country hit in 1954 with "Looking Back to See." Their younger sister Bonnie joined them the next year to form The Browns.

"Times were hard and those days were lean," Maxine Brown says. "We stayed and endured all the hardships because of our love of the music and our friends. Then, of course when we crossed over from country to pop, we lost a lot of our country friends, even the disc jockeys refused to play our records, they thought we had deserted our roots," she says. "When we tried to get back in the good graces of country music, we recorded 'Send Me the Pillow You Dream On' and it came out sounding more pop than country but sold a million in spite of the disc jockeys not playing it."

The trio, working with producer Chet Atkins, recorded several albums on RCA Records. Their hits also include "I Heard the Bluebirds Sing" and "Scarlet Ribbons."

"We knew we were pretty good and had a good sound," Ring says.

Jim Ed Brown's memories of working with his sisters include performances ranging from the Louisiana Hayride in Shreveport and The Ozark Jubilee, the first U.S. network (ABC) TV program to feature country music stars; touring Europe and Japan; performing on The Ed Sullivan Show and Dick Clark's American Bandstand; and being invited in 1963 to join the Grand Ole Opry.

In 1966, Bonnie and Maxine retired to focus on rearing their families while Brown pursued a solo career, which began with his debut hit single, "Pop-a-Top." Other hits include "Southern Loving" and "Morning." In 1969, Brown became host of TV's The Country Place and was one of the stars of Nashville on the Road, a syndicated show featuring performances from across the country. It and The Country Place can be seen on RFD-TV and Rural TV.

During the late 1970s, Brown and Cornelius had chart-topping success as a duo. Their hits included "I Don't Want to Have to Marry You" and "Lying in Love With You." In 1977, they were named Vocal Duet of the Year by the Country Music Association.

"Those were great years," Brown says. "I was kind of like a child with a new toy."

In the 1980s, he returned to television as host of Nashville Network's You Can Be a Star.

Brown is a regular on the Grand Ole Opry and, after four months away, returned to performing there Jan. 30-31.

"I remember introducing Taylor Swift during her very first appearance on the Opry and thinking, 'What a talented and beautiful young woman,'" Brown says.

"I love the old music but also love the new music, too," Brown says, mentioning artists such as Brad Paisley, Blake Shelton and Craig Morgan.

He has one criticism of some modern country artists.

"Sometimes they put too much into a song," he says. "In a country song, it doesn't take a lot to say what you want to say.

"But the great songs will rise to the top and be known while all the others will fall by the wayside."