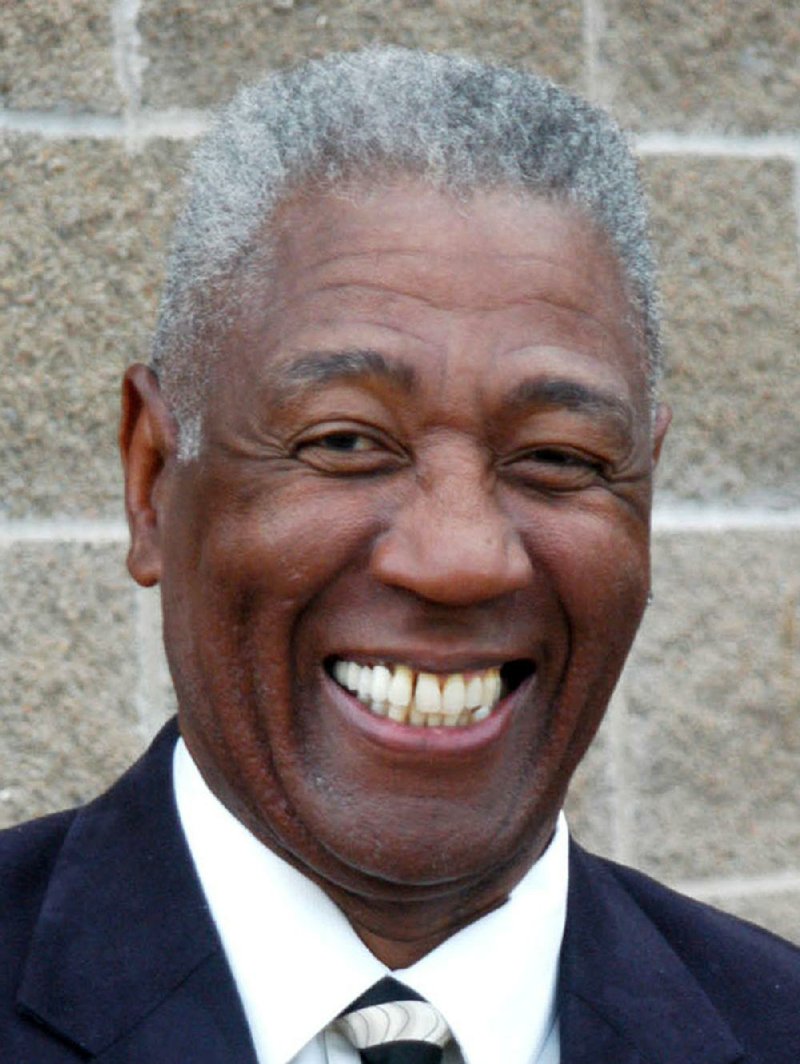 WASHINGTON -- Philander Smith College math professor Frank James has worked for years to funnel promising students into science and engineering programs, and on Tuesday the White House recognized his efforts.

James was honored as a "Champion of Change" at a half-day event celebrating educators from historically black colleges and universities.

James spoke on a panel with other educators about ways to encourage black students to enter math and science fields. U.S. Transportation Secretary Anthony Foxx and Valerie Jarrett, a senior adviser to President Barack Obama, also spoke at the event.

Afterward, James said the accolade should be seen as a recognition of the Little Rock college's efforts. He said he hopes students looking for a college to attend will see video of the event and be interested in Philander Smith, a Methodist university with an enrollment of about 550 students.

"It was exposure more for my institution more than for me, and for that I was most proud," he said.

James has brought in more than $5 million in National Science Foundation grants aimed at increasing the number of minority-group students in science, technology, engineering and mathematics programs. He also created a pipeline program from the traditionally black college to engineering and health care programs at the University of Arkansas.

James said the pipeline programs mean students looking at colleges don't have to choose between a school that reflects their cultural heritage and one that offers degrees they want.

"What we offer is the best of both worlds. When you come to that fork in the road, you can take either fork you want and still end up with an engineering degree, and if you take the fork that leads to Philander, you also have the cultural benefit," he said.

CeDale Smith, 22, is one of the five students currently working on a dual engineering degree in Fayetteville. "Dr. James" has never stopped checking up on him since the two met at a freshman orientation program in 2011, Smith said.

"He speaks with a lot of deep passion, and that's one of the things that attached me to him," Smith said. "Every time that I talked to him, he would always challenge my mind."

"He feeds you for a while, but after a while he knows that once you fly off, you'll be OK," Smith said. "He has trust in what I can actually accomplish up here, and that's kind of what helps me move forward."

Bryan Hill, assistant dean for student recruitment at UA's College of Engineering, said that along with university efforts, the dual degree program with Philander Smith and other historically black colleges in Arkansas has increased minority-group enrollment in the engineering program by 40 percent since 2008.

"Without Frank James, this program would have never gotten off the ground," Hill said. "He was a champion for all of these students. If he called and said "this is a good student," we knew we could take that student into one of our scholarship programs and they would do well."

James was Philander Smith's vice president for academic affairs from 2006 to 2013 and has taught at six institutions, including three University of Arkansas campuses. In 2011, he was recognized by the Arkansas Civil Rights Heritage Trail for co-founding Arkansas' Student Nonviolent Coordinating Committee. He was arrested along with other demonstrators in 1960 for asking for service at the segregated lunch counter of a Little Rock F.W. Woolworth.

Students he's mentored called James humble, passionate and hands-on. Junior math major Briana Parker, 20, said he has helped students get textbooks they couldn't afford and even scheduled a 7 a.m. math class for a handful of students who couldn't attend the originally planned course.

"He's there when we need him," Parker said. "He always goes through hoops to help everyone."

James told the White House panel that he didn't have academic mentors as a child the way other participants did, but "I got the idea from one of my first-grade teachers that I had potential, and that kind of drove me."

James said he spends a lot of time with students at Philander Smith so they have someone to whom they can turn.

"They are only limited by their imagination and their ability to work hard," he said. "If they have problems that they are encountering, whether it's academic or otherwise, I'm at their beck and call."