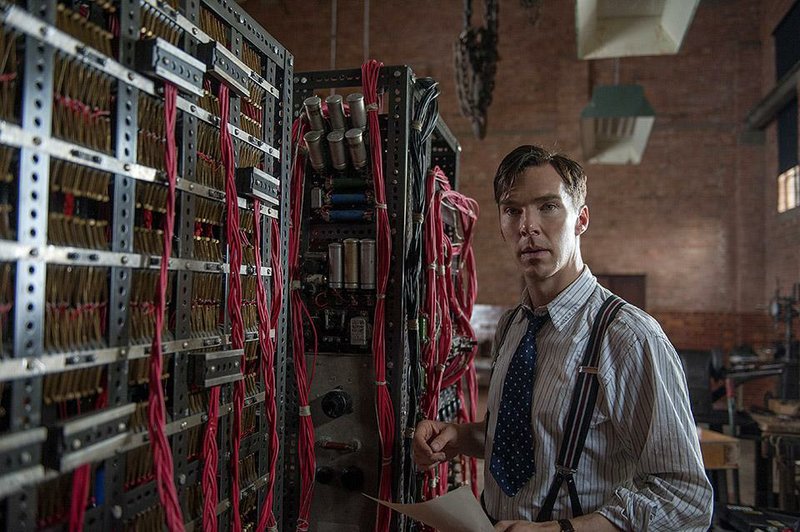 If you enjoy the company of the unsocial super-sleuth that Benedict Cumberbatch portrays in BBC America's Sherlock, you'll feel right at home with The Imitation Game's Alan Turing. That's because Sherlock and Turing, also played by Cumberbatch, are practically the same -- brilliant, abrupt, hyperfocused, insensitive to others, and likely high-ranking members of the autism spectrum.

He may have a dorkier haircut and tweedier clothes than stylish Sherlock, but Turing has a similar enviable air of confident arrogance in this riveting based-on-reality drama about a game-changing math whiz who bullies his way into Bletchley Park, headquarters of Britain's World War II codebreaking efforts. After outwitting his superiors and condescending mightily to other Brits with brains, the disagreeable but undeniably talented Turing proceeds to construct the forerunner of modern computers in order to hack his way into Germany's formidable Enigma cypher machine, paving the way to an Allied victory.

Despite his amazing achievement, Turing's life takes a nasty turn when, in 1953, he's arrested on charges of indecency, which leads to a disastrous conviction on charges of homosexuality.

See, nobody knew who he was. And once they got a load of his eccentric behavior, nobody cared. Eventually, neither did he.

Making it work is Cumberbatch's job. And he's superb at it, being well schooled in the art of making a difficult, curmudgeonly character likable -- at least to the audience. Turing is highly disliked and envied by his code-breaking team, which includes elegant Hugh Alexander (well-cast Matthew Goode), and is supervised by imperious military authority Commander Denniston (Charles Dance), whose disdainful lack of collegiality concerning Turing's work knows no bounds.

The closest Turing comes to finding a friend is in Joan Clarke (Keira Knightley, convincing but too glamorous for the role), another numbers-oriented high achiever who has to pass herself off as clerical help to escape her protective parents and get a position on the prestigious but secret all-male team.

In the same way that the animated adventure Big Hero 6 is not a nerdy film about robots, The Imitation Game is not a film about guys using slide rules. It's an exciting, fast-paced, beautifully photographed and often enthralling race against time, as well as a riveting social commentary on sexism and sexuality. History isn't boring, kids. Watch and see.