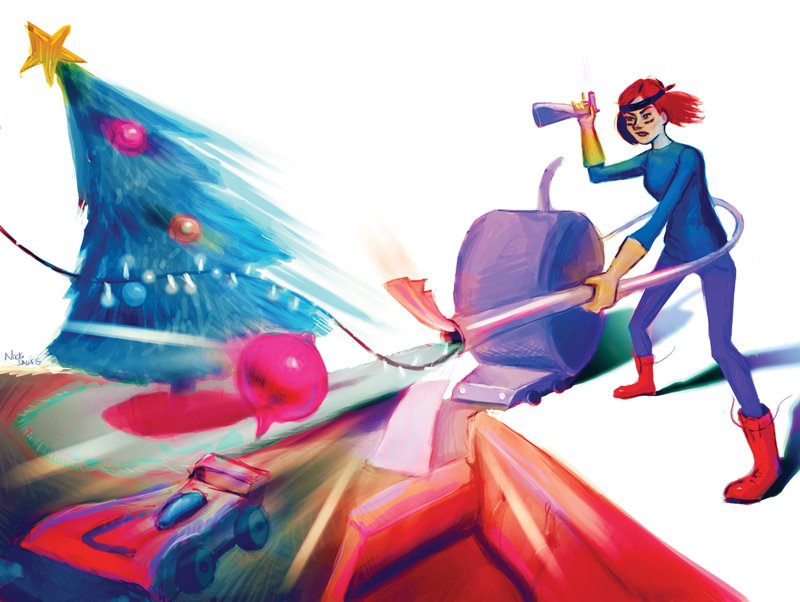 Christmas is over. Perhaps you're still looking at a jumbled pile of pulled-down Christmas decorations or surveying a living room or guest bedrooms that still bear the untidy -- and unclean -- signs of the friends and family who came to visit for the holidays. And you have another dilemma: Although you'd rather not re-deck the halls in the browns, yellows, oranges and other fall colors displayed before you put up the holiday decorations, it's far too early to put up anything springlike. 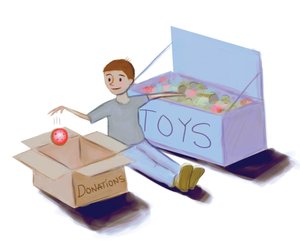 Photo by Nikki Dawes
If your children got new toys for Christmas, don’t just let them add to the old ones; that creates clutter. The one-in, one-out rule should be applied, organizing experts say. Go through the toys with your child and encourage giving unwanted ones to a charitable organization. 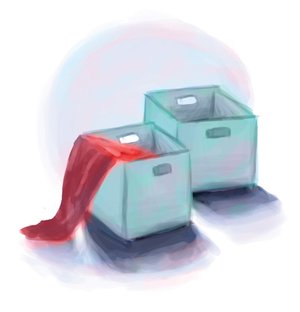 Photo by Nikki Dawes
Storage bins are a helpful organization tool, but should be bought and used wisely, professional organizers say. 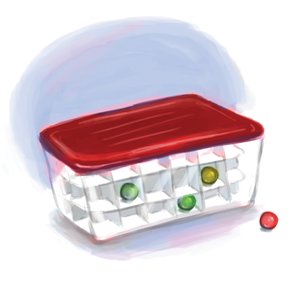 Photo by Nikki Dawes
When putting away Christmas items, it’s best get storage containers, preferably boxes with dividers in them, for precious, breakable and/or antique ornaments. 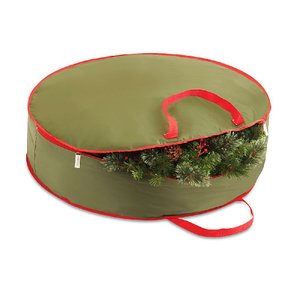 Instead of throwing wreaths in with the garland and the artificial trees, they can be kept in this collapsible, Real Simple 36-Inch Holiday Wreath Storage Bag ($14.99 at Bed Bath & Beyond). 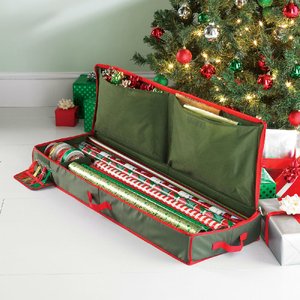 January is National Get Organized Month, and professional organizers recommend storage bins to help — but only if you’ve got definite plans for those bins, they say. Christmas decoration-specifi c organizers include the Real Simple Holiday Gift Wrap Under Bed Wrapping Paper Storage ($19.99, Bed Bath & Beyond), featuring zip security that keeps out dust and insects, a ribbon dispenser that holds up to four spools of ribbon, and inner pockets for gift bags and bows.

You've already made the resolution. Getting one's home organized is, in fact, named among the most common list of New Year's resolutions. And January is, after all, National Get Organized Month.

But just like the promises to stop smoking, lose weight and manage one's money better, the resolution to cut the clutter is subject to fall by the wayside.

Perhaps the biggest mistake you can make is hit that mental snooze button ... close the door on the mess, retreat into the bedroom and hide under the covers. But even if you do take steps toward reorganizing your home post-holiday, those steps may not go up far enough, say some experts in organizing.

Failure to be proactive about holiday clutter is the most common mistake among homeowners, according Jenna Ruhe. Along with mom Laurie Malloy, Ruhe operates Northwest Arkansas-based Simple Spaces.

"All of those gifts wrapped under the tree are now items to be incorporated into the house," says Ruhe, who is also a Realtor. "If you just try to add them to what you already have, your closets, toy bins and cabinets will become crowded and overflowing. We cannot constantly be bringing new things into our homes without taking anything out."

"Unless you take a moment to consider the functions of the room and analyze where the clutter is coming from, your cleanup effort is going to be short-lived," Marrero says. "'Crash organizing' doesn't work any better than crash dieting. If you don't address the habits that created the clutter in the first place, you'll be right back where you started."

Then there's the mistake of, well, disorganized organization.

With the best of intentions, people will go out and "buy a whole bunch of containers," says Mary Johanson, professional organizer and owner of Mary Organizes in Rogers. "They don't necessarily know what will go in the containers ... Often those containers end up becoming part of the clutter, ending up piled up somewhere."

Or they believe they've accomplished something simply by filling the containers, says.

"People will take their piles of clutter and just put them in a bin, and put a lid on the bin, and then put it somewhere," she says. "They're just procrastinating ... [on] what to really do with the stuff." People should buy a container only if they already know exactly what they will put in it.

Another more subtle, but nonetheless common mistake concerning Christmas decorations in particular is the failure

"A lot of people, when they're decorating for Christmas, they have a lot of things they don't use," says Becca Clark, owner and professional organizer for Your Best Move and Creative Convenience in Hot Springs. While putting away a questionable item, they'll make a mental note to think about it later. But later never comes, and when next Christmas comes around, they find themselves going through the same ritual.

Other subtle holiday clutter traps that should be dealt with: paper clutter -- "piles of receipts and Christmas cards, and all those bills and things that they were too busy to deal with during December," Johanson says. "Paper management is a huge issue after the holidays." Getting a good system to deal with that is paramount, she says.

One of the major post-holiday decluttering needs for families with young children is editing toys.

"Typically, [children] got a lot of toys -- and grandparents in particular like to give big toys," Clark says. "So oftentimes, they're just drowning in the stuff." And, warns Michael Silva-Nash, executive vice president of Molly Maid of Greater Little Rock, "your kids are going to have a tough time enjoying their old toys and their new toys."

It's in cases such as this that the one-in, one-out rule should be applied, these experts say.

Silva-Nash says parents should encourage their children to go through their toys and consider which ones they might give away to a charitable organization "so they can feel good about helping others."

Goodwill is among the many charitable organizations that gladly takes toys, Christmas decorations, and other items that may once have been your clutter. These include dishes, linens, wall art and knickknacks, which are then sold in Goodwill's fundraising thrift stores. In 2013, Goodwill served 12,350 Arkansans and placed almost 3,000 people into jobs, according to Rebecca Brockman, public relations and community engagement manager for Goodwill Industries of Arkansas.

For a lot of people, getting organized is easy, but staying organized is harder. It takes discipline, Clark says; you have to keep it up every day. "It does become a habit that's easy to maintain. You want to set some standards too" -- anything that's broken, stained, redundant or just not meaningful, get rid of it, she advises.

Clark quotes Peter Walsh, friend of Oprah and famous organizer: "Our homes should be the antidote to stress, not the cause of it."

"Getting and being organized is an ongoing process," she says. "You have to evaluate your system. You may have to tweak it, even."