Petteway to pick at The Joint 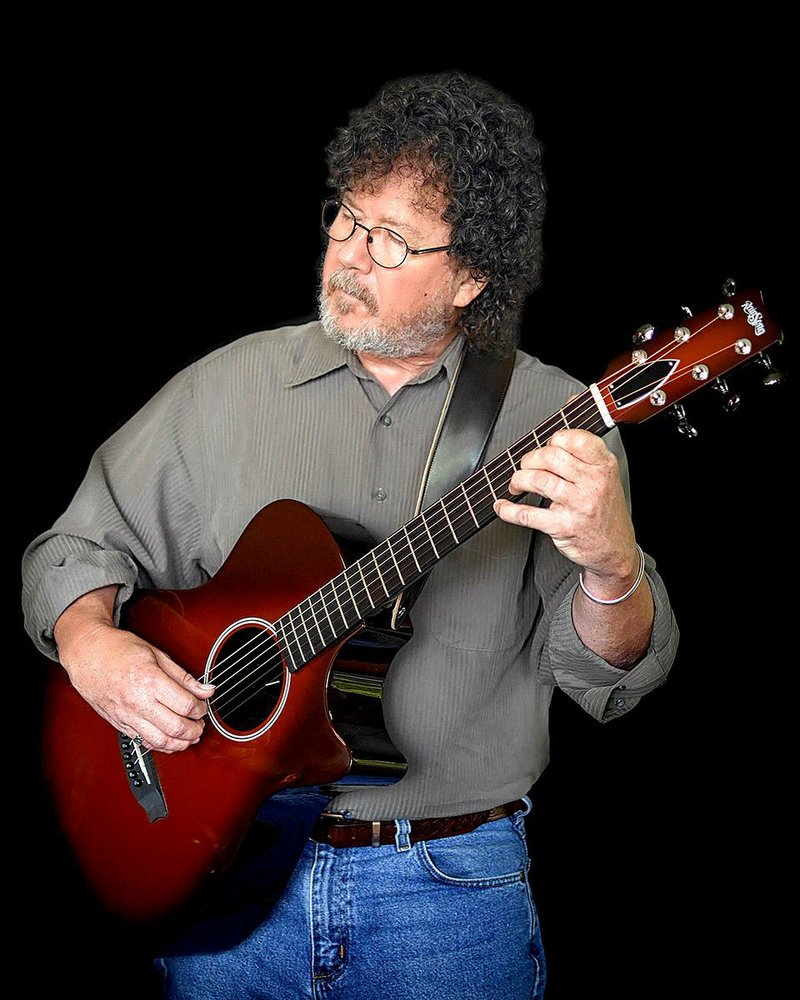 Al Petteway will bring his fingerstyle acoustic guitar-playing skills to The Joint for a show at 7:30 p.m. today that will inaugurate a new monthly series of instrumental guitar music.

Petteway's love of music began at age 11, while he was growing up in the Washington area. The British Invasion invaded his reality and he alternated among guitar, drums and bass for a time. He and mandolinist Akira Otsuka, calling themselves Grazz Matazz, were a regular attraction at the famed Birchmere club in Alexandria, Va. The duo released an album that featured guest appearances by Bela Fleck, Jethro Burns and Mike Auldridge, all stalwarts of the folk and bluegrass music.

He then went on to form the Al Petteway Quartet, which included himself, Otsuka and John Jennings, guitarist for Mary Chapin Carpenter. Petteway has recorded 17 CDs between 1992 and 2012, two of which were collaborations with his wife, Amy White. He has also made 12 instructional DVDs.

In 2005, he won a Grammy Award for playing on the "Best Pop Instrumental Album" -- a compilation of Henry Mancini works on which Petteway played the theme song for the miniseries The Thorn Birds.

Tickets are $20 per show or $180 for the series of 11 shows in the Acoustic Music Series, to be held monthly on the third Thursday night during 2015, except in this month and December. Visit argentaacousticmusic.com.

Swoope and Christon Gray will perform Saturday at the Rev Room, with B. Reith opening the 9 p.m. show.

Swoope and Gray are a hip-hop duo from Akron, Ohio.

Sunday, the DrummerboyInfinity 2015 All-Star Showcase will begin at 8 p.m. with a variety of themes.

"Drummers in the House" will feature Steve Bailey with Synergy and JJ Burks. A Gerald Johnson Tribute will feature Tonya Leeks & Company and Carl Mouton and the Big Timerz. The "Bass Players Ball" will feature Joel Crutcher and Lucious Spiller and the "Guitar Rippers Series" will include Tyndall Jackson, Drew DeFrance and Steve Struthers.

Epiphany featuring Tomorrow Maybe will perform, and a finale will feature Terreigh Barnett with backing vocalists and a full band performing D'Angelo's "Devil's Pie," a song from his 2000 album, Voodoo.

Social Set, a New Orleans band, will perform at 9 p.m. Friday and Saturday at The Afterthought.

Social Set, touring for its first time, is a rhythm and blues quintet that features horn players and layered vocal harmonies.

I Was Afraid will host an album release show at Vino's Friday and the 9 p.m. show will open with sets by Vacant Sea and Headcold.

I Was Afraid, based in Little Rock, will release the album Endless Ecstasy.

Undercover Devil will headline Saturday, and Attack the Mind and Vent Blunt Force Trauma will open the 9 p.m. show.

The Uh Huhs, a new Little Rock band, will perform at the White Water Tavern at 9:30 p.m. today.

The Sea Nanners, Canehill Engagement and DJ Baldego will perform a benefit show at 9:30 p.m. Friday for Lucie's Place, a transitional living program for homeless gay, bisexual and transsexual young adults ages 18 to 25.

Saturday, there will be another benefit: this one for community radio station KABF-FM, 88.3, featuring local musicians and bands performing the music of Tom Petty and his band, the Heartbreakers, plus side projects that Petty has been involved in during his career.

Taarka, described by a San Francisco weekly as a "collision of Django Reinhardt and David Grisman," is a new acoustic Colorado-based group led by husband and wife team David Pelta-Tiller (mandolin, tenor guitar, vocals) and Enion Pelta-Tiller (five-string violin, vocals). The group also includes Ross Martin on guitar and Sam Grisman on bass. The band has moved past its original Gypsy and eastern European folk sound.

Stephen Neeper & The Wild Hearts will perform Friday, with the Kris Lager Band opening the show at 9 p.m.

The Foul Play Cabaret will perform at 9:30 p.m. Saturday. Tickets are $10 general admission, $15 for reserved seating.

Lance Carpenter, a rising country star who grew up on a farm in Ozark, will headline a show Saturday at Juanita's, with David Byrnes opening at 9 p.m.

Carpenter taught himself how to play guitar while a student at Arkansas Tech University at Russellville, where he also was a member of the 1999 championship Wonder Boys football team. He moved to Nashville, Tenn., in 2011 and released a self-titled debut album in 2013. He has performed with Toby Keith, Luke Bryan, Justin Moore and the Randy Rogers Band.

Maxine's in Hot Springs will present Swampbird, with Motherfolk opening the show at 9 p.m. Friday.

The Copper Penny Pub in Hot Springs will present John Jordan from 9 p.m. to midnight Friday and Bluesboy Jag & The Jukejoint Zombies from 9 to midnight Saturday.

Print Headline: Petteway to pick at The Joint