3 theaters in 3 towns, 3 wishes to save them 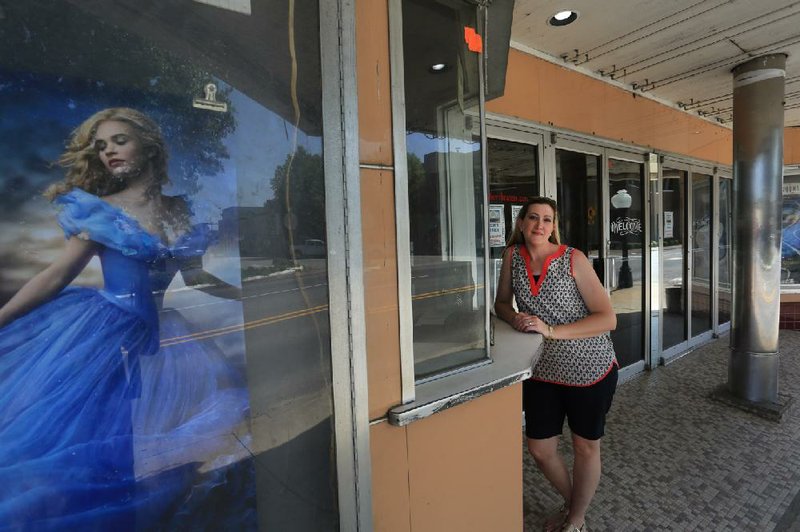 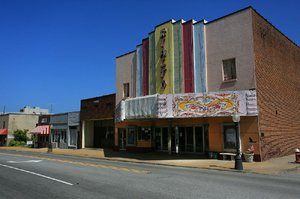 Photo by Rick McFarland
The Rialto Theater, shown last month, is still in operation on the courthouse square in Searcy. The theater is listed on the National Register of Historic Places. 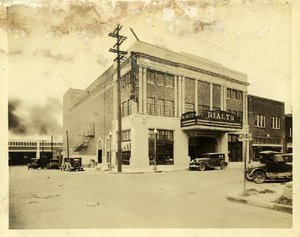 Photo by Special to the Arkansas Democrat-Gazette
The El Dorado Rialto Theater is shown in this picture from the early 1930s.

Time has had its way with these buildings, the facades of which have undergone numerous transformations to suit the changing tastes of the public.

The buildings remained in style for decades, even sporting the trendy for-sale signs that were prevalent across Searcy, Morrilton and El Dorado in the 1980s. Some sat vacant for many years.

Now residents in the three cities are raising money to preserve a piece of their culture, provide jobs for locals and spur downtown economic growth.

Catherine Olteanu, development and marketing director with the Theatre Historical Society of America, said restoring and obtaining historic-landmark status for theaters has become popular nationwide because, although it can be an expensive process, it provides opportunities for cultural tourism and tax credits.

The Arkansas Historic Rehabilitation State Income Tax Credit Program allows any individual or firm that pays personal or corporate income tax in the state to be eligible to claim 25 percent of the preapproved rehabilitation expenses on a historic building. A project may also be eligible for a 20 percent tax credit through the Federal Historic Preservation Tax Incentives Program.

In Searcy, the Rialto's spot across from the courthouse makes it the first building most people see when they drive downtown. The Revive the Rialto committee is asking for donations to complete exterior work on the front of the building, and repair the neon lights and V-shaped marquee by the end of this year.

"The Rialto is an architectural treasure and an important part of White County's heritage," Amy Burton, Main Street Searcy executive director and committee member, said in a news release.

"There are so many fond memories associated with the theater for so many generations. It's a rare accomplishment for a community to still have an historic theater in its downtown district."

Over the years, Victor Weber, co-owner of the Rialto Theater, has fought challenges posed by television, videocassettes and multiplexes. He has stared financial disaster in the face multiple times.

Leasing the Rialto Theater from the city of Searcy in 1994, after the building sat vacant for years, is one of those times.

When Weber's lease expired, the city let him continue operating the one-screen, family-friendly movie theater under a verbal agreement, he said.

Since the Rialto Theater was constructed in 1923, at least three people have "tried to make a go at it," Weber said.

Weber got into the business at age 12 in Missouri, sweeping and hanging posters for his hometown movie theater. He's spent most of his adulthood on the road, buying and selling movie theaters in Arkansas.

The Rialto in Searcy, listed on the National Register of Historic Places, is what remains of those endeavors.

Before he dies, Weber said, he'd like to see the marquee finished. Funds from the Revive the Rialto campaign will go toward that.

The building's neon marquee and art deco-style facade were updated in the 1940s.

The Rialto theaters are places where people meet to exchange ideas.

It's about more than the movies, Morrilton resident Lindell Roberts said of his work to restore his city's 400-seat Rialto. It's about the memories of the theater's patrons.

Roberts and his then-girlfriend once frequented two seats in a corner of the Rialto Theater there, he said.

They sat in those seats most Friday and Saturday nights in the late 1950s and, in the glimmer of the movie screen, got to know each other a little better, Roberts said.

Roberts, 76, may not remember all of the movies he saw, but the location of those two seats -- the originals of which have since been removed and stored in an old cotton mill -- are still fresh in his mind.

Old-timers visit the building and remember where they sat, Roberts said. Sometimes they think the theater is bigger because they were children the last time they were inside it.

That was when several factories dotted the landscape of Morrilton, an "average small town," Roberts said.

It seemed like the town would always be in the black, and the bulbs of the Rialto Theater's marquee lights would never go out.

Then, in the 1980s, many of the factories in Morrilton closed. In 1987, the final curtain fell across the Rialto's movie screen.

"Everyone thought the town would dry up and blow away," said Roberts of the factories closing. "It didn't, thank goodness."

As new businesses slowly opened in Morrilton, some residents remembered the past to help build the city's future.

In 1995, a church across the alley from the decaying Rialto wanted the theater demolished to make room for a parking lot. Morrilton's then-mayor was in favor of razing it. But some of the city's current and former residents were not and worked to save it.

It took time, energy and money, Roberts said between cigarette puffs, but residents involved in the effort managed in about five years to complete the Rialto's fifth known renovation instead of that sought-out demolition.

The building was not restored as a one-screen movie theater because a multiplex had opened in town. Instead, the Rialto opened in 2000 as a community arts center.

Funds were also used to convert the former Massey Hardware store next door into an art gallery that opened a few years later and enabled the theater to extend its backstage area.

Now, about 15 years later, children scurry down the aisle of the Rialto Community Arts Center toward the stage for a performance marking the end of the center's summer theater camp, Kids Kamp.

The fate of the more-than-100-year-old Rialto depends on children's fond memories of the place, Roberts said. Maybe when they're adults, they can donate their time and money to the center to keep it alive.

El Dorado's Rialto takes a page from its counterparts.

Built on the site of an earlier Rialto Theater, it opened in its present structural state in 1929 as a live stage and film venue.

Change swept through the town in the 1980s, as it did in many other smaller cities. The city lost manufacturing jobs. And the Rialto closed in 1980, but it reopened seven years later as a triplex.

The theater closed again in the early 2000s, although the lobby remained open as a pub and live venue, said Austin Barrow, president and chief operating officer of El Dorado Festival and Events.

As a child, Barrow said, he went to the Rialto to see the movie Big with his dad, and later took a few dates to watch Titanic.

Now, the Rialto has become a part of El Dorado political and financial leaders' grand vision for revitalizing the oil-boom town -- with help from Murphy Oil Corp.

The goal involves implementing a $75 million plan to repurpose a group of historic buildings on the south end of downtown El Dorado into an arts and entertainment district. This plan includes an $11 million remodel of the Rialto building, which is also listed on the National Register of Historic Places.

More funds will be used to connect a 10,000-square-foot gallery to the Rialto, and for the theater's lobby to be extended. Barrow said the 850-seat Rialto will open as a performance hall and movie theater either in the fall of 2016 or spring of 2017.

The individual restorations of the three Rialtos in Arkansas are preservation projects of what could be called historic proportions.

For Barrow, Weber and Roberts, the work is a way to preserve their memories and help others make their own.

"If you love what you are doing, and you had all the money you needed, you'd do it for nothing," Weber said. "That's the way with theaters."

Print Headline: 3 theaters in 3 towns, 3 wishes to save them