Police are considering the weekend disappearance of a 90-year-old Bay woman as an abduction after seeing video of a man leaving her car at a Jonesboro hospital, Bay Police Chief Paul Keith said Tuesday.

Authorities first thought that Counce, who has mild dementia, had gotten confused and lost, the chief said.

But on Saturday, Craighead County deputies found her 2003 Buick Century parked on the lot of NEA Baptist Memorial Hospital in Jonesboro. A check of the hospital's surveillance video showed a man parking Counce's car at 12:56 p.m. Friday and walking toward U.S. 49, which runs by the hospital.

Keith said cameras caught the man walking north on the highway toward Brookland five minutes after he parked the car. Counce was not seen in the vehicle.

"We are looking for that man. He is a person of interest," Keith said.

"We have evidence that leads us to believe [Counce] was taken from her residence against her will," Boyd said.

Before her disappearance Friday, Counce told family members that she wanted to visit a friend who was undergoing a medical procedure at St. Bernards Medical Center in Jonesboro.

"She was worried about her friend," Keith said. "She wanted to go see her."

Family members said Counce would not have driven the 15 miles alone from her Bay home to the hospital, Keith said.

"She said she was going to go, but she never showed up there," the chief said.

The case has stunned the small southern Craighead County town of 1,800 that last experienced media attention in April, when a man shot and killed the city's police dog while it attacked his child's pet rabbit.

On Saturday and Sunday, more than 100 people gathered near City Hall to search for Counce. Several used horses while others rode four-wheelers through fields. Some paddled kayaks and canoes through the Gum Slough Ditch, a waterway that runs through the town, in search of Counce.

The state police flew a helicopter over rural areas and fields around Bay on Monday.

Zach Morrison, a University of Arkansas at Little Rock law student who is from Bay, helped with the search.

"It's been a communitywide effort," he said. "This community has been rocked and shocked.

"It's a sad situation. It's a scary situation when someone disappears in broad daylight."

Keith said police are developing a timeline of Counce's whereabouts and know she was in Bay shortly before noon Friday. An hour later, she was missing.

Teams have expanded their search for Counce, combing U.S. 63 from Bay to Jonesboro, Arkansas 18, and Jonesboro streets that lead to the hospital.

Searchers also hunted along a rural road near Bay after a resident's home security camera captured a car that looked like Counce's Buick drive down the road. Keith said deputies later determined that it was not Counce's car on the video.

"This is the first time something like this has happened here," Keith said. "It's a hard pill to swallow." 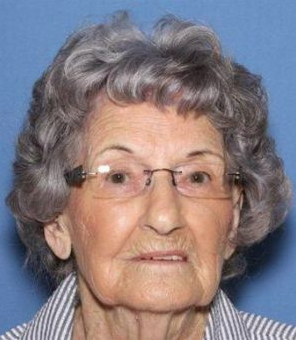