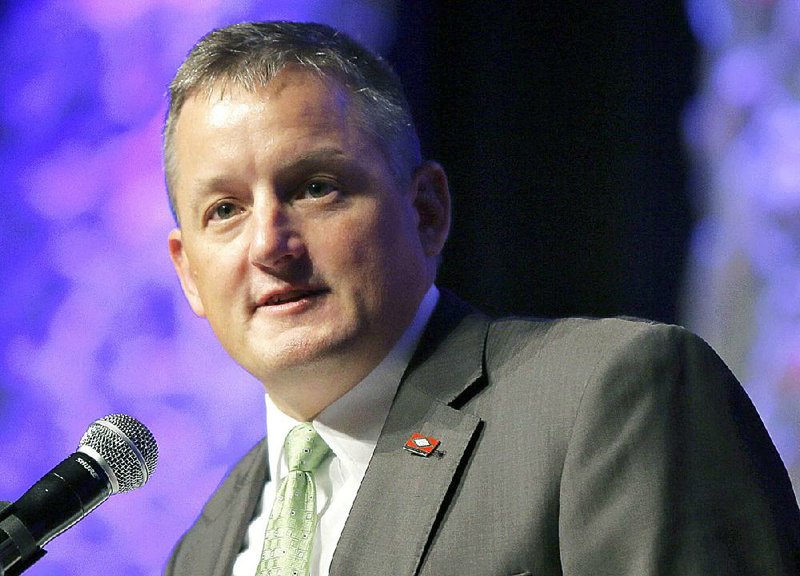 The House is scheduled to vote on Westerman's bill, The Resilient Federal Forests Act of 2015, today.

Westerman, who has a master's degree in forestry from Yale University and worked as an engineer and forester for 22 years, said he isn't concerned about the White House's objections. He said he is confident some Democrats will join Republicans in supporting the bill.

"At least it wasn't a veto threat," he said.

The administration's objections largely center on how to address the cost of fighting wildfires.

In a news release last month, the National Forest Service said there is a 90 percent chance that fire-suppression expenses this year will be between $810 million and $1.62 billion.

The cost has increased from 16 percent of the agency's total budget in 1995 to 52 percent in 2015, the release states. To pay for putting out fires, the agency has had to redirect funds from programs that keep fires from happening.

Last month, the chairmen of several House committees agreed to bring Westerman's bill to the House floor if it was modified to change federal law so that major wildfires on federal lands are eligible for federal disaster funding. The administration's statement said that change requires the federal government to set aside money for wildfire suppression equal to the average amount spent in a year for the past 10 years.

The Obama administration said it prefers the method included in the president's 2016 budget, which would allow the Forest Service to use federal disaster funds once it spends, out of its own budget, 70 percent of the average cost of fire suppression over 10 years.

Westerman's bill would also streamline environmental analyses, discourage litigation and limit the use of preliminary injunctions, easing the way for the U.S. Forest Service to manage forests. The agency would also be able to selectively burn or cut down some areas to generate new growth. In addition, the bill allows counties that have large tracts of federal forestland to use some of the funds they receive in lieu of property taxes on law enforcement training, equipment and patrols.

Westerman has said the legislation would allow the Forest Service to move more quickly and effectively manage its more than 140 national forests and grasslands. Arkansas is home to the Ouachita, Ozark and St. Francis national forests.

Westerman said he doesn't see why the administration opposes his bill.

"Is he opposed to decreasing wildfires on our federal land, to saving money that goes to fight fires so we'll have more to manage the land that we've got? Or is he opposed to helping rural communities out? If you look at everything this bill does, I can't understand why they would be opposed to it," he said.

The bill would require people suing the government to post a bond for the service's anticipated court costs and fees. If the government lost, the bond would be returned, but if the suing party didn't win every part of the case, the government would keep as much of the bond as necessary to pay its legal costs.

"As the Forest Service has demonstrated, the best way to address concerns about litigation is to develop restoration projects in partnership with broad stakeholder interests through a transparent process informed by the best available science," the White House statement says.

Westerman has said the bond proposal requires those seeking to stop management plans to have "skin in the game."

"We'll see healthier, more productive forests from this legislation, and if they want to argue about the facts they can continue to argue, but I think we're on the side of truth here," Westerman said. "We've got a good bill and the president should get on board."