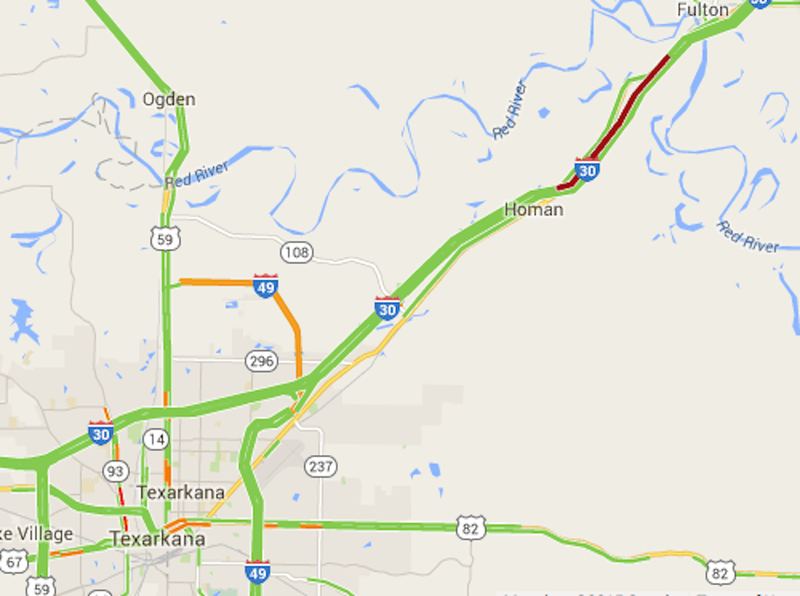 Arkansas State Police said the tractor-trailer caught fire near mile marker 12 in Miller County, west of the Red River and Fulton, about 7 a.m. All westbound lanes remained blocked until shortly before 10 a.m.

Traffic was being diverted onto U.S. 67 at mile marker 18, east of the Red River, to get around the area.

Dispatchers said there were no preliminary reports of injuries. Scanner traffic described the truck as fully engulfed.