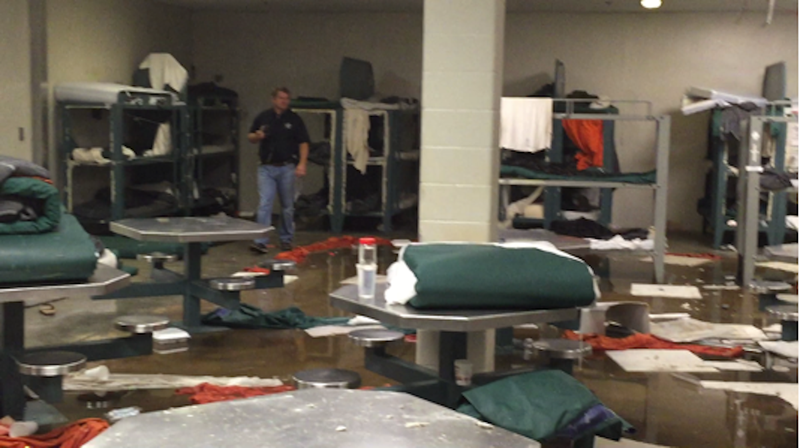 The Jefferson County sheriff's office is investigating after a riot involving 80 inmates caused thousands of dollars in damage.

Surveillance camera footage showed at least one inmate, who blocked his identity with a shirt or blanket, cover one of two cameras in an open jail pod with what appeared to be water-soaked toilet paper, Woods said.

“It is unknown how long the disturbance and damage to property lasted,” Woods said.