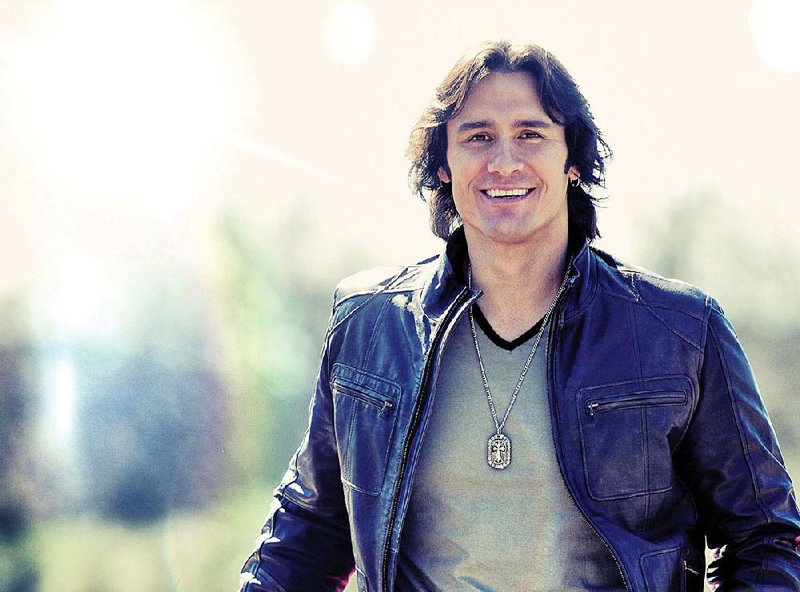 Rogers native Joe Nichols doesn't have too many opportunities these days to perform in his home state, but this weekend is an exception, thanks to a headlining gig Saturday at Magic Springs' Timberwood Amphitheater in Hot Springs.

"It's been a while since I played in central Arkansas," he says. "I did something for a radio station about two years ago, but I don't know when I was last in Hot Springs. Those outdoor shows are a lot of fun. I'm hoping to play at that new place in my hometown, the Arkansas Music Pavilion, it's called."

Admission: $59.99 day of concert; children 3 and younger admitted free and children shorter than 48 inches admitted for $36.99, as are adults age 55 and older. (Season passes are $69.99.) Lawn seating included in price of admission, with limited reserved seating available for additional $10 or $8. Parking at extra cost.

Nichols, 38, doesn't live in Rogers anymore, but home isn't where one might expect, either. Tyler, Texas, not Nashville, Tenn., is home for Nichols -- due to family . "My wife is from this area, and since I'm on the road a lot of the time, I wanted our kids to have a good area to grow up in, with lots of relatives in the mix."

Though he is gone from Northwest Arkansas, Nichols still honors his connections to the area.

"I have a lot of kinfolk still there, from my mother and sister and a lot of cousins and aunts," he says. "Plus I have an aunt and uncle in Hot Springs. My Uncle Wylie was one of my biggest influences. He turned me on to Merle [Haggard], George Strait, Randy Travis and Hank Jr., plus Keith Whitley."

Nichols got his start working as a DJ. "I was the weekend guy for Beaver 105, a country station in Springdale. That was a real education for someone interested in country music as a career, for sure. That was a lot more fun than one of my short- lived jobs when I got to Nashville to break into the singing part of my career. I even tried selling steaks door-to-door and I lasted one day at that.

"The Lord called me right out of doing that!"