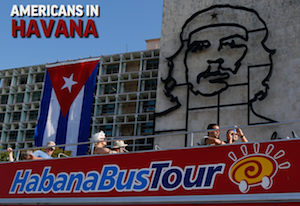 The Republican-controlled chamber voted 247-176 against removing a Cuba-related provision from a transportation funding bill. The provision would block new rules issued in January that would significantly ease travel restrictions to Cuba and allow regularly scheduled flights between it and the U.S. for the first time.

Rep. Rick Crawford of Arkansas voted to remove the provision. His fellow republicans from the state -- French Hill, Bruce Westerman and Steve Womack -- voted against removing it.

The administration rules lifted a requirement that U.S. travelers obtain a license from the Treasury Department before traveling to Cuba. Instead, all that is required is for travelers to assert that their trip would serve educational, religious or other permitted purposes.

The White House has threatened to veto the transportation bill, in part because of the Cuba-related provision.

The measure also is caught in a battle between Republicans controlling Congress and the White House over spending levels for domestic agencies. The White House has issued a blanket veto threat against every GOP spending bill, and Senate Democrats weighed in on Thursday with explicit promises that they will filibuster the measures and block them from even reaching Obama's desk.

The Republican-backed Cuba provision is the handiwork of Rep. Mario Diaz-Balart, a Cuban-American Republican from the Miami area.

Diaz-Balart said the Obama administration is wrong to lift the travel restrictions, noting that the flights would land at an airport that was partially owned by U.S. interests when it was seized by the Castro government.

"What you are saying is, 'It's OK to do business on property that was stolen from Americans,'" Diaz-Balart said.

But to most Democrats and a handful of House Republicans, the travel ban is an obsolete Cold War remnant.

"We need a 21st-century approach to this nation 90 miles away from our shores. This is 2015 ... not 1960," said Rep. Barbara Lee, D-Calif., whose attempt to strip Diaz-Balart's provision from the transportation appropriations measure failed. "The rest of the world is doing business with Cuba, allows its citizens to travel to Cuba and also has normal diplomatic relations with Cuba."

The GOP plan would thwart the new flights but leave in place new rules permitting the import of limited amounts of goods like cigars and rum.

Neither the travel restrictions nor a long-standing trade embargo has moved the Castro government toward democracy.

Agriculture organizations, the U.S. Chamber of Commerce and other business interests have expressed support for the administration's outreach to Cuba.

In the Senate, Democrats on Thursday threatened to block defense and other appropriations bills in hopes of forcing Republicans to the negotiating table for talks to replace automatic spending cuts, known as sequestration, that are to hit both the Pentagon and domestic agencies.

Democrats also are opposed to a $612 billion defense policy bill currently on the floor that does an end run around government spending caps that became law a few years ago. The bill calls for increasing defense spending by putting nearly $40 billion into a war-fighting account that is not subject to the spending caps.

Sen. Charles Schumer, D-N.Y., said Democrats would block "any appropriations bill until Republicans have sat down at the table and figured out with us how we're going to properly fund the Defense Department and key [domestic] priorities."