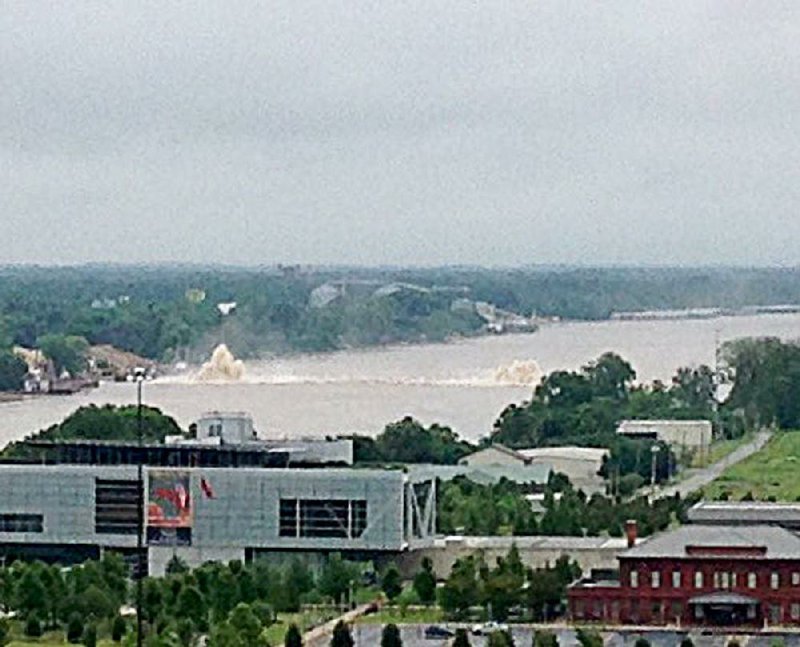 Water spouts more than 30 feet into the air Sunday morning on both sides of the flooded Arkansas River after a natural gas pipeline ruptured.

When Spectra Energy's pipeline burst in the Arkansas River on May 31, a 400-foot section of pipe broke off from the line and was pushed downstream, the company said.

Sonar scans conducted by Spectra Energy last week show a section of the pipeline on the north side of the river, about 100 feet from the line's original crossing, said spokesman Phil West.

The company said it does not know what caused the 63-year-old pipeline to fail.

Spectra Energy is also preparing to pull the backup line from the river. The company will cut part of the pipeline into "manageable pieces" as part of the process, West said.

Spectra Energy is waiting for the flooding river's currents to ease, but could start pulling the pipeline from the river as early as Tuesday, he said.