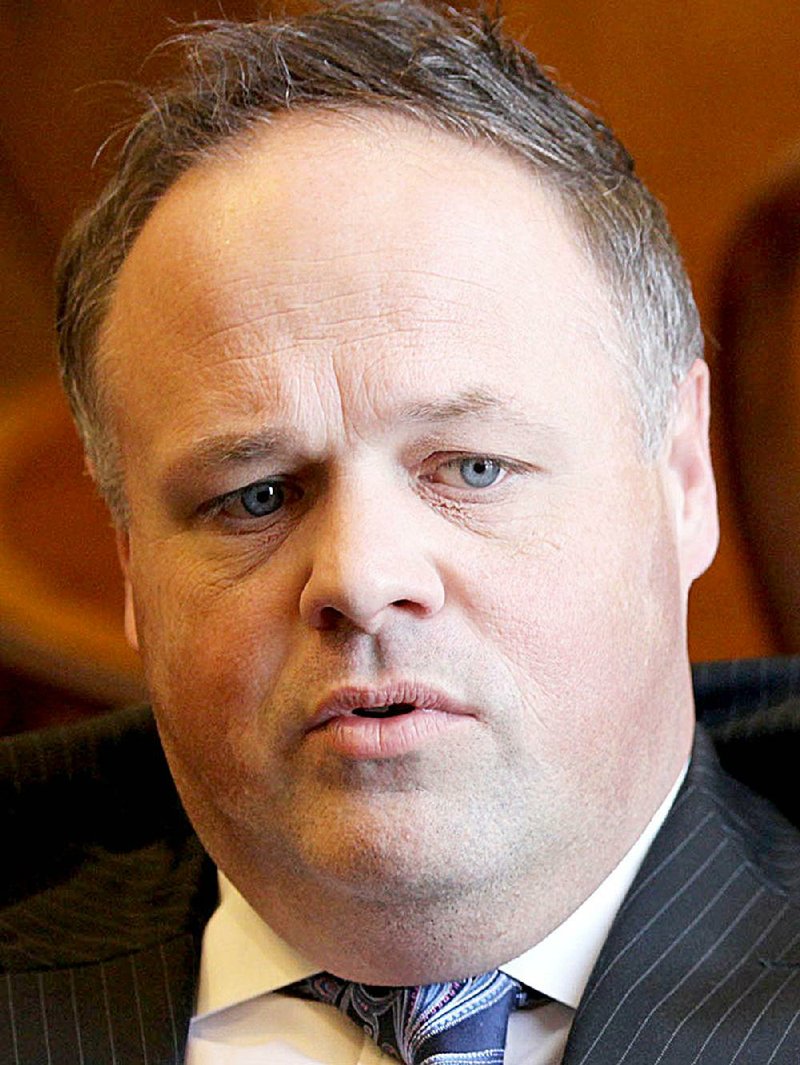 Mark Darr, a Springdale Republican, resigned from office on Feb. 1, 2014. Pressure mounted for him to step down after he agreed Dec. 30, 2013, to pay a $10,973 fine to the state Ethics Commission for 11 violations of state ethics laws and regulations, including the personal use of more than $31,000 in campaign funds.

The $10,973 that Darr owed the state resulted from misspending of taxpayer funds identified by the Legislative Audit Division.

The division's auditors said Darr received improper mileage reimbursements from January 2011 through September 2013 and used a state travel card to purchase $1,137 in personal items that lacked a business purpose.

They said he also used a state credit card for $205 in lodging in Little Rock in violation of state travel regulations, and found that supporting documents for expenditures of $2,755 were not maintained by his office. As a result, auditors were unable to substantiate the business purpose of these expenditures.

In mid-December 2013, Darr told reporters that he would reimburse the state as soon as possible for what auditors said he owed.

"I have been honest, forthright and acted with integrity. I made mistakes, but not one with malicious intent," he said at the time.

It took until September for him to pay the fine. He made $41,896 a year as lieutenant governor.

Mark Darr works for Crain Automotive. Kimberly Darr is employed by Shiloh Christian School. The couple have a monthly income of $5,846.17, according to court documents.

The Darrs have two children who live at home.

Mark Darr's phone number was not listed in court documents, and an online listing was disconnected. A representative of Rainwater, Holt & Sexton, which is representing the Darrs, declined to comment or provide contact information.

A Chapter 13 bankruptcy filing allows a debtor with regular income to develop a repayment plan with the help of a court-appointed trustee. During the repayment period, usually five years, creditors cannot start or continue collection efforts, according to the federal court website, www.uscourts.gov.