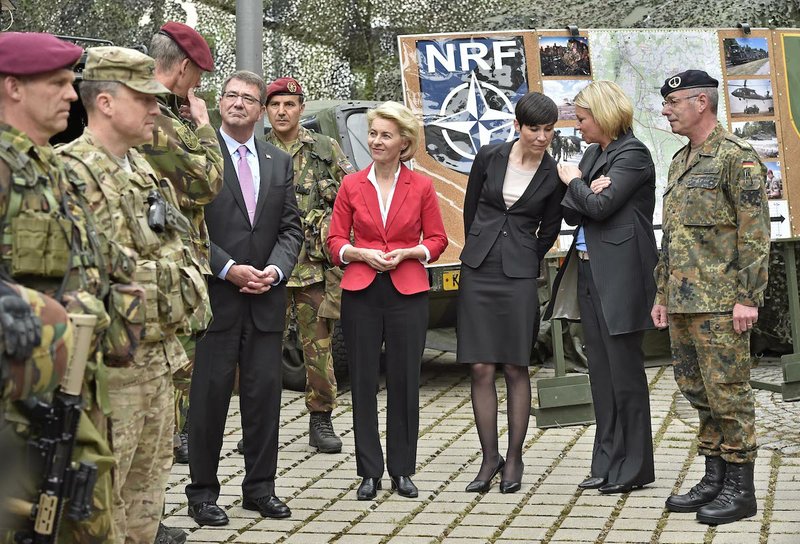 MUNSTER, Germany — The U.S. will contribute weapons, aircraft and forces, including commandos, for NATO's rapid reaction force, Defense Secretary Ash Carter said Monday, to help Europe defend against security threats, including Russia from the east and violent extremists from the south.

Under the plan, the U.S. will contribute intelligence and surveillance capabilities, special operations forces, logistics, transport aircraft, and a range of weapons support that could include bombers, fighters and ship-based missiles. It would not provide a large ground force.

Carter announced the new details about the U.S. contribution after meeting with defense ministers from Germany, Norway and the Netherlands. Those countries had agreed to provide the initial troops for the so-called very high readiness task force, which was announced last year at the NATO summit in Wales. The U.S. had pledged to support the task force, but NATO has been waiting to hear specifically what America was willing to provide.

U.S. officials said there have been no final decisions on the number of troops that could participate, or where they could come from. The officials said many of the forces could come from those already stationed in Europe. But the plan could result in a temporary increase in U.S. forces in Europe in the event of a crisis, said the officials, who spoke on condition of anonymity because they weren't authorized to discuss details of the agreement publicly.