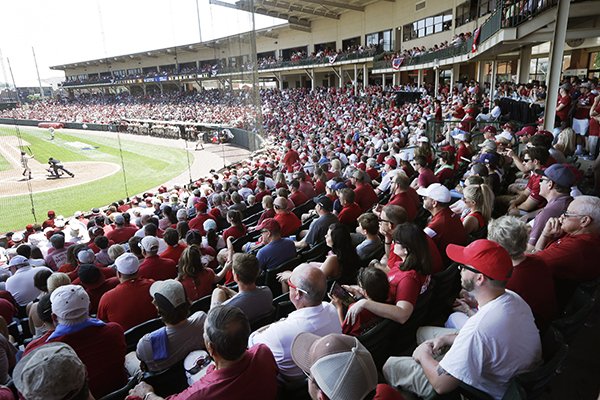 The Razorbacks sold an average of 8,291 tickets per game, according to a university press release. Arkansas finished second behind LSU in average tickets sold for the fifth consecutive season and eighth time since 2007.

The three largest attendances in Baum Stadium history were set during the Razorbacks' super regional against Missouri State. The stadium record of 12,167 was set in Arkansas' June 6 game against the Bears.

Average actual attendances at Baum Stadium were 4,376 in 2015. Several games were canceled, postponed or rescheduled because of weather.