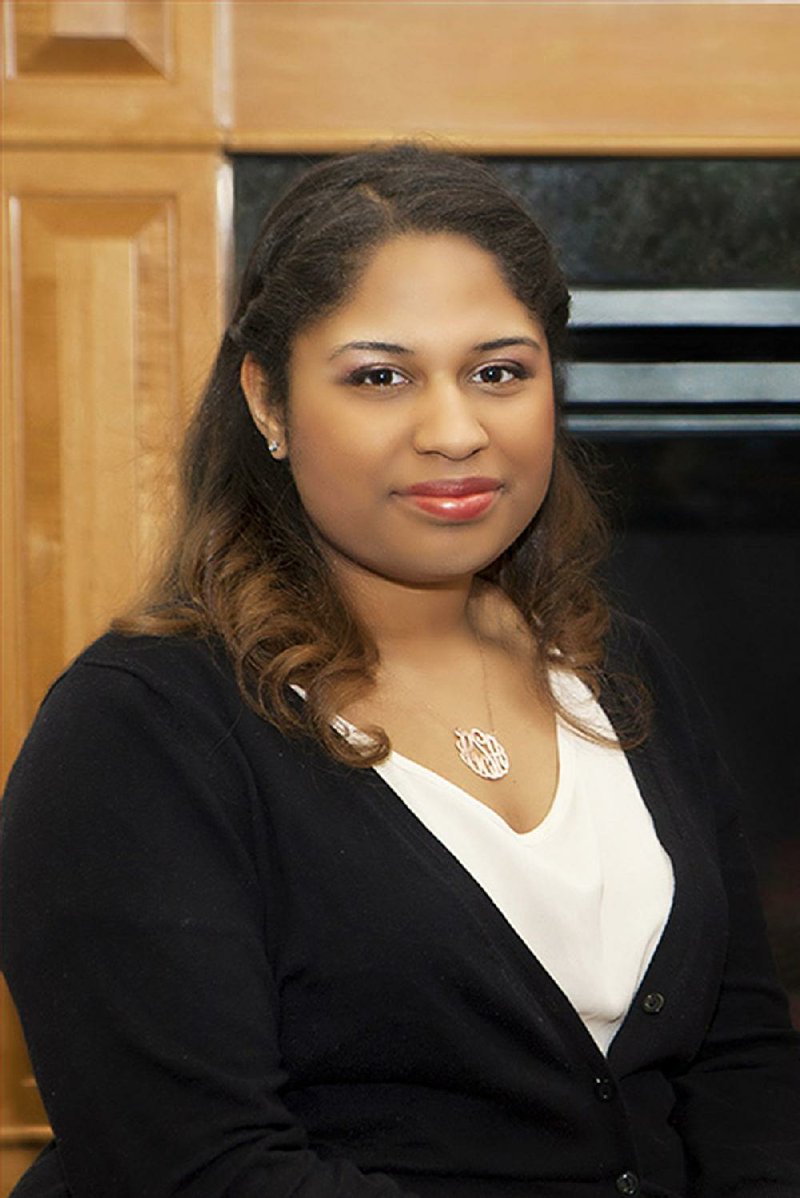 Cicely Shannon of Texarkana is interning at the White House this summer.

In Ukraine, the delegation led by U.S. Sen. John McCain, R-Ariz., visited Dnipropetrovsk and went to Eastern Command Headquarters, met with soldiers who had recently returned from fighting in eastern Ukraine and sat down with a group raising money and supplies for soldiers.

Cotton said he wanted to see the soldiers, and get a feel for their morale and supply needs. He said they requested weapons, as well as medical supplies, radios, radar and other nonlethal equipment.

In Slovakia, the senators met with eastern European leaders and attended the Bratislava Global Security Forum, known as GLOBSEC, where they participated in a panel discussion on "U.S. Foreign Policy: Still a European Power?"

Cicely Shannon of Texarkana is interning at the White House this summer. She is studying economics at the University of Arkansas at Fayetteville.

Shannon and the dozens of other White House interns attend weekly seminars to meet with senior staff members, talk about different parts of the executive office of the president, and participate in service projects at schools and nonprofit organizations.

Members of Congress headed home to work in their districts this week and celebrate the Fourth of July. They are to return to Washington on July 7.

Womack met Korean War veteran Rex Hickox of Bentonville on Tuesday when Hickox participated in the Honor Flight of the Ozarks to the WWII Memorial.

U.S. Sen. John Boozman, R-Ark., gave the weekly Republican address, which was online Saturday at www.youtube.com/user/gopweeklyaddress. In the recording, he talks about the importance of funding America's military and criticizes efforts by Senate Democrats to hold up the fiscal 2016 defense spending bill until Republicans accept funding increases for nonmilitary spending.

"This strategy to avoid Senate debate of the Defense Appropriations bill risks serious damage to our national and global security," he said. "Blocking this bill reduces readiness by depriving service members of the supplies they need to effectively carry out their missions."

On Tuesday, U.S. Rep. Bruce Westerman, R-Ark., met with Vicki Stanley of Hot Springs and Steven Blackwood of Little Rock. On Wednesday evening, he gave members of the Greater Hot Springs Chamber a tour of the D.C. Capitol, including stops on the House and Senate floors, which aren't part of the normal tour.

Planning to visit the nation's capital? Know something happening in Washington, D.C.? Contact us at (202) 662-7690 or swire@ arkansasonline.com.