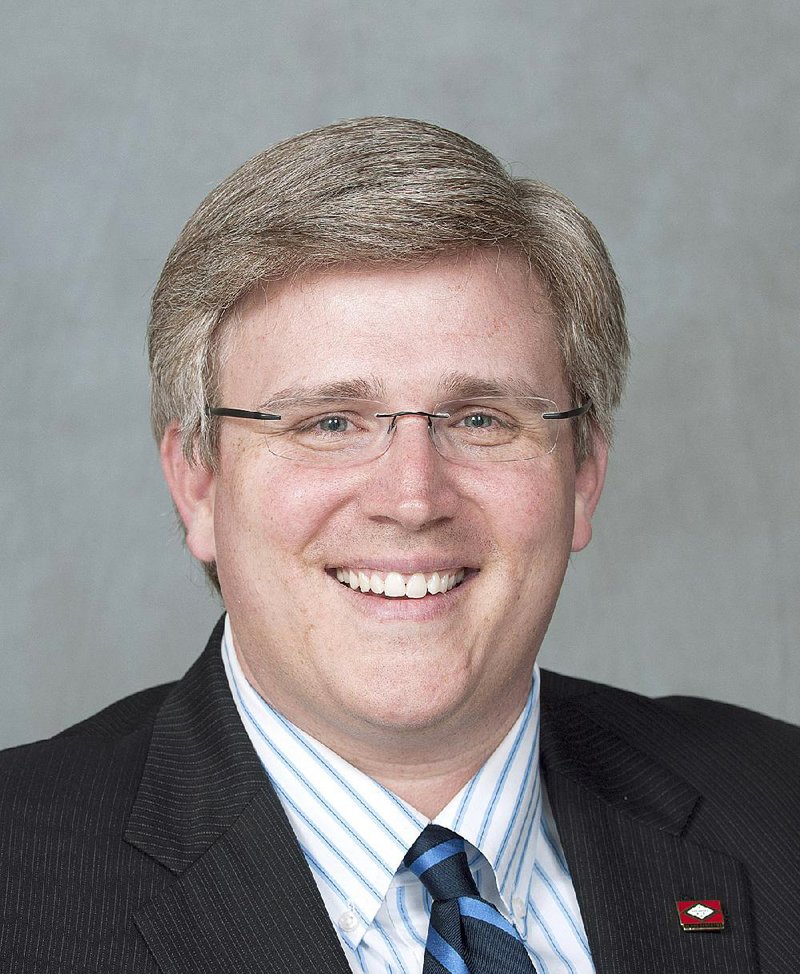 Harris, R-West Fork, and his wife, Marsha, adopted two sisters in March 2013 at the request of their mother, Harris said. The Harris family sent the two girls to the Bella Vista home of Eric Cameron Francis, now 39, and his wife in October of 2013.

Eric Francis was arrested in the girl's assault on April 4, 2014. In November, he pleaded guilty to three counts of sexual assault in the second degree, involving one of Harris' adopted daughters and two other girls. The two sisters have since been adopted by another family.

The girls were sent to the Francis home because they had become a danger to themselves and others in the Harris home, Harris said.

"When our adoption became final, we went to the court, the whole family, exchanged teddy bears and everything -- and it was like a light bulb suddenly flipped on for the girls. They knew, suddenly knew, that this was their forever home, and they were no longer ever going back to Mom's house," Harris said. "There was anger and an instant behavior change."

Harris said he sought help for the girls and took them to counseling, but their behavior did not improve.

No law prohibits a parent from leaving a child in the care of others.

The Harris family maintained contact with the two sisters and forwarded any money received from the state Department of Human Services for their support to the Francis home, Harris said. The girls seemed to be doing well, he said. The state became involved with the girls while they were still with their natural mother, he said.

"We would have never knowingly put a child in harm's way, and anyone who knows us knows that," Harris said.

Former Gov. Mike Beebe said Wednesday that he never heard of a Human Services case in which a family had gone through an adoption and then given the child up soon thereafter. Beebe was governor for eight years, state attorney general for four years and a state senator before that, beginning in 1987.

"I was shocked. I'm appalled. Why would anyone go to the trouble of adopting a child and then give the child away?" Beebe said.

Beebe said he considered calling for steps to discourage adoptive parents from releasing their children to others. He didn't because he could not reveal his reasons until this case became public, he said. The case's records did not become public under the state Freedom of Information Act until Francis pleaded guilty in November. Beebe left office in January.

A bill to prevent "re-homing" was filed Wednesday. Rep. Greg Leding, D-Fayetteville, filed House Bill 1648, which would prohibit transfers of adopted children to other families.

"First, our thoughts and prayers are with this little girl and other children that may have been exposed to injury as a consequence of this practice. I think everyone in our caucus was dismayed to learn that 're-homing' is allowable in Arkansas, and a bill has already been filed to address this tragic gap in the law so that our children can be protected," the statement said.

Asked if he thought Harris could continue his work as a legislator, Armstrong said he didn't have a definite answer.

"That's a tough one to call. As long as Harris can do his job ... he should do that," Armstrong said. "It's too early to call [until] all the facts are known. But we're focused on fixing the actual problem."

House Majority Leader Ken Bragg, R-Sheridan, said he did not know the details and did not want to speak about the specifics of Harris' situation.

"I've known Justin since being elected to the Legislature. I know him to be a dedicated Christian, a family man with the highest integrity who cares deeply for the welfare of children," Bragg said.

House Speaker, Rep. Jeremy Gillam, R-Judsonia, said there would be no sanctions or repercussions from the legislative body in this case.

"At this time, that situation, as far as we're concerned from the House perspective, is past tense, and we're moving forward and looking at the remainder of our calendar and finishing the month strong," Gillam said.

Flowers said she was "shocked" to learn that re-homing is practiced in Arkansas.

"I didn't even know [re-homing] was a word. Most of us didn't know it was a thing. ... We didn't know it could be done," Flowers said. "The important thing is to close the loopholes and protect kids."

Asked if she thought Harris' ability to act as a lawmaker had been compromised by the revelation, Flowers said "that's a good question," but she didn't offer an answer.