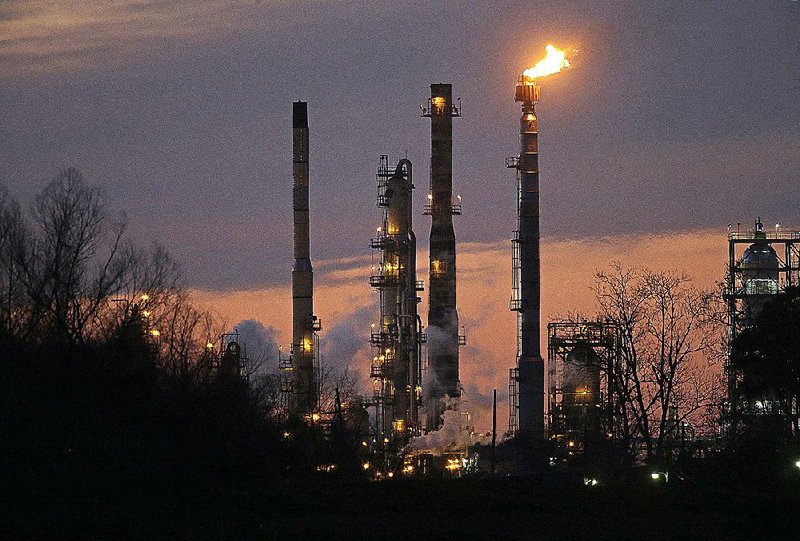 In a world of $55-a-barrel oil, Exxon Mobil is relying on shale fields in Texas, Oklahoma and North Dakota to fund the next wave of big overseas projects it needs to thrive in the future.

Exxon unveiled plans last week to double the amount of oil it pumps from U.S. shale fields during the next three years, even as it moves more cautiously on investments in big projects elsewhere. Decades after quitting many U.S. fields to pursue bigger reserves from the Middle East to the North Sea, Exxon now sees its U.S. assets as its most reliable cash engines.

With its leading technology, expertise and market clout, the biggest U.S. oil producer has been able to reduce costs and improve efficiency in domestic shale fields it began acquiring in 2010. That progress, coming even as the price of crude has dropped, has allowed Exxon to generate "attractive returns," said Chief Executive Officer Rex Tillerson.

"It might surprise some people how attractive some of these things are in this environment," Tillerson told a gathering of investors in New York. North American shale "is more resilient than some people think it is."

Exxon expects its worldwide production of crude and natural gas to climb 7.5 percent to the equivalent of 4.3 million barrels a day by the end of 2017, the Irving, Texas-based company said. The last time Exxon performed at that level was 2011.

The U.S. contribution to Exxon supplies has been nudging higher for the past few years as Tillerson renewed focus on domestic assets in shale and other so-called tight-rock resources that require intensive drilling and fracturing techniques.

U.S. wells accounted for 22 percent of Exxon's crude output last year, up from 15 percent in 2008. The supply bump from Exxon's domestic, onshore fields during the next three years will be driven by drilling in West Texas, North Dakota and southern Oklahoma, according to the company.

A "significant portion" of U.S. shale fields are competitive with overseas oil projects at current prices, Tillerson said, thanks to more efficient production techniques and cost cutting. His statement contradicts many analysts who had predicted most shale wells would become money losers as crude fell below $75 a barrel.

Tillerson's remarks "suggested to us that an opportunistic acquisition is increasingly likely, particularly if low prices persist into 2016," a team of analysts led by Paul Sankey at Wolfe Research said in a note to clients.

"Our assumption is that the top target for a deal would include U.S. unconventional, led by the big three plays where they already have scale and learning: Bakken, Permian and Woodford/Ardmore," the Wolfe team wrote.

EOG Resources Inc. and Occidental Petroleum Corp. also would be good candidates, though they may be too expensive, the Wolfe analysts said. Pioneer Natural Resources Co. and Denbury Resources Inc. also may attract Exxon's attention, they wrote.

For Exxon, a fresh injection of shale oil couldn't come at a better time: the company's fourth-quarter output fell to the lowest for that period since it acquired Mobil Corp. in 1999. And its exploration failure rate worsened to 39 percent in 2014 from 33 percent a year earlier.

Exxon has about $1 billion tied up in a Russian joint venture with Rosneft that's been left in limbo after U.S. and European Union sanctions forbade investment in that nation's Arctic, shale and deep-sea oil sectors. Russia surpassed the United States to become Exxon's biggest exploratory prospect last year.

Exxon is sticking to production targets established when oil traded for more than $100 a barrel, signaling confidence that demand for crude-based fuels will continue to expand.

The company plans to increase output by 2 percent this year and 3 percent annually in 2016 and 2017, according to a presentation that accompanied Tillerson's remarks. The outlook assumes an average crude price of $55 a barrel.

The forecast is little changed from Exxon's outlook a year ago. At the time, Brent crude, the benchmark for international oil sales, traded for about $108 a barrel. The price has since fallen about 44 percent as global supplies grew faster than consumption, an imbalance Tillerson suggested may not change any time soon.

"There's a lot of supply out there and I don't see a particularly healthy economy," Tillerson said. "My opinion is, people have to kind of settle in for a while, and I can't tell you how long that's going to be."

Crude output from U.S. shale fields probably won't decline much, if at all, in response to tumbling oil prices, said Tillerson, who entered his 10th year as CEO in January. Politically volatile regions such as Libya and Iraq will add to the global glut as conditions improve, putting additional pressure on prices, he said.