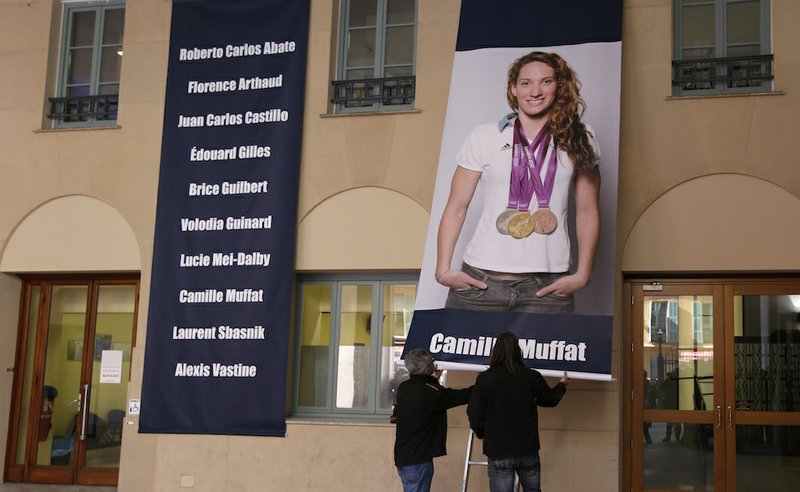 A poster of the recently killed Olympic gold medalist swimmer Camille Muffat is hung Tuesday, March, 10, 2015, at the City Hall of Nice, southeastern France. Argentine recovery teams arrived on March 10 at the site of a helicopter collision to recover the bodies of 10 people, including Muffat, 25, who was participating in a reality TV show.

The helicopters came down about 50 feet apart and were completely destroyed. One of the aircraft was so charred that only the blades were recognizable.

Among the dead were Olympic champion swimmer Camille Muffat, Olympic boxer and bronze-medalist Alexis Vastine, and pioneering sailor Florence Arthaud. They had been among the contestants in the reality TV show Dropped.